My hopes for fanfest

I’m hoping that CCP will reaffirm it’s desire for EVE to become the ultimate sci-fi simulator with a roadmap towards that future.

I’m also hoping that the long awaited FPS will get a launch date. 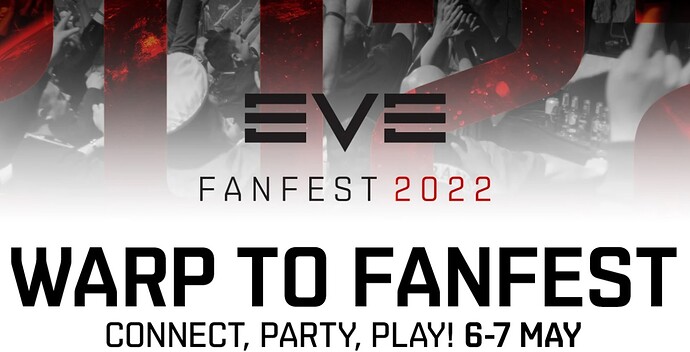 I hope for more pictures of Hilmar in a hot tub.

Personally, I’ve never really cared for fidelity. Other games that have put emphasis on this design aspect describe a very vague atmospheric game, but there is no telling whether being able to make coffee while your ship travels in warp would be a remotely interesting feature.

What I have always taken an interest in is gameplay loops, emergent gameplay, strategising and co-ordination between large groups of likeminded players to achieve a goal with a sandbox big enough and with enough toys to experience a varied amount of possible content.

The three biggest expansions for me were Revelations II (introduction of Triage), Apocrypha and Phoebe. These introduced new and exciting mechanics or tweaked existing mechanics in a way that instantly created new gameplay styles that took years to fully explore and mature.

If there is a large content patch revealed at fanfest, I would hope that it’s something that, like those patches, shakes the foundation of the game in a positive way. I feel like every content patch from citadel onwards has had a net negative effect on the game and forced players into adopting already established or pre-defined roles in the way that CCP wants them content to play out rather than giving players freedom to develop stategies of their own.

CCP never intended oversized modules to be uesed on ships.

CCP never intended the EM resistance profile and free high slot on a muninn to be used to fire smartbombs en masse to destroy incoming missles; which was a hard counter when the drake was considered overpowered.

You could take a nighthawk and armor tank it. It wouldn’t perform as good as a shield tanked one, but it would give you 5 medium slots where there was only one other battlecruiser in the game that could achieve this (Harbinger Navy Issue) while still being viable; giving you dual prop, scram and capacitor boost

CCP decided that all ships should follow a common structure rather than having unique capabilities. Now you have to shield tank it because there is literally no benefit to doing otherwise. If you’re caldari, have +2 mid slot and -2 low slot. Vice versa for Amarr. Gallente -1 mid + 1 low, vice versa for minmatar. Everything is specialised to a particular role that it can only really perform that role when in the past I felt like there were endless surprised in how a ship could behave.

I couldn’t tell you what I want to see exactly, I only know that I want to see something that hooks me like the game did the in past. Where I’m playing the game everywhere I go from the car, at work to when I’m sleeping. Thinking about the possibilities that I could encounter or create in the game.