in the “ship bonus” is it per skill lvl like the baseline dreads?

Where will the Navy dreads be seeded from? FW LP Store or normal Empire LP store?

Just updated this - the second one here should have been " Fuel Bay Capacity" - good spot!

Will any work be done on the Pirate Faction Dreads. In particularly the build cost for the Vehement, it’s a complete joke compared to the other two as are its bonus’. they definitely need looking at!

Not currently no - you can find all the other ships that are having a balance update currently scheduled over here: Balance Updates Coming with Uprising!

I guess these will be particularly good in CRAB sites and other capital PvE, and in wormhole brawls where mass limits define the fight parameters.

Someone please 1v1 a super vs a navy dread and see how it ends up.

Navy Thrasher looks to be about 2k/s cold and Navy catalyst looks like it can get around 1.9k/s. Not blistering fast, but faster than T1 and still workable with mods.

Not to mention, with all the range bonuses on the corm navy, we probably don’t want that to be significantly faster otherwise it’ll just be longbow rail corm 2.0.

Interesting redesigns of the Moros and Phoenix. I just wish CCP had redesigned the Revelation into the design from the Empyrean Age book cover: 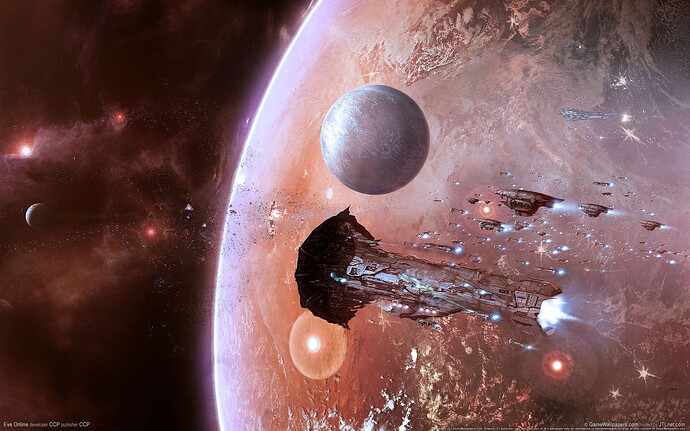 The Coercer looks quite sexy.

2.5 would be about right. They should be generally faster than cruisers, this is how ship classes work for everything except T1 destroyers, because of ??? CCP reasons. And yeah range bonuses are horrible.

Compared with these new ships…
Consider any improvements for the pirate fraction dreadnoughts?

Can’t wait until the Uprising expansion arrives on 8 November? You can test all the above ships over on the Singularity test server right now and check out the full details on stats for the new navy destroyers and dreadnoughts over on the EVE Online forums.

Thats what it said in the article on the website.
Sadly the ships arent on the market on sisi when will they be?

Kiki is 2.2k/s cold without any mods. So navy thrasher isn’t too far off. And 2.2k/s is still plenty useable considering kiki’s are everywhere.

They’re everywhere for a bunch of other reasons, they aren’t that fast. Vedmak is faster lol

On SISI the Navy Rev has a Neut bonus as well to the Nos bonus, is this intentional? If so it completely overshadows the Chemosh by 10% per level and with the damage/resistance bonus it far outclasses that ship. When taking cost into account it sidelines a ship that isn’t even used anyways because it doesn’t provide enough benefit for the cost.

Looking at the preview pictures, the Moros and Revelation seem to have clipping issues with the logo. 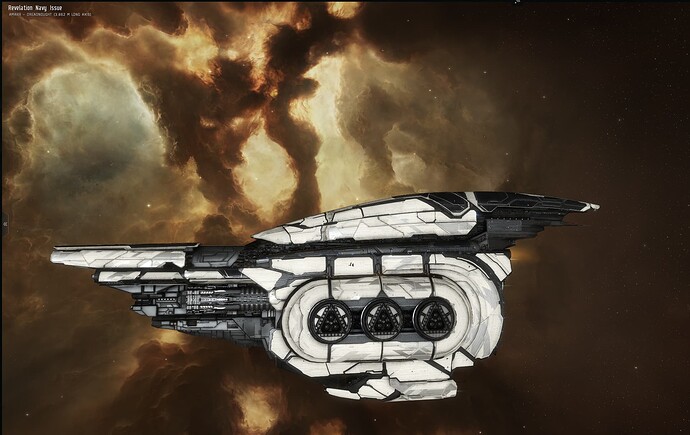 I sure hope this is not the final quality for them. It’s probably attributable to the LOD settings, but logo clipping shouldn’t happen at all.

“the build costs are the same as T1 dreads, only difference being the LP cost of the blueprint” --CCP Swift

blueprints cost 200m isk and 2 million LP, plus a few cheap items, so roughly 2-3b more than current cap prices if you value LP at 1k isk/lp

you can also pay a dread, 5m lp and 200m of items to instantly upgrade it to faction
Reddit

They all get racial ewar bonuses except the Nag? I get why a web bonus would be broken, but… an armor rep bonus?

Edit: Actually the shields boost amount is new too, that makes it more worth it. Pretty nice, my nag can be even tankier lol

If the post is more correct, the Revelation Navy bonus is a useless piece of ****. It feels like the person who made it doesn’t understand the mechanics of Nosf`s