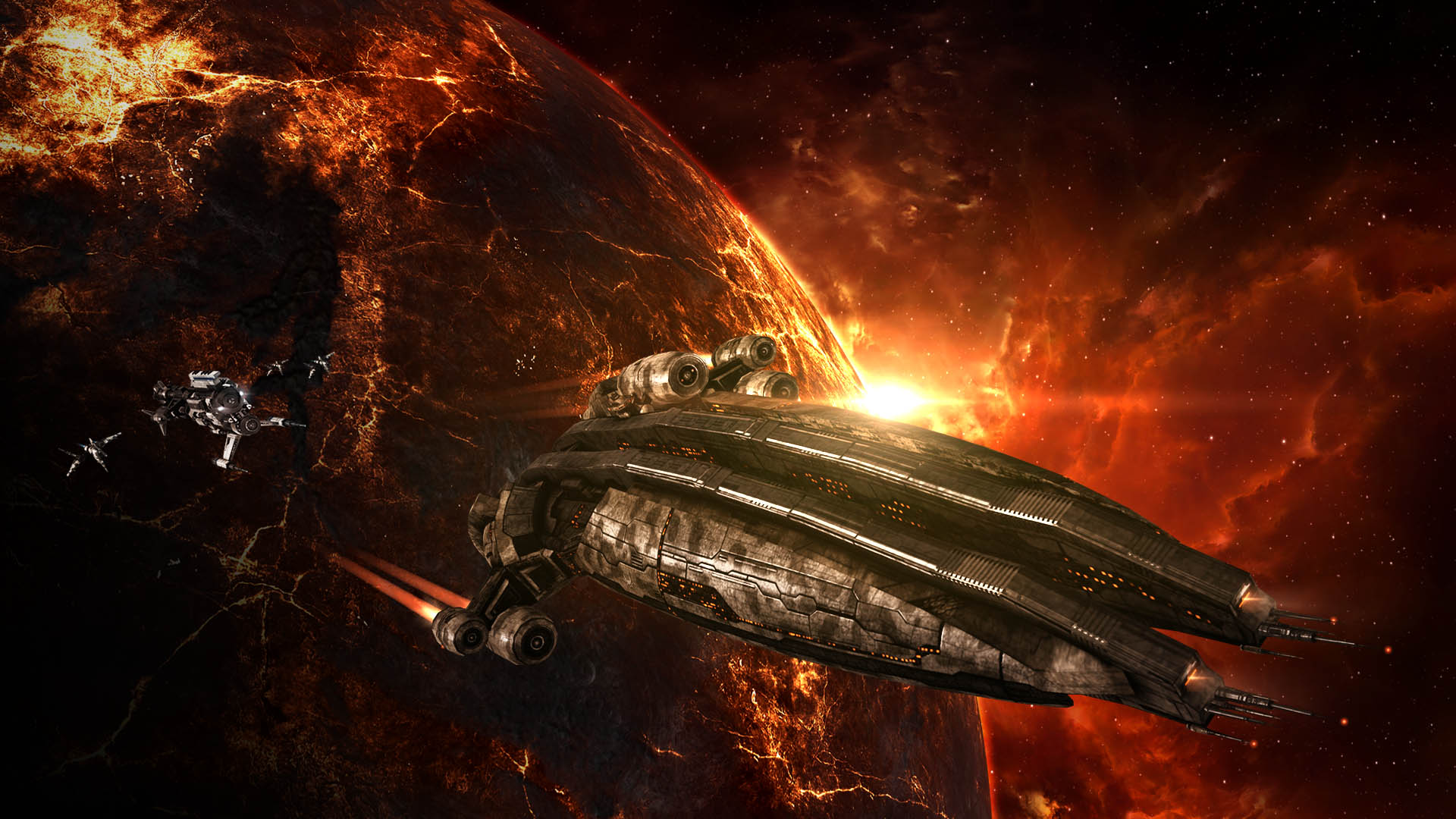 Check out this Dev Blog for more information on balance changes coming in the March Release, as well as details of a new hull that will be made available specfically for use by fleet commanders.

We going to ever see a wider release of the Marshal?

EDIT: Looks like Falcon confirmed a week ago that these are still slated for Q1/Q2

Awesome changes so far. So glad to see you fixed the muninn, now i will be flying it much more often. Both dual rep ac and arty fit.

T1 battleship changes are a great start, some battleships may need more cargo than 25%, such as the maelstrom, as its heavily reliant on cap boosters for its active tank bonus and the need for multiple ammo types.

Id also recommend increasing sig resolution on all battleships by 25mm to put distance between them and dreads/carrier (the navy scorp/rokh have less sig resolution than a nag). This would go a long way in helping battleships feel more lively. Instead of waiting 15s to lock a frig.

The only Battleship allowed to be good
Machariel: 156.3mm

Outside of a few t1 battleship changes, navy faction BS could use a lot of love. Some are really good, some are near useless.

Overall in good shape but itd be nice if it got the fleet bonuses from the cane and firetail to set it apart from the t1 pest. So 10% tracking and damage. Maybe have slightly less actual dps than a t1 pest, but would apply very well and have a massive alpha when using artillery.

Typhoon fleet:
Good RHML ship, poor mans barghest. No one with a brain uses the gun bonus (t1 pest is way better/cheaper and fleet pest does more damage with better fitting). The only exception is if someone goes full gank fit with guns and missiles, which is rare and shouldnt be the reason it sticks around with a rarely used bonus.

Make it a dedicated missile ship, give it the t1 phoons application bonus (or even a tp bonus), move a high to a mid.

Navy geddon:
Other than afk structure bashing, i cant think of a use for it. Its too slow, cpu limited and slot limited. A complete rehaul would be good here, maybe make it drone/laser combination? Laser damage/drone dmg+hp. Move a high to a mid.

Rokh:
It has 4 launcher slots, give it 4 more (no missile bonuses). So it could function as a hybrid navy raven and SNI if you so choose. Not really needed but would be fun for those who want to make a missile rokh.

Navy Raven:
Arguably the best torpedo battleship in the game, though fitting/tank suffers when squeezing 8 torps in. Either add more fitting or give it the navy drake treatment. 5-10% torpedo/cruise damage, and remove the velocity bonus. Drop a launcher or 2 and either keep it as a utility high, or move to a mid.

that cyclone is still only 8 weapons, with heavy rate of fire gimpage. drake, brutix and harbinger are 9 with no rate of fire heat/reload troubles, cane is 10. still, this beats the hell out of doing nothing for years

Not real happy with the Machariel nerf.

Angel (and Minmatar-based ships in general) have always had strong abilities to shield OR armor tank, and now, you’re going to be deliberately changing that meta for ONE ship, and one who’s mastery requires duel battleship SP training, nonetheless. That, when combined with the fact Minmatar has no other useful projectile battleships, thats a lot of wasted skill points, It’s a pirate battleship. It SHOULD be top tier, not nerfed into oblivion.

Plus, you announce the nerf to the Mach what, days, maybe weeks after releasing new skins for it, listed as one of the most expensive sub-cap skins in the store? Real cute CCP, real cute. Grab some expensive skins, and then grab extractors to quick skill to a new meta, never to touch a Mach again.

If the Machariel will aim to be potentially a shield ship in the near future, could you adjust the CPU/PG balance to match his next layout ? with the actual stat fitting may be difficult to make him decent as a shield tanked one.

Some pretty good changes. Great to see that BS will finally get a cargobay that somewhat matches their needs. The lock range bonus is also great, but they could use a bit scanres. It’s quite silly that carriers can lock way faster than them.

I like the Mach change as well. It’s a good nerf that hits blob machs without screwing over skirmish machs. And all the other changes are great as well. Keep them coming

Certainly a good start, great battleship buffs and HAC buffs. The slight tweak of the Orthrus is also a good start, but really only changes the fact that you now need a single t1 fitting rig on the standard xlasb fit. Good nerf to F1 blob plated Machariels and a slight buff to the nano shield mach, but just from glancing at current fittings it needs a significant boost in CPU output, at least on par with the Barghest, to be a viable shield platform. Overall, a good patch though!

Lol. No other projectile ships? Pest, fleet pest and maelstrom are all widely used and just as competent as a mach if used correctly. The mael cant kite, but can still alpha things and sport a good tank in fleet settings.

Not to forget that the Fleet Pest can fill the exact same role that the mach does now, and even got more base armour.

Some radical changes in here. I like it! The shake-up will be interesting.

How about NO, nerfing Caldari ships puts strain on the pilots who want to stay within shield, we already suffer do to fitting space.

Yep, pretty sure PL used them widely before machs got so cheap to field.

The “Monitor” sounds like a troll. Regardless, if it’s a command ship it should be able to fit at least command bursts.

WOAH, WHAT?! Mass Control on wormholes? We never asked for that, wtf.

I didn’t see that on the notes, where is this information?

I think the vargur would also do with a small targeting range boost.

Especially since this targeting bonus is aimed to work with MJD and the marauders are all bonused for MJD use.

Why you forget about Sacrilege? This ship need some changes too