So the Machariel range gets another nerf (it already had falloff reduction in last 2 years, now it will have even less range)?

Do you think having medium railguns shooting the same range as large a good thing?

Atleast the eagle is a HAC, so it should have the range.

edit: the eagle and the megathron needs a tracking computer (optimal script) to get those ranges, the ferox does not. with no tracking computer the mega goes down to 72km or 300 dps (if you use longer range ammo at 86km)

Thank you, nice changes! But what about Zealot? It isn’t competitive ship with 3 medium slots.

Thank you very much for responding to the community request for balance changes. The game is so stagnant usually, if you can keep regular, small balance changes up then the game will be much healthier.

A never ending cycle of balance changes - all this does is change what will be the new flavor of the month. It is simply impossible for true balance to ever be reached. It would be better if ccp stripped out the role bonuses and made generic hulls - with “roles” coming from rigs and modules that were fitted by players. In other words - have hulls classified by size - then if you wanted a large hauler - you fit appropriate rigs and modules for that, whereas if you wanted a battleship - you would fit rigs and modules for that. This way balance would come from the sandbox not the devs.

if you want to nerf it, then range is fine, i can agree that it can be pain to deal with.

Also what happened to the tiny hanger bay that it had at one point.

Where are the promised HAC changes. Not bandaids, the actual balance pass on all HAC that we were promised from the dedicated balance team.

Good initiative. I hope you wont ignore some forgotten ships like Primae (totally useless) or Echelon (give it at least utility high for Probe Launcher?) and issue with outdated marauders tractor bonus.

Hope the Muninn’s model gets a faceshift to accommodate the 5 high slots that would be nice aesthetically. 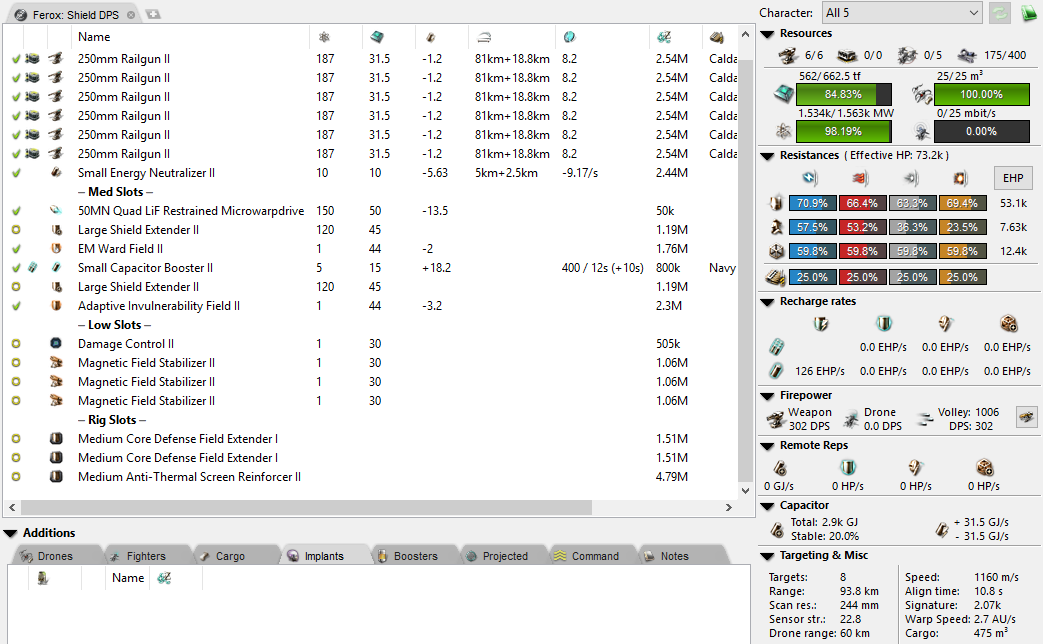 That is the fit i´m looking at with cal navy iridium loaded.

HICs with multiple bubbles have been used to close mass-critical wormholes for about 8 years now. From the sound of it, CCP is planning to remove the mass-decrease from the disruption generator, thus making it useless for closing wormholes.

HICs with multiple bubbles have been used to close mass-critical wormholes for about 8 years now. From the sound of it, CCP is planning to remove the mass-decrease from the disruption generator, thus making it useless for closing wormholes.

An additional wrinkle here is that they seem to want to preserve the function of lowering the mass of a ship for the purpose of surgically exhausting a wormhole’s available transit mass. Hence, why they punted on hictor changes for now.

They better not make it so we can’t close frigate holes, this was basically the only way to do it

There were two major takeaways from the CSM feedback during the summit:

The lock range changes - they just cement the already established sniper-brick-BS meta, and in that format -1 low +1 mid isn’t strictly a nerf either, however the falloff reduction is a good step.

The FC ship is probably the most un-sandbox thing I’ve ever seen, a 2 slot ship with pre-set stats and role. It has no place in EVE and “head shotting” already has many viable counters. To be honest I don’t even see it being used ever, it’s the kind of thing people who don’t actually FC would suggest and support. For that reason I don’t really care that it’s added, just seems like a waste of time.

The Ferox is still the best non-BS in the game for everything isk ratio wise, the fitting change really doesn’t do anything. For this not to be the case signature needs to matter again, and the signature link revert would go a long way to making that happen.

As for leaving 500MN HICs in the game because some dumb wormholers complained, tell them to adapt like every other area of the game has to every time you make changes. Stop catering to the niche cry baby bottom feeders that are the wormhole dwellers.

Overall at least you tried.

I would like the warp speeds of the angel ships toned down, fleets get the ‘you’re slowing us down’ negative mentality, you can’t bring a battlecruiser to a machariel fleet , and destroyers to a cynabal fleet because of it. improve the warp speed bonuses of hyperspatials to compensate.

That, when combined with the fact Minmatar has no other useful projectile battleships, thats a lot of wasted skill points, It’s a pirate battleship. It SHOULD be top tier, not nerfed into oblivion.

That isnt true. While I am not a big Battleship fan, because they are slow as DIRT. I can tell you they have two gun battleships. While one is WAY better than the other, and the Machariel was a better ship than both of them. But that is true for all of the pirate ship hybrids vs the T1 base ships.

Like the Maelstrom it has 8 guns and 8 high slots.

PLSSSS add this to all BS, right now you have to fitt cargo expanders to marauders is you even think about doing pvp in one

A different fit than I use, however i will agree with you that if the ferox needs to be nerfed than the sniping ability should be toned down.