The UI overall looks pretty nice, and does seem a bit more vibrant… Some feedback from my short time using it.

Ask for feedback, and yet after another iteration it still feels like free alpha testing that you are asking us to do, and more attempts to reinvent the wheel, ie playing with the undock button, which some arty thing was teased at during fanfest, so you are making multiple iterations at once? Some clarity over your aims with undock will be needed tbh.

The isk coming in when you get a payment, doesent nicely roll in any more, just ticks in. very boring and looks buggy as it does so.

Tiny undocking button? coupled with ‘board my corvette’ the most redundant button on the panel being the biggest? I understand its use for newbs but if it has to be there, give us an option to remove it please, or at least not make it the biggest button there. 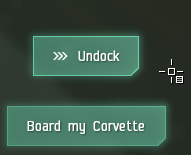 Tiny icons on the probe scanner when running in 4k resolution. 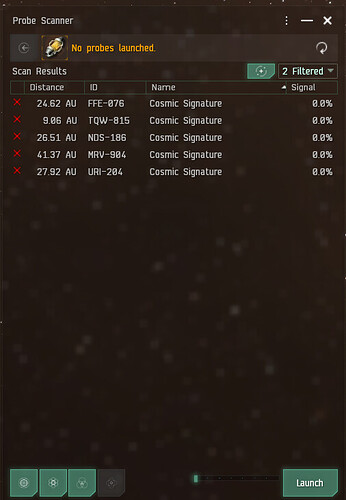 Wild errors and inconsistencies all over the shop really. Like I said feels more like alpha testing bug reports rather than offering feedback. Item panel running things down only in 1 column? if you could get it to just do what the ships tab does, all nice and neat already? How did this even get published on TQ, regardless of it being in beta, it just smacks of shoddy work. No wonder so few people want to use it in its current form.

I’m back to the old one now, after being wound up by this mess. 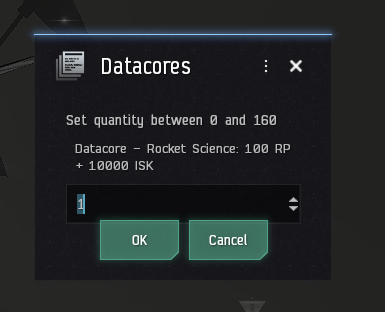 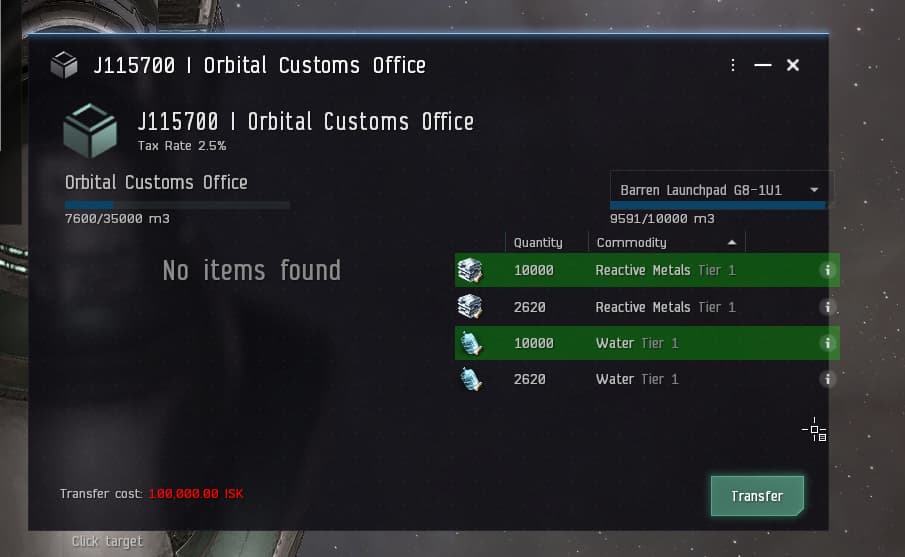 Oh the items hangar does work, sometimes, Azbel can do it ok, fortizar cannot? also text is still getting clipped on hangars.

Black text with a shadow is extremely irksome as well, most prominently the speed / warping text on the cap console, but anywhere it appears is unfriendly to my eyes, at least on 4k resolution, looks better when you zoom into the image posted below tho, so doesn’t capture what client is showing adequetly.

I had to give up on testing this. Out of all the issues with Photon, the things that killed it for me was hacking and storing fleet setups. On hacking, I tend to be a bit rapid-fire through the hack due to working in a hostile environment, and because of this my clicks were maybe 80% of the time able to hit the nodes, but the other 20% I was skipping the window around all over the place. Can’t say I really had that problem with the old UI. For the fleet setups, you can’t store the free-move setting when saving the setup. I get that this is a beta and all, but when you’re unable to hit option boxes and have UI elements overlapping to the point where they become unusable that’s a bit of a quality control issue that needs addressed.

Also, what the heck is going on with the chat window? I swear I’ve seen two different versions of the local persons in channel sidebar, one with the total player count at the top and one without. No idea what causes it to switch, but when you’re in a ship that’ll pop if you sneeze on it with a lot of really expensive cargo from sites, seeing that window change out of the corner of your eye and not being able to figure out what changed will make your butt pucker really quick. I’d like to minimize my heartrate spikes, thanks.

Looks good. I like it so far. I did run into a bug though. The Hangar Ships and Items buttons randomly disappeared while in the hangar. I was able to get it back after clicking on where the two buttons should be. The icons also seem to get stuck in list form (ie a single column even when there is enough horizontal room to have multiple columns).

Why you create flat “metro” style interface in game? It looks cheap, like free template in Joomla or WordPress. I really hate how my windows 10 looks (windows 7 themes looked much better) and now EVE started to follow this trend on forums and now in game. Microsoft must die, they are responsible for this madness

To start off, i really like the look of the new UI. but!
It takes up way to much room to get the same amount of information displayed as with the old UI.
For example, inventory now displays one row less off items for the same size, market window of the same size will not show one buy order for me instead of 4 or 5.
There is simply to much wasted space inbetween stuff in window and in the header of each window.

Its no fun to fly spaceships when i have my entire screen covered with different windows to display all info i want/need.
Switched back to the old UI after testing it out for 20 min.

so im not sure where to start.

i guess ill start with where my first incounter with it was which was on the test server and it had a serious bug of not being able to apply insurance on ships “not sure if this has been patched or not”. it seems to have some visual issues even on the test server it messed with the custom over views. it also caused lagg appone test of the test server.

TQ servers- the UI still messes with some overviews that i’ve seen i have not tested being able to put insurance on my ship so i wouldn’t know if that working proper. in some systems it still hard to tell things apart because of the coloring. the chat channels for me didnt change to what is shown here but like i said befor i think there should be more colors and more customization open to players. the ui at times still causes lagg depending on what system your in. this issue could not be cause because of the game but my net there but it seems to only happen when im running this ui.

My feedback is only by 2 points:

How do you turn on compact mode globally? IMO it should be default for all windows.

I like it! But there is one single issue that makes it a complete dealbreaker, and is why I’ll opt out of it: The “title” bars. They are huge, and take up a significant amount of space in a game that already has a huge screen real estate problem. Unfortunately, that’s a problem that can’t really be fixed; for many players in bigger corporations, it’s not uncommon to have multiple chat windows open, while juggling between mails, inventory, the market, contracts, and other things. This is also true in PVP, such as when we use the probe/D-Scanner (and is why I NEVER use full screen on it).

Eliminate the white space (or give us the means to resize it to where we want it), and you have a winner. Otherwise, I literally can’t use it.

Long thread by now but didnt see it mentioned.

The cargo hold window ever since Photon UI hit is bugged when in compact mode. If you close the window and open it again its in a semi compact mode where you have to disable and enable it again to make it be properly compact mode again. This also started happening with the old UI also when Photon was released.

This was a really ugly one! It’s now fixed, you can use Photon now

i guess its been reported but one thing i noticed needs fixing is the buy/sell window layout.

always i enter stations i have to reScale the window…

It’s a strong move in the right direction. Some of it may be a welcome change from what’s become mundane, over time we’ll learn of the functionality and achieve a greater appreciation. Speaking of which, I do appreciate the team making this effort. It looks good.

One criticism: Being Minmatar tried and true through and through, that particular color scheme is significant to me. I’d go for a bit more subtlety. The present set of colors are a bit on the garish side. 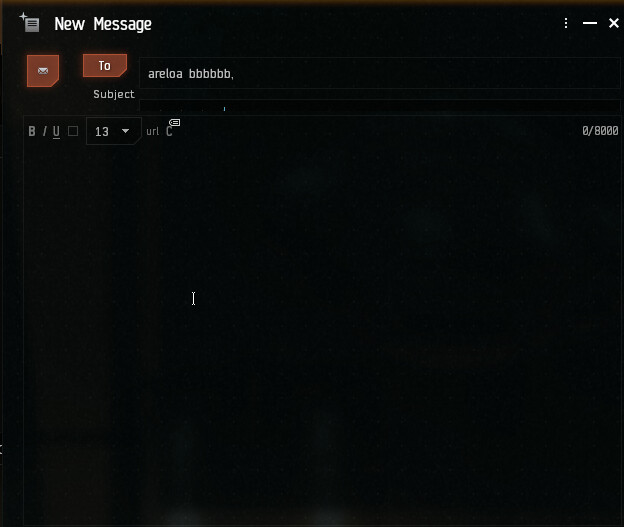 image624×527 35.4 KB
When trying to send mail and inputting subject, the subject text is not visible in Photon

so far so good but, please make that chat member list smaller, takes to much space ya should reduce a bit the standing icon, also on inventory filters i noted that the character “s” uses 2 rows

My first impression is that the headers are way too big. On my first load up of the UI the amount of available info shown on the screen felt like it had halved.

I tried it on my marketing character and found I couldn’t enter any buy or sell orders, as the price and amount buttons overlapped.

and the bookmarks in system tab also didn’t feel like it was useful, the number of visible entries reduced from 6 to 2, with the rest of the space taken up by the (useless) header.

Gone back to the original UI for now so I can do my marketing stuff.

Hope the feedback helps to improve the UI.