The new Feature Preview system is live on TQ which means you can now opt-in to try out the Photon UI there. Big thanks to everyone who spent their time on providing their feedback in the Welcome to Photon UI thread. This is invaluable and we are looking into expanding on the design aspects that were highly pointed out.

The Feature Preview system can be accessed via the Settings Menu (by pressing ‘Esc’), under the ‘Feature Previews’ tab. Any features available for preview will be listed on the left and can be opted into by selecting them and clicking the ‘Enable’ button. Enabling (or disabling) these features will often require a restart of the client, after which the selected features will be part of your EVE Online experience.

Check out the full blog on the Feature Preview System for all the details.

If we enable feature previews on the UI, and then revert back to the old UI, will it keep the old settings, are they separately stored?

first of all I personally like the new kind of design but there are a few things that don’t go well actually.

Apart from that I really like it. Especially the new right-click menu is way more accessible than before. The bigger and colored buttons are a nice addition and the overall unification of the UI is good. Just overthink the points I mentioned please

Restart required on using the preview? No hot reload?

It looks great. Very glad to see the UI getting some love after so long. A couple points of feedback before I get to work…

AND HOLY SCREW UP! WHO THE HELL HAD THE IDEA TO MAKE THE RESET QUICK BAR BUTTON A GOD DAMN RELOAD ICON?! WHAT IN BOB’S NAME ARE YOU SMOKING?

12 minutes into this UI and I am totally convinced that this needs a lot more work. A whole lot. And a whole lot more explaining why you did certain things the way you did them, so that we can actually discus what a good UI is. For now, this gets the same treatment as the New Star Map: ignored and turned off.

Besides: Why do I have to manually restart my client when I want to turn this stuff on or off? If I enable it, give me the option right away to restart my client. Don’t make me move my mouse down and about to the quit game buttons.

This UI is great, it will help the older demographic find the buttons.

CCP must have hired somebody with Windows Phone/Windows Start Menu UX skills.

When will the UI start suggesting windows to open and buttons to press?

Even with the brightness setting at its lowest possible setting the UI is still to bright. I have photo-induced nausea and the previous UI look didnt bother me. If you could include a seperate brightness slider for the UI itself, this would solve my problem. The other option if it is easier is to allow us to continue to use the old UI if we prefer it or in my case actually need it to be less bright.

I don’t think the current brightness changes the UI brightness but playing the rest of the game at 35% of maximum brightness allows me to play as often as I want with a minimal nausea level. The new UI makes me sick in about 90 seconds and even turning the brightness of the game to its lowest setting does not do enough to off-set the nausea induced by the new UI.

I tried the new UI on the test server for a few hours before being forced to stop by the nausea but my problem is cummulative over days, weeks and even months. So, If i could play 3 hours the first day, the next might be 1 hour, the next 5 mins for a few days to let the nausea drop back down or do something like mining and look away from the screen except when mining adjustments need to be made but serious game play ends for me if this situation cannot somehow be resolved.

I reallze I am just one person and understand that sometimes you have to leave a certain percentage of the market share behind because feasibility demands it, I hope this is not one of those situations.

First, I appreciate the time and effort put in by the devs to keep Eve looking fresh. I like the way the new UI looks overall, and some of the windows (Dscan, Probe Launcher, Overview, Skills, Agency, Wallet) look really good. However, there’s been a few “yikes” moments that I’ve had while trying it out:

I hope this is helpful!

First of all, well done CCP on introducing this preview feature into the live environment. Coming from a software delivery background myself I can imagine some of the challenges of delivering a feature like this, giving customers (pilots!) an option without messing up the game.

In terms of initial reaction, overall I like the feel of the UI and have a few observations:

Looks cool. I like transparent interface. Bad thing is the frames of the interface windows has become thicker so i have now little bit less of useful space 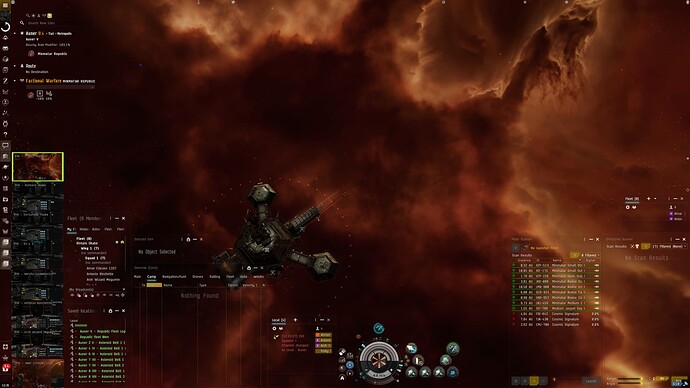 Only a few things stood out, I sleepily detailed them below.

In the simulation window, changing number of drones is a bit bugged.
https://i.imgur.com/wLQnxp2.png Using medium font size, and on a 3440x1440 monitor.

Creating a fleet is also quite small, needing to click the 3 dots instead of the relatively large hamburger menu in the top left. https://i.imgur.com/4CsJ8Vy.png

A few great things, the new jump clone menu is PERFECT, The highlighting of clones in station with you, and colored buttons is very nice, https://i.imgur.com/QmSOT5y.png new / old https://i.imgur.com/psQDrAc.png
Not sure if this just because my alt has remaps available, but the renamining in the Attributes tab of “Remap now” to “Attributes Overview” is very nice, as seeing a “___ now” button and not knowing what it does as a newer player is something you never really want to click…

I think that’s a non-issue. 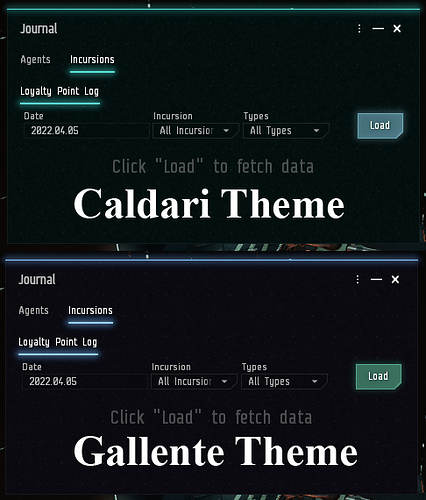 How did you enable transparency without blur?
For some reason, I have no transparency at all (wheter light background is enabled or not) while “Blur effet” is unchecked.
I can’t see any blur effect on your screenshot.

I think it’s something they can improve upon for future feature previews.

At the very least, not a full client restart but a relogin from the character selection screen.

We’re not running Windows NT (in fact some of us don’t run Windows at all, so we’re also boot.ini immune, and even then, we’re root permission walled unlike Window’s boot.ini).

I’d love to try this, but after enabling the feature preview it just simply blacks out all of my UI windows and prevents “enable light mode” from working… Anyone managed to fix this little issue?