I currently have an issue with PI that has plagued me for five months.
All the planet scans for two of my characters are completely exaggerated, leaving the planets looking like they have more resources than they do, and sometimes all white planets.

I have attached a screenshot below. I put in a bug EBR-220267, but got the standard ‘couldn’t reproduce this issue’ and closed.

Things I have tried to do to resolve:

Note: I have two characters on one account, one of which suffers this and one that doesn’t. As they share settings/cache I think this would probably rule out something incorrect in this area?

So I am very keen to hear if anyone has had this issue, or any suggestions to try. 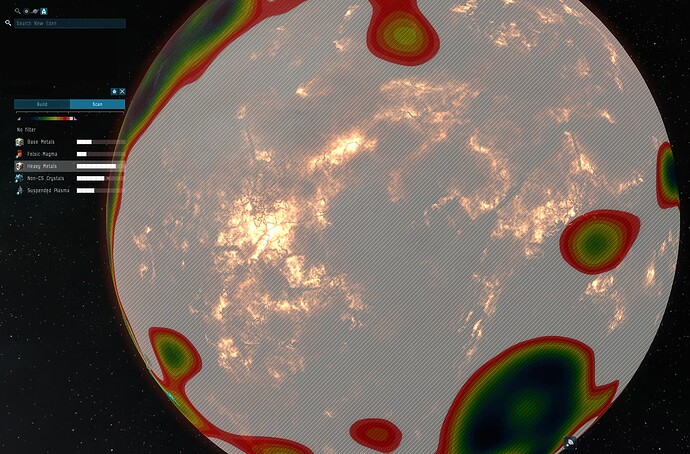 Hi @Paris_Rosek , it’s not a bug and I see the same thing often when I’m setting up PI.

Try playing with these two sliders: 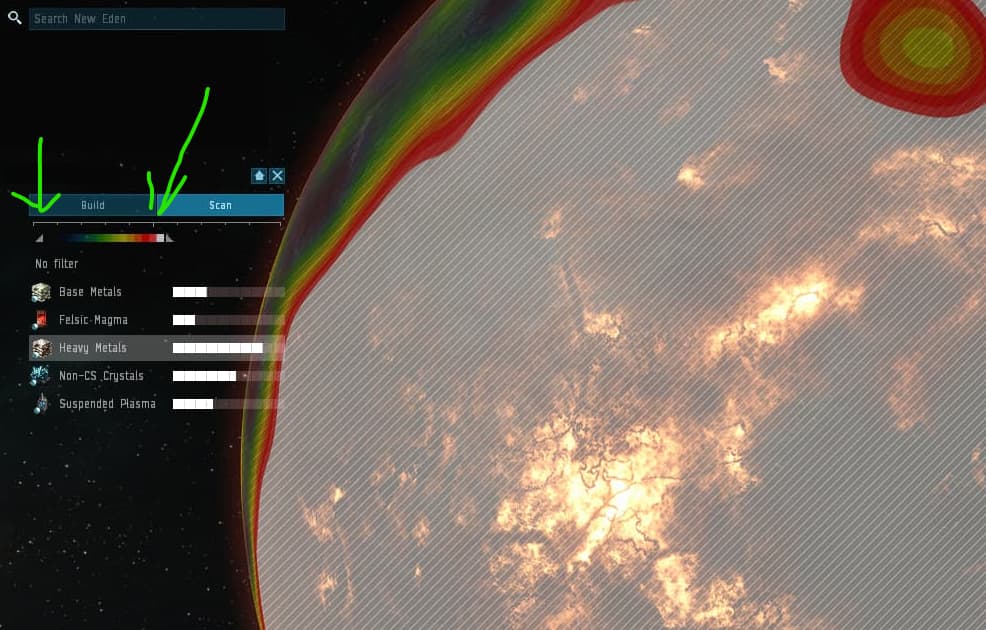 They represent your maximum and minimum colour value, which allows you to set the colour scale to what is most useful for you on that planet.

If you move the one on the right even further to the right, you will notice a lot of the white colour on the planet turn into other colours. Move them around until you can more clearly see where the hotspots are!

@Gerard_Amatin I have never noticed that before… I must have accidentally clicked it.
Massive thanks for replying and letting me know about it… I should have asked five months ago haha

It’s not even something you need to accidentally click to sometimes cover the entire planet in white.
Some planets are just like that, depending on their resource distribution.