Graphics help; Looking for a tech-wizard to explain and help this cluttering (?) w/ pictures & system info

So. The Pictures are pretty self explanatory.
Red one at the left, is a sun. You can see the green pixels forming to the darker areas… They show up as in pulsating effect.
The right one, is from an invasion site. Spawn point of NPC ships, in this picture the rainbow colored pixels are seen more clearly.

Graphics drivers are up to date, as are every other drivers. This is something that i always do and think as an basic maintenance thing for PC. Graphic settings in game are something that i’m not that familiar with…

Any help available from the forums? One guess is that, this is due to new graphics driver update, i’ve heard that’s possible to them screw things up… 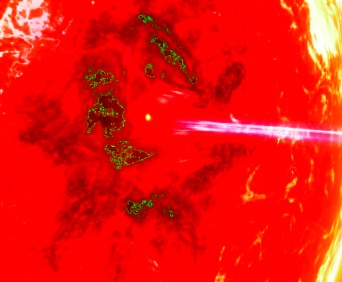 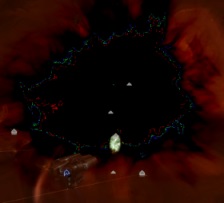 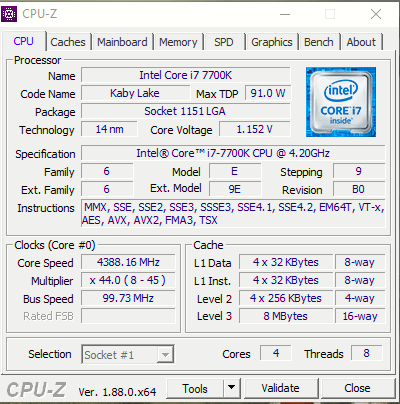 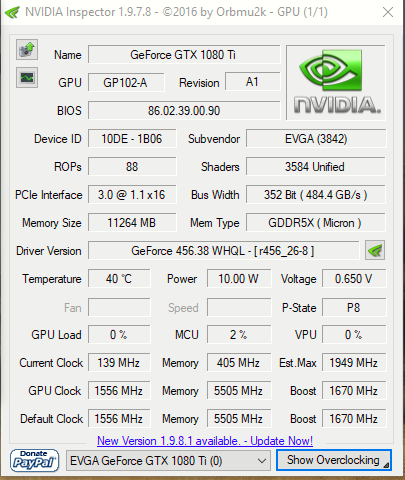 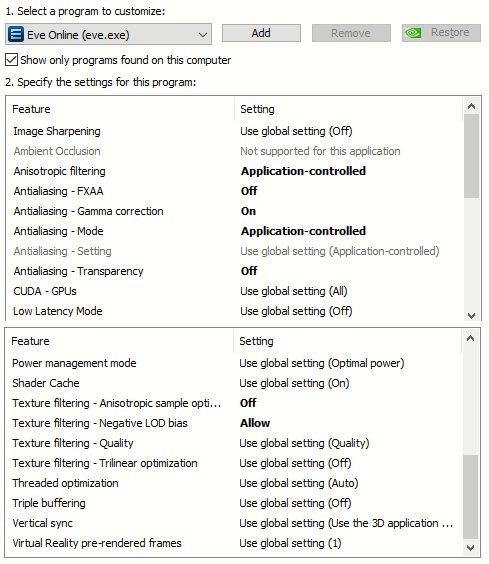 Well, one guy said he solved his problems by using DDU to uninstall his graphics drivers and do a fresh install of them. Other people have suggested running in fixed window and clearing the cache, but I’m kind of skeptical about the latter suggestion. I mean, I could be wrong, but the only graphical anomalies I’ve heard of that fixing was messed up BPO/BPC icons. Past that, I dunno. Have you noticed any problems with any other games or in the desktop environment, or is it just Eve?

Also, be sure to come back and tell us how you fixed this issue. Might help the next guy with the same problem.

It’s only in Eve.

I found out that disabling post-processing removes the green blinking pixels.
Investigations continue.

Can you set the “Texture filtering - Anisotropic sample optimization” to “on” see if that helps?

Sometime NVIDIA fiddles something with those and it can mess up some post processing things.

If that doesn’t help, try the “Texture filtering - Trilinear optimization” to “on”.

Nope. Did not help. Setting post-processing off from in-game settings still removes the effect…
Waiting for next GPU driver to come out and see if that helps.

I had “Run client with DX9” turned on from the client settings.
Graphics of the game greatly increased in quality after turning that off.
Now the question remains, how did it turned on in the first place but that’s not important for this topic.

Thank you everybody for answers.