Please move all trig systems to one corner of the map

The 27 trig systems have connections to each other that span much of the Eve universe. In 3D, the map is already cluttered enough. Since these systems are no longer within jump range to the rest of the systems in Eve, can you please move these 27 systems off to one corner where there’s room to show its triangular shaped constellations.

This isn’t really practical since there are a lot of effects that are related to where these systems actually sit in space. Wormhole connections seem to be related to proximity as well as some of the filaments. 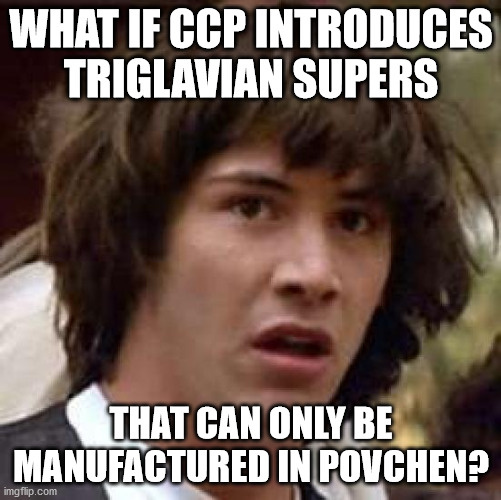 Perhaps, but at least CCP has been making them less shitty. Giving them more clearly defined roles, removing HAWs from Titans, etc. Drop the Light squadron count of Supercarriers from 3 to 2 and things will be looking mighty healthy, esp. in light of the buffed SMB and Tactical Clones.

Let me know when I can dock them in NPC stations. Until then, they are absurd.