I think the loser here is you. There’s a limit to how often any person or group can get away with
– https://en.wikipedia.org/wiki/Poisoning_the_well –

It’s an unpleasant technique used by people who are malicious, stupid, or both.

Is PLEX price too high? or too low?

Too low, way too low, too many multiboxers and that kinda ■■■■ in the game. Need it to go way higher so that even the big ones start screeching and a good chunk of them go extinct.

Botting is a major factor contributing to players, thus CCPs source of revenue, to stop playing.

ISK printing: is not a problem for CCP business, but for the content, the game, the active player, the new player…

ISK printing is an extreme factor in players leaving, both due to burnout of the actual grind as well as being turned of from the game by heavy multiboxers / AFKers / Botters whom regular single or double account players will never be able to catch up with. MANY, not a small amount, but many people leave the game for this reason. Incidentally, all these small people that are leaving are a source of plex, or rather were in case of the ones who left, thus contributing to the current situation.

The cure for this situation is aleatory, unpredictable and chaotic PVE content that will lead to complex and dynamic PVP content, that will make the game an attractive real sandbox again.

CCP, please cease squeezing the players base, do not make more content, but better content and the game will be more attractive an you’ll be utterly rich

This is true. At the same time it will eliminate a big chunk of the above mentioned issues, since multiboxing / botting will be much more to do.

ISK printing is an extreme factor in players leaving, both due to burnout of the actual grind as well as being turned of from the game by heavy multiboxers / AFKers / Botters whom regular single or double account players will never be able to catch up with. MANY, not a small amount, but many people leave the game for this reason. Incidentally, all these small people that are leaving are a source of plex, or rather were in case of the ones who left, thus contributing to the current situation.

Spot on I’d say. I’m a long-time on-and-off player who logs in just for some space fun, not in order to grind ISK. To me a subscription is an hour of RL work, and some overtime (frequently available) covers a moderate PLEX purchase without me noticing. What I can’t and won’t do is spend hours on hours grinding missions or ratting just to make ISK.

If I want anything more expensive than I can support with the random PvE I dabble in I will sell off some PLEX. And when I’m no longer having fun I’m off to some other game for a few weeks or months, during which I’m not selling any PLEX. Someone who deletes the client and never comes back will ofc never sell any PLEX again.

I just want to see when the 0.0 farmers will reach the top point on this PLEX Ferris wheel.

You can increase the PLEX price every day to 4M ISK, 5M ISK, 6M ISK. But there should be a point above which even Rorqual multiboxers and botters will not be able to afford the PLEX price, considering the incoming rebalance changes.

I’m doing a set of profitable affairs, but the PLEX price of 2.8-3M ISK was a condition when I bought PLEX from market for SKINS, just for investments, and for a two months subscription. The PLEX price over 3.3M ISK is a dead in game currency for me and I’m motivated to pay with RL cash for subscription only. This is the usable PLEX price for me, based on how is to make the ISK/hour with a single account by doing different PVE activity (including time spent, risks and rewards).

Reddit commemorates the event - it’s now 2 bil per month to play by PLEX.

If you look at The Forge plex price graph for the last 12 months, it flattened out and even declined a bit from last April thru August. It doesn’t ALWAYS have to go up, we could flounder about at this level for a while.

i have postet it here: Plexmanipulations and its no a natural grow that is going on… its manipulated by ccp or some players.

It seems also a good solution as we talked the same idea with my friends. PLEX is usable is too much things, need remove this option. Now basic ISK source will cut down with higher respawn time of anomalies, fewer ISK means lower
PLEX price as I assume. Btw PLEX monthly price reached 2B now.

Why are people always whining for CCP to take action when players can easily resolve the issue as well? Just buy 100 PLEX with $$ and dump them on the market. My market alt will thank you for it.

Also a quick analysis of the PLEX dynamics show there is no problem for players:
-players who sell PLEX to fund their PvP get more ISK, so they are happy,
-new players selling PLEX to buy SP get more ISK, but the skill injector is of course linked to the PLEX price, so it is a wash for them,
-players who reduce the number of their alt accounts don’t really matter as long as the PLEX are consumed by other players.

Your name suits you

it’s not a natural grow, because the game is artificial, maybe ?

It’s pretty simple long term: as plex prices go up, those who plex to play will stop playing. Plexers on average would spend significantly more time in game and as each leaves will reduce the activity of the entire game by more than the average player. As average activity and number of active players drop,

I think EVE need to re-work PLEX again. Price is too high, how much higher is it going to go!

There needs to be a Massive Sale with big bargains too push down the price.

Hmmm, im not an economist here. Just another guy with another train of thought.

All I can think is, yeah, higher ISK in PLEX seems like will make the “production” of PLEX increased.

Tho, that is IF someone decides to produce it. (a big IF)

This isnt a real world where you not getting food you die, meaning you must do something to live. Ini EVE, you not buying PLEX with isk you either but the game time or just go alpha.

The question is, does being Omega is good? Is it better than being Alpha? or vice versa? or, do people even want to play EVE at all?

I mean, I dont know, I dont have the number. but in sandbox game, player pool are important right?

Because, yeah, paying players are contributing directly. Tho, these people paying for a game with huge number of player. Does limiting free player by sky rocketing PLEX to ISK ratio is good for the player pool?

Lets use a spectrum. let say PLEX to ISK ratio become so high so makes it impossible for someone play the game freely.

Once again, I dont have the number, but who are these free loader?

Botters is obvious, if they gone, then good riddance.

Some player in third world also trying to keep being omega thru ISK. These people exist. Those who cant easily trade $15 for a month of sub. the people who got $600ish a month. Two third of it spent to rent and bills, the last third of it are for food and limited leisure. do we need this kind of people playing EVE?

Are those traders even need to go omega? How about industrialist, any reason for them to purchase PLEX or game time from ISK or real cash?

How about the average joe, or foot soldiers, or F1 monkeys or whatever you called nullsec people? Are they need to omega thru PLEX? Nullsec bloc might can adapted by issuing some alpha fit ship doctrines for their alpha army.

Those self proclaimed “Elite PVP” in wormholes or low sec might sub $15 without problem. and they get used with low player environment too. Maybe these people is the people who have no problem paying the game to hunt and shoot other paying players. Once or twice in a month, that is.

Do EVE have any casual player paying the game? I dont think CODE. gonna leave any new player alone in their mining barges. Casual high sec player might plexing their account once in a blue moon. Missioning all day in a month is worth $15? Alpha soon wont be able do the lv4 too. What casual people usually do in HS other than those? They easily play other game depending on their mood (I wonder if people have great mood after being killed in suicide gank)

Well, im not trying to get a point. I dont even have a point. It just a train of thought while watching PLEX price touching 2B.

Botting is a major factor contributing to players, thus CCPs source of revenue, to stop playing.

Yes, of course, When I say " CCP business" I mean in the short term.

what if botting disappears ? will this make PLEX price much lower?

The relationship between ISK/PLEX exchange rate has to be complex.

Botting drives demand for PLEX. But it generates raw materials that are converted into ISK that are used to pay for PLEX. This can continue for a long time, and is locally stable around a range of ISK/PLEX exchange rates (if botting is profitable, it will continue).

But there’s a “tipping point” where bottiing doesn’t pay for the PLEX it needs. A little after that point is reached, a period of market chaos is possible (and quite likely).

BTW: the whole PLEX market is potentially unstable too. If the “whales” reduce the amount they spend by enough, the carousel stops.

I mean, what if botting is technically and abruptly eradicated ?

I don’t have numbers, but my impression is that there’s a lot of profitable botting. If it’s a significant proportion of the total PLEX consumption, and all botting disappeared , PLEX demand falls, ISK per PLEX falls.

As far as I know, the other PLEX consumers are high-income players who don’t bot. Their demand for PLEX wouldn’t change much. 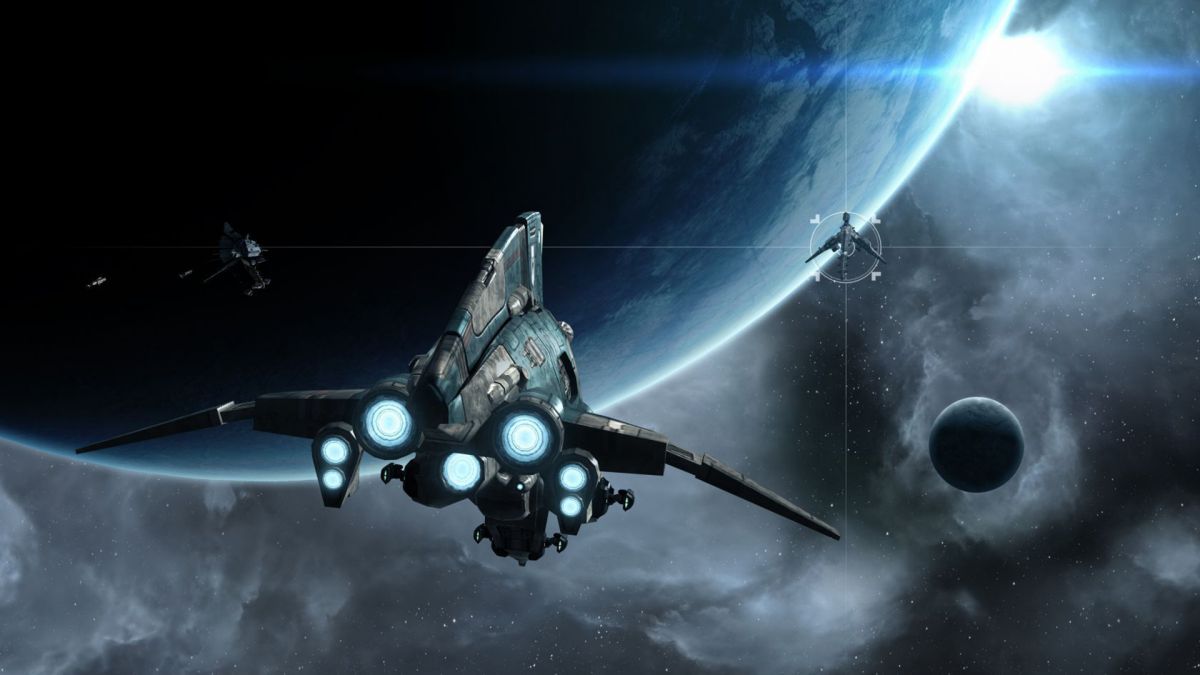 Bots are threatening EVE Online's economy and players are fed up

Players are fuming at developer CCP Games over its inability to thwart a growing problem.

That is what I try to explain to local clowns with ‘A’ in real life economy. PLEX supply does not go up if prices go up.

And now look here or here.
Panic on the market. Price goes up, supply goes down but now at alarming rates…

PLEX is out of control. Looks like I will be moth balling at least half of my accounts at the end of the month at this rate. I am not a multi boxer, but use several accounts in different areas to have fun. Guess my summer break is coming a little early this year.

The relationship between ISK/PLEX exchange rate has to be complex.

How complex can it be if there’s only 20-30 K accounts online at any given time? There’s only so many players willing to buy PLEX to sell for ISK, and every time someone joins the ranks of the “space rich” he has no more reason to buy those PLEX for real cash. Sure, in theory he’d get his shiny ship cheaper if he bought it for PLEX he paid real money for, but his account already carries enough ISK to run the USA for a few weeks…