We are the largest EUTZ corporation within Amarr FW. We are heavily involved in FW PvP content, from frigates to battleships and beyond.
Heavily involved in the logistics of building and supplying ships to the active areas of the warzone, and have multiple EU FC’s for driving content. We shoot Minmatar Milita or Pirates and neutrals with equality. No discrimination unless you are blue or purple.

RSM was formed by a close group of friends, who met playing the video game Eve Online. Over the years we have been active in High Sec, Null Sec, Low Sec and multiple times in Faction Warfare.

After being disillusioned with Null Sec, R.S.M. returned to Faction Warfare as it is the still the best content in Eve Online.

What can we offer?

-Faction Warfare is a near constant stream of PvP. Solo/Small gang/Fleet content is always on our doorstep
-Mentoring for new pilots, we have a lot of recruits who want to learn PvP and RSM is a great place to do that, we have plenty of experienced pilots for you to learn from
-Doctrines and skill planes: we have a well refined set of doctrines for dominating plex warfare, as well as Blops and Citadel doctrines.
-Logistics, PvP ships on hand to blow up the minmatar menance at all times!
-Mining & krabbing, if you like blingy ships, we have plenty of ways to make isk in low sec.

What do we look for?
-Members who want to be part of a team
-PVP minded pilots
-Ability to use discord/voice comms~
-Omega pilots, new bros welcome.

Want to see what happens now the Turnur sun has blown up? Hang out with us and find out 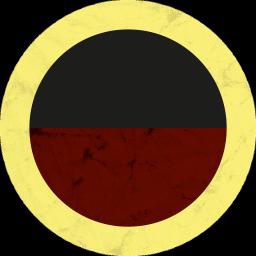 Check out the Red Sky Morning community on Discord - hang out with 145 other members and enjoy free voice and text chat.

The new major Factional Warfare update is live and if you are looking for somewhere to give it a go, come talk to us

Check out the Red Sky Morning community on Discord - hang out with 148 other members and enjoy free voice and text chat.

As the first militia to flip a system in Faction Warfare, this is your chance to join the superior militia

We are recruiting members and corps for the alliance, come say hello!

Check out the Red Sky Morning community on Discord - hang out with 172 other members and enjoy free voice and text chat.

We are still recruiting, check out our video

Check out the Red Sky Morning community on Discord - hang out with 236 other members and enjoy free voice and text chat.