I’m Jackson. First off, let me tell you what I bring to the table.

I have two other accounts with relevant chars that are in the 50-55mil sp range, but won’t be activating them just yet. One was a Logi V/Triage Carrier character whose skills have been scrambled beyond recognition and the other did mostly support activities such as hacking, salvaging, and hauling.

Since my second month of playing EVE I locked myself in wormhole space and lived in C3, C4, and (mostly) C5 systems for years. I have a great deal of experience in scanning, rolling holes, using 3rd party programs for mapping (like siggy), constantly spamming d-scan and rescanning system for new sigs in a sense of fevered paranoia, etc. I’ve been in WH’s since the age of pos’s and sharing bookmarks in cans. While a lot has changed since I’ve been gone, I have a thorough understanding of life in w-space.

Now what am I looking for? I’m looking for a corp that is well-structured and provides both pve and pvp content to its members. Preferably a group of guys that farms a static hard once or twice a week to fund pvp and characters. I’m not interested in a corp that expects players to make their own isk through farmholes (I’ve done that before and it burnt me out). I’m interested pvping more as my experience is limited ( https://zkillboard.com/character/91708670/ ). I prefer mid-sized armor fleets that are heavy on doctrine and brawling (t3’s, logis, bs’s) but would also want to play more with nano gangs running around ns. I’m not concerned if you aren’t the most experienced or successful corp out there. I don’t care if you don’t have the best kill board. I’m just looking for a group who plays consistently, supports one another in game, and is looking to create content, have fun, and get better.

I’m not in a situation in life where I can sit in my ship 20 hour a day. I work alternating two-week shifts early mornings and late nights. I keep myself busy with non-work activities throughout the week as well. I can be expected to play a couple of hours a day most days and no life it on the weekends. So if you need players who can be ready to answer pings at the drop of a hat or who can routinely sit at their computer for large stretches of time to control a hole, I’m definitely not your guy. I’d be able to contribute best to a corp that schedules as much of their content as possible ahead of time instead of doing things on the fly. But even if I’m not able to participate in things due to being busy and logging on at odd hours, I still know how to contribute to a corp through scanning, logistics, and things of that nature.

If you’re interested, drop me a line here or in-game (Jackson Olacar).

While we aren’t in the High Class wormholes C4/C5, we can offer a wealth of expiernce in PvP mainly Nano Gangs as all that’s really works for us. We currently reside in a C3 / NS so like shitting on Null Bears occassionaly.

As for the PvE stuff most of us are space rich (Vets and all) so i can’t offer hardcore static farming. Most of us have have busy real lifts so really doing active PvE isn’t toon much of an option.

Also not sure what your active play times are.

If it sounds interesting take a look at the below and just into our discord.

Are you sick of Blue Donuts, CTA’s and all that NS politics BS. Do you want want to see space pixels explode? Would you laugh at seeing your Corp mate roll themselves out hole once and nearly a second time in the same night in the same way? Well we might a good fit for you. Island monkeys are first and foremost a small gang PvP group of experienced pilots who know how to get ■■■■ done. We are based in the EU TZ and looking to bring in pilots who like to PvP. We currently reside in a C3/NS whe…

Sounds like we’d be a good fit for you. We’re entirely PvP focused but do static farming once or twice a week (Nestors, Leshaks) in our C5 static to make sure we have ISK for toys. We also have farmholes. Our typical brawls are small to medium, with a large usage of force multipliers (Bhaalgorns, Scorpions, etc) and your typical armor platforms (trig, t3cs, t2). We’ve had large strategic fights before (100v100) but we do our best to avoid it.

We’re comprised of entirely adults who categorize ourselves as casual tryhards. We’re too old to play 8 hours a day, but we like to remain compeittive.

Extremely active for our size, and we get a lot done by multiboxing. We had 23 out of our 35 pilots in voice yesterday.

If you’re interested in having a chat, drop me a mail or hit me up on Discord.
BearThatCares#1337 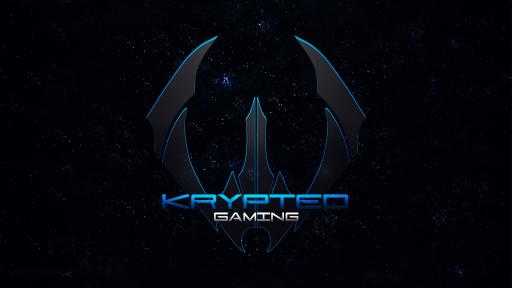 Check out the Krypted Gaming community on Discord - hang out with 183 other members and enjoy free voice and text chat.

Thanks for the info on Krypted. I think ya’ll will be a good fit for what I’m looking for. I’ll hop on discord.