Thinking of returning to EVE after roughly a year break, trying to find the right group to come back to. Been playing on and off since 2009. 52mil SP almost exclusively in subcaps.

I enjoy small gang & home defense type stuff but would be interested in learning more about indy if people can teach. Will always undock if I can bring a Cynabal or a Cormorant.

Preferably a corp with 20+ online in the evenings USTZ with an active killboard. Not interested in small alliances, just those with an established market that defend their space instead of docking up. Spent 2 years in the Imperium, not looking to go back - not really interested in sitting around on either side of the current Delve stalemate.

Maybe our offer will give you the push to come back to eve:)

Mortis angelus is an indepedent pvp corp operating in venal(null npc) as part of B0SS alliance.

OUr gameplay is to play eve for what it is A GAME and keep things as simple as possible.

i prefer my guys to be rich enough to fly the ships they want and accomplish their own set of goals.

We are ofc not part of any sov coalition warfare so you will have a TiDi free environment and a ■■■■ load of targets to kill since 99% are just that, targets:) 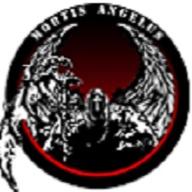 Check out the Mortis Angelus community on Discord - hang out with 128 other members and enjoy free voice and text chat.

come have a chat with us bro

shot you a mail in game! We should chat!

Experienced Leadership with many years of 0.0 experience.