Rebels and Renegades is a EU/USTZ corp in Warped Intentions.

Rebels and Renegades is a pvp corp run by a group of like minded older players in eve. Our goals are to be a competent corp in small scale pvp, Blops, and Alliance/Coalition level fleets. We have multiple FCs in our corp / alliance / Coalition. Who will supply you with plenty of fleets. If you are well trained and interested in pvp, from small scale up to large scale, you will fit perfectly in. That being said, we all have a real life and we understand if you have one too.

We do not claim to be better than others, but we shoot much more than we lose, and we have fun while doing so.

When you have a chance, come into fweddit discord and I’d love to talk to you about joining fweddit ORGNC.

We’re a small ustz NS/LS alliance that specializes in blops drops, cap drops, and small gang fights. I’d really like to talk to you more about your previous corp experience and you said you even ran some. That sounds really interesting.

Anyways would love to talk to you on discord when you get a chance, just ask for me, niv (CEO)

Grade A USTZ Eggs Fweddit is a US time zone, PvP focused group of friends looking to add more people to our community. Join our discord and hang out, that’s the best way to get to know us. Here’s why you should join our flock: From hatchling to rooster You’ll never be just a line member to us. We have plenty of opportunities for you to go above and beyond, such as being an FC or scouting, and you will get rewarded for doing so. We want you to aspire to do more than anchor and press F1. Target…

Sent you a mail in-game, hope to hear from you!

You should check out Mecha Enterprises Fleet! We’re the high SP USTZ corp within the Federation Uprising alliance, which is a Nullsec/Lowsec PVP alliance based in Immensea as part of Legacy Coalition. Here’s a couple reasons which makes me think you’d be a good fit!

For one, we’re a returning player friendly group, and we’re more than happy to get you back into the thick of things. EVE has been evolving through the years, as EVE does, so you may have lots of questions about the changes.

Open to almost anything. PVP, PVE, high, low, null, whatever. The only thing I’m not familiar with is living in a WH. I’ve done pretty much everything else. Currently moving my stuff back toward highsec from nullsec to consolidate.

Our alliance has been to a lot of places! Starting out in Faction Warfare in Lowsec, then moving to Nullsec, then back to Lowsec, then Nullsec again, and then we moved quite literally across the map to where we currently are in Nullsec! We’ve brought what we’ve learned from those areas we lived in and apply them to how we fight and operate.

I have a carrier, I can fly “most” t2 stuff and a few t3’s on my main. My alt is mainly industrial focused with a few combat skills mainly for pve. Can fly Orcas and freighters as well, not far off from rorqual.

We always have use for more capital pilots, and capitals, especially Rorquals, are, relatively speaking, very cheap down here.

While I don’t intend to be married to EVE like I have been in the past, I can make myself available pretty much whenever, even out side my EST timezone. That said, I plan on this being a casual reintroduction to EVE and then go from there as far as my time commitment.

That’s perfect! We’re a very real life first corp, and as such we have no fleet participation requirements. Log in when you can, and when you can’t, we’ll survive

We also require Mumble and Discord, which you say you have, which is also perfect! 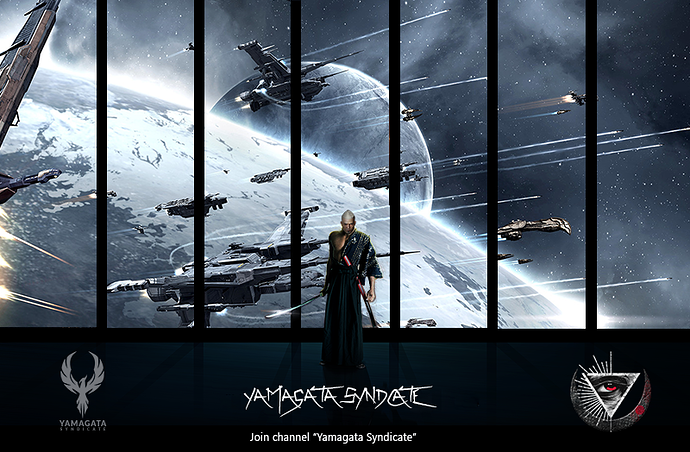 I sent you an in game mail. Feel free to contact me if you have any questions!!1

Hello, recommend checking us out.

Here at The Dark Space Initiative , we’re looking to swell our ranks with willing and active PvP-focused pilots. We’re one of the oldest and most successful corps in WH-space with over 10 years of experience under our belt! With the expansion of citadels it’s never been easier to move into and live in a wormhole. Come live with a long-established WH corp to reinvigorate your love of Eve! We live out of a no effect C4 with a C5/C3 static which provides us with plenty of opportunities to pew pe…

If intrested feel free to check out TDSIN Recruitment Ingame.
Or contact me or anyone from our recruitment team.

GOTHT is once again opening recruitment after we have moved to our new home in Querious We are a fairly large but a tight-knit group that values quality in our pilots instead of quantity. Join us down in Null Sec and in our Mumble for never-ending content. We welcome all types of

pilots and offer a circus of activities in and out of our many systems for all your Eve entertainment. Some of the things we have to offer are PvP, PvE, Moon, Regular and mining ops, industry, shipping, and many more activities to come. We have many Fleet commanders, veterans, returning, and new players all willing to help, mentor joke around, and most importantly have fun. We have stories, knowledge about the game, and most importantly memes. Will your roar echo in the Book of Spod?

We understand that Eve is just a game and real life comes first but while online you can be anywhere from casual to a try hardcore player and fit right in on our Mumble. We also have a discord that you can keep up to date with events and happenings. We are looking for new blood whether it is a veteran lion or New Eden cubs with at least 10 mill skill points.

Any Questions or PM/Email

in game Or Join Chatroom

Sent you an in game mail.

Hey @highonpop! Yeah you! I’m talking to you! How are you doing today? What was your day like? I hope you give me the chance to talk to you about these very important matters. 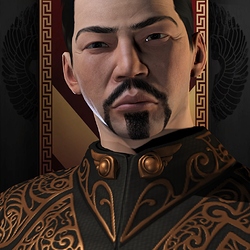 And I am the current Alliance Recruitment Director for the alliance, known as Exxitium.

Exxitium is an industry-focused alliance with assets located in HS and in LS. We are currently looking for both players and corporations alike. Here are the quick details on the kind of players we’re looking for:

Sound good to you? Sound too good to be true? Why don’t you give me the chance to prove it? Feel free to reach out to me in-game. Or come chat with me in our Discord linked above.

Thank you! And as we say in BISHP Industries, fly safe! And fly with honor!

As a side note, if you’re looking for old guys whom have been around since the dawn of Burn Jita… talk to me about joining BISHP Industries. I think you’ll find that we can get you back up to speed. This me talking genuinely as a player, not as a recruiter.

In game channel: To The Hilt A bit about us. We are an ex nullsec corp that has decided to move to lowsec for more casual pew pew. We are experienced in all aspects of eve. pvp is our main goal in eve. Our members enjoy both small gang and solo. We dont believe that eve is a job and you must login 24/7 real life really does come first. We ask our members to be self sufficient as much as possible. If you are indy there is room for you here but we will ask you to step into logi ships to earn …

Yanks are open for recruitment. You can join channel yanks in game or hit us up on discord. Come chat with us and see if we might be a fit for you. 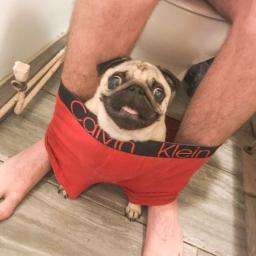 Check out the YANKSAUCE community on Discord - hang out with 22 other members and enjoy free voice and text chat.

Team Americas [YANKS] is recruiting! History Yanks was formed in 2005 and had a good run for about 3 years, wreaking havoc across the eve universe in low sec and null sec as a solo pvp corp and also with our friends in alliances like Force of Evil [FOE] and Anarchy Empire[RIOT]. We also once stole an alliance. Current We are a small tight-knit corp that is a member of the Intergalactic Space Hobos [.BUMS] alliance and we take part in any type of pvp. You will find us in low sec, null sec, wo…

Incredible are an advanced PvP corp within the Brave Collective alliance. We were created to give mid to end game players more of a challenge in the setting of a supportive and friendly alliance. We’re all about having fun in high skill point ships and fits and don’t take ourselves too seriously. There’s no pressure to participate but plenty of opportunity to do so.

Check us out at https://incredible-eve.com

I had to sub to move my stuff lol

Thanks for all the replies and in game mails, I’m still considering all my options and welcome new offers. I’ve been contacted by corps from all over the place doing just about everything

We are pretty active during EST, we do Blops, we are very well known for super killing and using caps. Hit me up if you are interested!

If you are looking for a group back within the fold of the Imperium I may suggest giving us a try. With war coming things should be rather interesting!

General Overview “True Strength is holding it together when everyone else would understand if you fell apart” Tritanium Industries and Technology [.TIT] is a tight-knit social group. We are an established corp, with a long history covering different areas of EVE. Combined with our family-banter atmosphere and wide range of in-game interests, we attract bitter vets and new players alike. We maintain an active, diverse member base. There are no hard limitations on how many h…

Sent you an in game mail. We are a2004 Corp rebuilding. We have a home in NULL and a nice size player base already.

hi @highonpop hey last time we talked on my discord you said you found another place that you liked. What was wrong with it in the end?