Robbie the Robot sells for record $5.38 million at auction

Robby the Robot sells for record $5.38 million at auction

The auction price for the star robot of the 1956 sci-fi classic "Forbidden Planet" is tops for a movie prop.

Robby the Robot, Actor: Forbidden Planet. Robby was the brainchild of, and designed by industrial designer, Japanese-American engineer Robert Kinoshita. It was built in mid-1955 by the MGM prop department, at a reported cost of $125,000, to 'star' in... 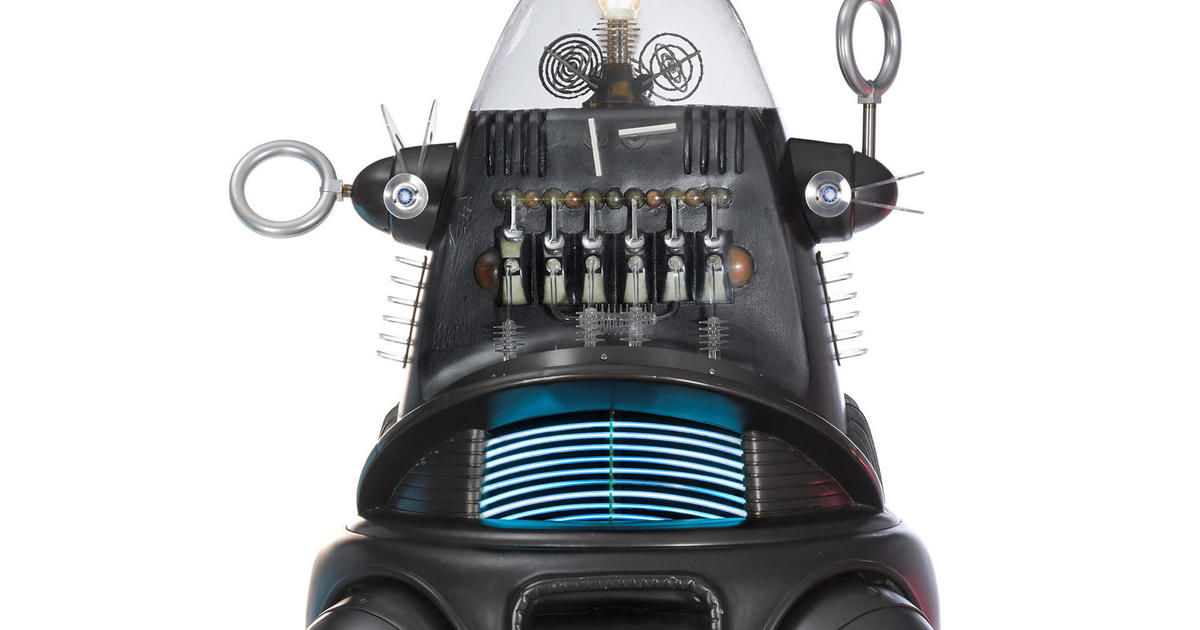 The seven-foot robot which has metal claws, a domed head and speaks 188 languages, starred in the 1956 film as the servant of Dr Morbius on Altair IV - known as the Forbidden Planet.

Nisei Kinoshita designer of Robby the Robot and B9.

That’s what we’re talking about-- appreciation. Big bank accounts auction people spotting the Robbie, one of a kind creation, with a fiction story identity, an actor’s voice personality and lines, and a whole visual iconography from a classic film behind it. Faith in human intelligence and common sense temporarily restored.

This article goes on to show the most expensive movie props in… history!. Sold off at auction.

Robby the Robot sells for $5.3 million – second most valuable movie prop in...

It is a sign of the times that one of the best known robots in movie history should become one of the most expensive movie props ever sold. Now that robots have progressed from sci-fi to reality, it isn't surprising that Robby the Robot should become...