Been in and out of this game alot over the years( joined 2010). Been about a year since ive really done anything in eve. Ive done mostly small-medium gang/fleet pvp. I have also spent time in WHs and find them enjoyable with the right people. I prefer mostly to log on and go for a roam with some buddies. I tend to use multiple accounts for roams, even if one is only as a semi afk scout, and I would like to be in a group with similar minded pilots.

I am looking to return to lowsec, preferably near FW space or actually in FW. I am an aggressive pilot and go for pretty much anything but prefer to fly BC and lower ships for gangs.

I DO NOT gate camp. Id rather play other games then sit on a gate for cheap killboard padding. If this is a common activity of your corp, do not express interest in me.

Hit me up with some info if you think you got what im interested.

if you ever change your mind and have interest in WH space, take a look at us : https://www.reddit.com/r/evejobs/comments/xhg6vj/holy_hunters_us_c5c5_wormhole_pvp_corporation/

JREX is a member of Gallente FW and we are a PVP focused corporation in Placid (EU/USTZ). A lot of our members are former blob veterans, but have seen the light and decided that the low-sec is the best way of life. Our corp does pvp in high, low, and null. We describe ourselves as a pirate FW group with no blues other than our militia brethren. Our main goal is to maximize content and fights for our members. On the IRL side, many of us are working professionals and we understand that IRL comes …

Check out the JREX community on Discord - hang out with 75 other members and enjoy free voice and text chat.

If you can consider an independent pvp group operating from pochven let us know.

We are an independent pvp group that plays for fun.

With us if we are camping you are of course allowed to do anything else if you dont want to join.

We dont force our guys to do anything they dont want. 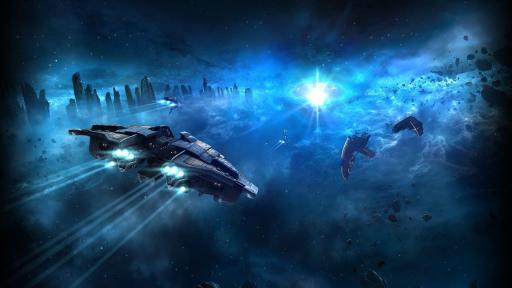 Join the The morgue. 💀 Discord Server!

Check out the The morgue. 💀 community on Discord - hang out with 313 other members and enjoy free voice and text chat.

Yo!
I want to offer you the Lowsec PVP, we leaving in Amamake (Amarr-Minmil FW zone)
We are an active corporation that prefers brawl on battleships and Dreadbombs.
As an example of opposing ISK efficiencies, but very fun battles:

Awesome BS and Dread Brawl. It was very tense, baiting with dread + fax tank on the thin, to hold in the grid as much enemy capital as possible.
Battle Report Tool

It’s also a very tense and exciting fight. Despite the low isk efficiency (we did not expect Zirn wing) everyone was satisfied by long brawl)
Even after we lost all the faxes, we were able to save some dreads and stay in the grid, continuing to kill the enemy sabcap. Related could have been prettier if last enemy fax wasn’t dropped into the teaser with 3% hull due to a totally unlucky birstjam for us. He came back with a full cap, and we decided go out.
Battle Report Tool

Or, for example, sibcap fight against blob:
Battle Report Tool

Lst few week we have been a little busy with AT, but we are still pinging the regular fleets.

Also, we fight with visiting fleets and sometimes roam ourselves.
If it suits you - feel free to write
(but we have a basic threshold of entry - at least Dread Alt)