So when you take a deeper look in this Video postet above :

So the Answer would be clear, No, Skillpoints will not be removed.
But this is my interpretation of the Video - Still waiting for a aproval from besides CCP.

That was the question though right?

I read in this forum that CCP is removing the Skill Queue. Is that true?

The one i was answering at any rate, without getting into any of the other stuff he mentioned on stage.

It was on topic. It was advice to you.

That will happen when it’s set in stone and about to be deployed. Stop looking for drama, stop being entitled.

Is It a Rumor?

@ISD_Traindriver and you sir should get a clue, I dont know how new you are…but if you cant keep abreast of things the Company you volunteered for is talking about or doing, you probably should not be a moderator…

Calling a simple question rumor mongering soon as its spoken without asking someone above your pay grade, speaks highly of negligence, arrogance, and Stupidity.

For God’s sakes i was able to google the ANSWER

So the Answer would be clear, No, Skillpoints will not be removed.

The only difference I can see is that whereas you can now apply skillpoints to a skill literally as you get them ( hence the timer going down )…it seems one will now have to manually do something to apply skills. And ( sigh ) this is supposed to make life easier.

And ( sigh ) this is supposed to make life easier.

As things currently stand, I can re-order my skills queue any time. I can move a new item to the top half way through applying points to some other skill. How’s this going to be possible if there is no actual ‘queue’ ?

Its possible they changed their minds on this .

In the SotU for FW they made no mention of enrolling yourself without your corp being involved, but it was mentioned at fanfest.

CCP, and a lot of members here, seem under the illusion that it is the NPE, or the difficulty of the game, or the steep learning curve, or ganking, or fitting, or skilling, or whatever else of 1000 reasons, that make noobs quit the game. NO…here, in simple graphic terms, is what gets noobs hurling their PC at the wall after they’ve only just got used to things being a certain way… 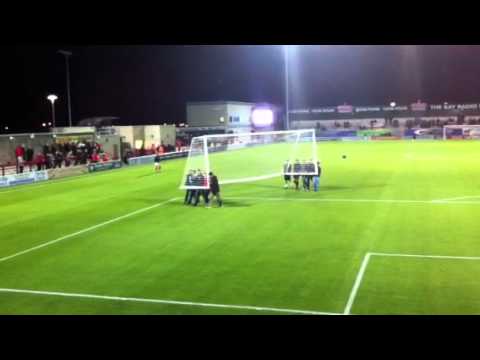 hurling their PC at the wall

I don’t see it happening but then again I haven’t seen it all yet.

EVE should be like this:
-if you have omega time, it should generate free sp day and night… if there was any qeue then the sp should be used in the qeue automatically

It baffles me that it is not like this since day 1, anything other than my suggestion is bad, period.

Well I did almost rage quit when they nerfed the Procurer late last year. As a noob I’d only just got used to it being a certain way…then they nerfed the mid slots and doubled the align time. Yeah…way to go, CCP, in keeping noobs.

That it had the unintended effect of getting me out of mining and into PvP that I enjoyed more…well I doubt that was the CCP plan. But now they want to tinker about with things yet again.

@Ursula_Anders should be banned for life for this.

If he isn’t, it will be one more demonstration why having a volunteer moderation team is not working.

This is where I flog the dead horse by pushing yet again for paid moderators that have no history in the game.

Is it really the case that so few people enjoy adapting and overcoming adversity?

But now they want to tinker about with things yet again.

I have done a lot of reading on EVE and CCP/PA. I have the time, I’m bed-ridden half the week and the rest of my time I spend with my grandma. I read, that’s about all I do besides playing games, taking care of granny and posting nonsense on forums.
Articles after articles, EVEwiki fandom, EVE University, lore pages… I saw depths and intricacies in EVE that other games don’t have, fresh science fiction, incredible art… the universe that was created there is astounding. Of course I want to play this game.
I came into it as a discoverer, to understand it on lore and conceptual levels as a work of passion between the creators of EVE. The time they spent spinning all those stories between the factions and pirates and all the rest I haven’t even yet discovered is worth something to me. Just like the creative dynamics that exists between the artists in Hollywood to produce and make 1 hour 40 minutes worth of Kodak film that bring in billions of dollars every year. EVE is currently at 60 million dollars a year give or take. Yet what supports entertainment industries is Talent and Imagination. I read that several of the creators have left the company. How much of that talent and imagination went with them?
CCP keeps coming out with updates to try and keep the players interested all while doing a balancing act between entertainment and its economics, tinkering with something here, pulling a lever there all year long with changes from graphics to mechanics in an effort to launch it into the next 20 years. How many players can they afford to lose is a question I bet they asked themselves.
I fly a Catalyst. That’s about all I fly most of the time in the game. I call my ship CatAstrophe. It’s off-centered and looks like a shark flying sideways but it goes fast and has 8 high slots. I’m training all my skills on it and hope to train the Omega-skill-only once I am satisfied with my Alpha demo. I would really hate CCP if they decided to nerf anything on the Catalyst.
I do fly a couple of Gallente battlecruisers but I reserve those for fights once I join a corporation and know more about strategy. I’m not at that point yet.
I am at the point to find out what CCP plans to do with this incredible game. What road are they going to take it down, what decisions will they take and what will impact me as an explorer of the work of art that is EVE.
That is the reason why I posted the thread. I don’t want to hang here for 5 years and find out that I hate what CCP has done with the game. They keep most of their development decisions inhouse and while I understand the reasons behind it, it doesn’t give me much to work with. Fanfest isn’t a road map and questions are treated as “rumors”.
I’m left with a lot of questions that aren’t very condutive to make a commitment on the game while at the same time, all I have seen is great. I have very little complaints… not nearly as many as I would have should they dare touch the Catalyst

It wouldn’t surprise me if they replace skill queues with skill point packs you purchase.

There’s more to be apprehensive about than the “disappearance of the training queue” - while still “accumulating skill points passively over time (46:50)” that can be applied to skills and skill plans - so, minus the convenience and more clicking perhaps ?

Apparently the attribute system is too complicated, or so he says, because few people “know the training equation” - which is simply: (attrib1) + (attrib2)/2 = SP/min for an omega, by the way. The same goes for what used to be the skill rank (now training multiplier) - which according to the dev was never clarified as to how and why. Here’s a hint: impact on the game (hulls, supporting skills, tactics and even strategy), higher rank usually means better force multiplier.

Revamping that whole 2 decade old core system of EvE character building into something that - at least for the dev - needs to be simpler, will benefit simple players (those who don’t do research, or refuse to read). It is more than a few levels of dumbing down in one fell blow. The SP system as it currently stands teaches the importance of making thoughtful choices in the game.

If skill ranks and attributes are changed as implied by the dev, and in EvE skill changes work retroactively, that basically would entail your characters virtually being stripped of old SP and skill levels, to be built up again with a big pile of new SP. If the value of SP is no longer the same - and SP is real cash, as we pay sub for time which is used for training during the sub period, governed via the attributes! which affect training time directly - it is hard to imagine that we come out breaking even. That would simply mean it’s a sleight of hand.

Because it isn’t likely that any communication will be made unless days before launch, I suggest:

Which brings me to my questions: what is it that CCP thinks seeing that makes “dumbing down making the game more accessable” so important in most of their current design approaches, what perceived problem is it they are trying to tackle ?

“not all change is good”