"That is the worst looking windchime I have ever seen." 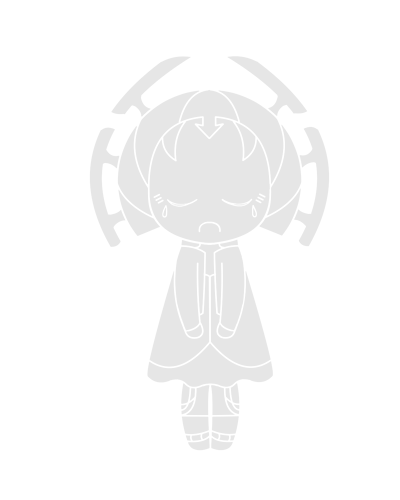 “The Guristas was built upon militaristic values, it is our nature and culture. We are not a society born from bureaucracy or treaties, we are born from warfare and conflict. This is the price of wanting true independence, the Guristas are not tied down to signatures on documents, we exist by having raised a well trained and disciplined army that rivals the “professionalism” of the State’s armed forces…Fatal, needed and army when he fled with the Rabbit to start the Guristas. An army - not some misfit band of ruffians and punks. He was smart enough to not underestimate the Caldari Navy. He knew that he needed a force just as disciplined and organized to ever be a threat to them. He took what knowledge the Navy gave him and used it to create a Navy in his own image. He became an admiral not though some promotion handed to him by a higher power, but through his own actions and ambitions. His legacy lives on to this day, thanks to his efforts in creating such a steadfast military, I was able to grow up somewhere peaceful and free from the control of the Caldari State…I…Originally wanted to enlist when I came of age, do my part in bringing wealth to our people and securing our independence. Colony Marshall Akko however would talk me down from it…Saying I wasn’t cut out for that kind of life.”

“That is the worst looking windchime I have ever seen.”

“Copper, brass, silver - There’s like twenty in this pile! Where the hell did you get these?”

“Suha, are you ■■■■■■■ telling me you went around the colonly ASKING Guristas personnel to give you their dog tags? Godammit! Alright then, let’s just shift this pile and find out which moronic dipshits handed off their tags to a child so I can tell administration who needs to be-…Dead.”

“They’re all of already decreased Gurista…”

“Yeah…Yeah I’m seeing that now… Ugh, ■■■■ me…Don’t think you’re out of the clear just yet, Suha. Because now this tells me you went around the colony asking people for the tags of their dead relatives for some ■■■■■■■ arts and crafts project.”

“Exactly! That said? You should know better than this…We don’t use these for arts and crafts, okay? We give these tags to family members so they can have closure on their relatives who got scrapped in space.”

“I know how it works Akko!”

“…Is this what this is all about?”

“Okay then…Where is he then? I’m looking through the pile and I’m not seeing daddy anywhere.”

“Look out the window…”

“That is the worst looking windchime I have ever seen.”

“I…wanted to do something with it, you know?”

“It’s not a clotheshanger! I just went with a triangular shape when I made it…”

“Is this what was making that crooked ass jingling noise when I walked in?”

"I-it’s a work in progress! I’m gonna improve the design…A-And the look! Make it not look like a clotheshanger. "

“You’re not about to do this with the dog tags of everyone’s relatives, right?”

“Holy ■■■■! No! Absolutely not! This is beyond disrespectful, Suha! We’re not gonna have more of this ■■■■ hanging around!”

“You’re not even gonna hear me out! Or understand the context!”

“Fine! What compelled you to do this to represent your father’s tags like this?”

“Like I said! I wanted to do something with them…I didn’t know what to do with them! I didn’t want to wear them myself or put them in a box. I wanted something more…Spiritual.”

“…Spiritual? What? Are you telling me this is about some of that ■■■■■■■ Caldari mysticism hoo-ha? Wayism?”

“Yeah! See, I was thinking about the Winds and how the Caldari talk as if they only blow in favor of them. That Cold Wind itself would crush traitorous scum like us…Yet I don’t see that! I don’t feel it either, the winds blow as gently here as it would in some Caldari colony.”

“It’s just doesn’t add up is what I’m getting at…Why would the winds show such favoritism to the Caldari? To such a corrupt and oppressive man-made government?”

“Oh-ho! Don’t give me that “You don’t understand” ■■■■ Suha. You’re speaking about some made-up fedoshit religion that the Caldari used to sell to its people on the idea of pride and nationalism. It’s YOU that doesn’t understand anything, kid.”

“Also - How does this tie in at all with why the hell you weaved your father’s tags into a windchime with a clotheshanger as a base?”

“It’s not a clotheshanger!”

,“Because!..Well…I feel as his tags are connected with him on a spiritual level. I thought if I could make a windchime using his tags then the Winds would blow past and use it to sing a tune for me.”

“…Did Acin pass off blue to you as candy or something? What the hell have you been tripping off of?! It’s just a piece of metal we use to help identify our bodies! Okay? It’s nothing more.”

“Then why do you care so much about what I do with them?!”

“Why do you care if I hang them from “clothes hangers” or display them in a disrespectful way? Huh? If they’re just pieces of metal and nothing more…You see sentimental value in them too! It’s just my interpretation is too crazy for you!”

“Akko! This is exactly what I’m talking about!”

"…Suha, I’m gonna be crystal clear with you and say - you haven’t got the slightest ■■■■■■■ clue of what you’re trying to interpret, okay? You’re a naive child spouting off some derelict spirituality that’s propped up by mega corporations to sell people on this “Heiian” marketing scheme. "

“…Was it Capsuleers? Such a likely and common way for a Gurista to go out…Yeah Suha…Capsuleer capped them. DING! DING! DING! You’re a winner Suha! Gooood job.”

“…How the hell did you even sell people on this idea.”

“I…Just found others who shared that desired to honor their loved ones in a symbolic way. Maybe…Help raise morale ar-”

“Did you also show them your prototype outside along with your sales pitch?”

“…Suha I’m taking these back.”

“I can’t believe this ■■■■ you’re going on about…Do you have any more tags over there?”

“Nothing…Just…Nothing…Now I don’t want to hear word of you ever going around asking people for their dead relatives’ dog tags. Alright?”

“Look me in the eyes when you say that. Do you understand me?”

“Good…Now if you want humiliate someone with your little windchime nonsense, do it to your father, and nobody else. Alright?”

“Glad you see it my way…Oh! And tomorrow morning, 0900, you and me? We’re gonna turn each one of these tags to their appropriate relatives and your gonna apologize to every single one of them.”

“Do you want me to also make you apologize while holding your ■■■■■■■ clotheshanger windchime out there?”

Coincidentally , when I was a little girl I made a wind chime out of 15 different kinds of fishing weights , some pastel - colored yarn , and old , rusty , coat hangers.

But I thought it was marvelous.