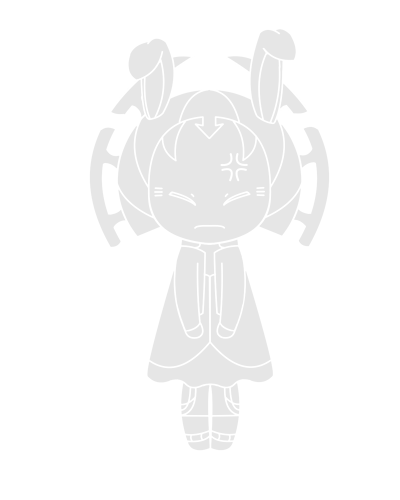 “My mother? Died in childbirth. Never knew her, and honestly speaking? Didn’t know my Father much either, he was taken from me well before I could ever get to really know him… I’ve learned to move on from such things. Growing up however, I felt lost and alone. I wanted someone to call a parent, someone that was around to actually look after me and be there for me in my lowest moments! That’s not what I got though… Instead I got someone I just ■■■■■■■ hate with a passion.”

“Oh of course you 'heard” something! I can’t count on anyone in this colony to keep their ■■■■■■■ mouth shut. Always spreading ■■■■■■■■ gossip, sticking their noses where they don’t belong."

“The health of the Colony Marshal is probably the biggest thing to happen in this colony in years. Hard not for people to talk ab-”

“Why the are you here? Don’t make me repeat myself again”

“I’m here to see you! To provide some comfort and company!”

“What ever gave you the ■■■■■■■ impression that I’d ever want YOU by my deathbed for comfort or company?”

“Maybe it’s not what you WANT, but maybe what you NEED Akko…”

“I mean that maybe you should stop being so bitter for once in your life and appreciate that people are showing concern for you.”

“Now why the hell would I do that? Specifically, why would I show any appreciation for you?”

“Well ain’t that just ■■■■■■■ heartwarming! You have ‘feelings’ for me, do you? Bunch of sappy fedoshit you spouting now.”

“You were a giant factor in my life Akko, and despite sounding dramatic… You’re kinda the closest thing I had to a father figure growing up.”

“Well ain’t that tragic? You kept being a no good piece of ■■■■ brat that I had to keep coming in and scolding you and made you delusional in having you think I was your actual deadbeat daddy. You’re one confused girl… .”

“My Father is no deadbeat!”

“You don’t even know who the prick really is… You don’t even KNOW what it’s like to have a Father, let alone a parent in general. So how could you even say I’m a father figure when you never even experienced daddy’s love and appreciation?”

“Man dies in action and you cling onto some ancient ■■■■■■■ mumbojumbo that only dolts in the State buy into so you can say some nonsense about him ‘Watching over you’ as a ghost or some ■■■■. Maybe that was all just the blue pill talking? You were popping that ■■■■ harder than any Gurista I cam across…”

“… As with many people faced with a tragedy, I looked somewhere for answers and comfort.”

“In your twenties, you still pretend to be a clueless moron, typical. What I mean is that you’re here to try and get me to convert to your fedoshit nonsense before I die, aren’t you?”

“Wha- No! I assure you I’m not here to preach to you! This visit has nothing to do with getting you to believe in my teachings, as it stands right now in this room - I am no Guru.”

“No, because you’re still here.”

“God dammit Akko! Just… Just what is your problem with me?! Huh!? Why is it that though my entire life knowing you, you’ve been such an asshole towards me?!”

“I learned enough though our interactions I’d say…”

“You wish you did! - - Lemme guess, you’re gonna say 'deep down I know you’re a sweet person ’ or some other line of fedoshit along those lines.”

“…No…No I’m not. Because I would be lying if I said such things…You Akko - have some mental deficiency that makes you act like some bitter, sour and cruel washed up pirate way past his prime. Now? Now you finally look the part.”

“Sticks and stones Suha. Son of a bitch!”

"How often are you coughing up blood like that…?

“Too often to keep track…”

“…How about some sunlight?!”

“How can you even see in here?”

“I thought you could use some sunlight.”

“I could use some ‘You getting the ■■■■ on out of my house already and let me die in fuicking peace’ if you don’t mind.”

“You seriously wanted to just die alone in this dark room?”

“Oh but your belief in magic Winds or whatever the ■■■■ is believable? What a riot!”

"I’m just shocked that despite being so close to death’s doorstep you continue persistently to be this nasty, bitter old man that is cold and hostile to everyone! You feel no shame in the fact that nobody else in this colony bothers to come visit you after you’ve been such unbearable Colony Marshal towards them

“I try not to hold it against you.”

“… You know Akko, I’ve wondered about the kind of legacy you’ll leave behind. What exactly people will remember you for?Being some drunken abusive piece of ■■■■ maybe? One that bitched out of the fleet and died alone in some ■■■■ cabin?”

“Maybe you should… Because you wanna know something? My legacy will be far bigger than yours will be. You may have actually been Gurista, but despite not having the status as a made-member myself? I’ve done more for this organization than you ever did… I will be remembered fondly when I pass along.”

“That’s why you’re here… To brag and boast about all the things you did compared to me and get me to feel jealous just before I die. Try to ‘one up’ me so you can get back at me for being a ‘big meanie’ to you. Well I hate to break it to you Suha, I really don’t give a ■■■■ what you’ve done compared to me. I lived life as it was, did as I pleased. I never concerned myself with ■■■■ like being remembered positively or leaving behind some legacy…”

“-Only self-absorbed shitheels like yourself care about such things. Guristas paid me a cheque to blow ■■■■ up and I did it, I didn’t need anyone’s validation or approval. I just wanted some money and I was content with that. You however needed to ‘be something’ to cope with your own petty insecurities and shortcomings… Sorry Suha, I don’t think any higher of you - in fact? I think you’re even more of a pathetic ■■■■■■■ urchin than I initially thought. And if my last act in this world is denying you the satisfaction of feeling better than me? I’ll know I’ll have lived my life to the fullest.”

“… Akko, I’ve tried my damndest to make something of myself for my own good and to try and repay the Guristas for all they’ve done in raising me. I felt as if I had a purpose, a reason to be more than I was, more than you saw me as! I didn’t need to come here in person to one up you! I’ve already done it! I came here hoping to offer some conclusion, offer some olive branch between us and put our past behind us. But no, you continued being the same rotten ■■■■ I’ve known my whole life! So you know what? ■■■■ you Akko!”

"… I hope you find some comfort in the world beyond Akko… Given that I’m the closet thing you have to a next of kin, I will inherit your tags much like I did my Father’s… I will make a beautiful Windchime with them. One you’d be proud of…"