The Stormbringer for Tier 6 Abyssals?

I tried the Gila and Zealot before stumbling onto a post about running Tier 6 Abyssals in a Stormbringer. The Stormbringer blew them away. Does anyone know of a better ship for running these sites?

Thanks in advance for any ideas or information.

Any ideas on how to increase DPS for the Battleships?

I haven’t done abyssals in a while, did they bring back the old PvP room to abyssals and are you asking a fit for it?

Or is this a PvE discussion in the wrong section?

Or is this a PvE discussion in the wrong section?

This should be moved

asking a fit for it?

I’m trying to increase the DPS for the BS spawn.

I have done around 200 Test Runs on Sisi with a max-DPS Stormbringer (aka everything blinged to the death with Drugs and Overheat and whatnot). Still there were Death-Pockets.

3 Overseer pockets: death
2 Overseers / 1 Karen: death
1 Overseer / 2 Karen: death
3 Karen: doable if you are not dampened/webbed too much and can start shooting the BS with HighDPS ammo very early

Maybe there are better pilots out there than me but I don’t think T6 is doable reliably in this ship because at some point you will face a combination of pockets that will make you run out of time.

What you can do is starting one Run 19minutes before Downtime each day. If you complete it, fine. If you are going to run out of time, DT will save you.

Also you can make good money by rushing T4s. They complete very very fast and you survive even the 3BS-combos in the worst case. But on average you complete 6-8 sites per hour, which is almost twice what most other ships can do and you don’t even need an expensive implantset for it.

Do you see a way to increase the DPS of my fit?

Moved to correct Category and removing some OT posts now. 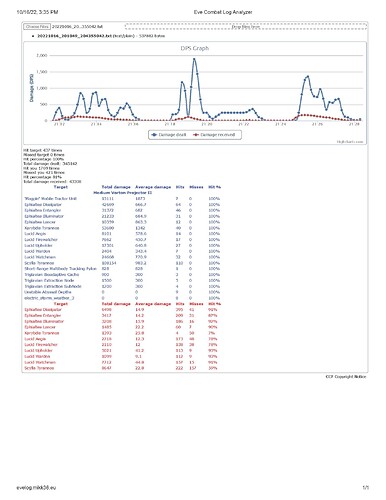 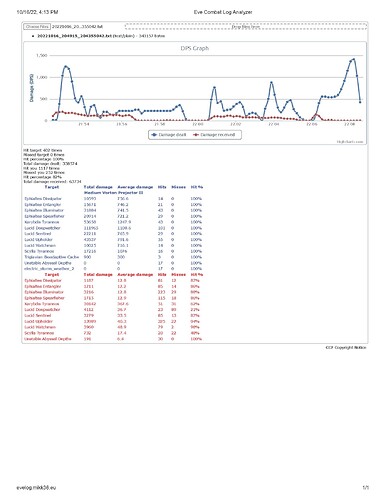 i can not see any problems within replying in here …

Should be able to reply again now

Do you see a way to increase the DPS of my fit?

not really, but I see one to reduce the costs.

Pyrolancea boosters don’t work for Vorton Projectors, because they are neither turrets nor launchers.

You can’t increase DPS the traditional way on a Stormbringer (or Skybreaker/Thunderchild), because there are no implants, no boosters, no mutaplasmids etc…

The most important factor is piloting and clever choice of targets.

Unfortunately these tips only help in optimizing run-times, but they cannot solve the problem of having 1 high-HP target in the pocket like an Overseer or Karen. Even with overheat there is simply not enough time to bring them down if you get an unlucky chain of 3 pockets with them in a row.

Which basically means when using this ship for T6, you WILL lose it at some point (unless you use the 1-run-before-downtime strat). And since the ship+clone is quite costly, its hardly profitable in the long run.

Thanks for all the great advice. I thought that since the Vorton Projector fell under “turrets” on the market it would gain from that booster. How much do I owe you?