Current system protects those in a corp with no structure. They are not paying %11 taxes and they are still safe.

Let’s change that system.
Any corp can declare war to any corp.
Only the corp declaring the war has to have an active structure.
You declare war inside each factions borders separately.
I mean; Your declaration of war inside caldari borders are for only Caldari zone. You need to apply for other zones and pay separately.

These changes will force those living in a structureless corp to join a NPC corp and pay taxes to be safe or escape to another faction area or stand and fight like a man.
If in an NPC corp; %11 tax will also be taken from sales in addition to market tax and broker. This is to force gankers to join a corp, not stay in NPC corp.
Also, %11 tax will be taken from any contracts you make or made for you over estimated cost if you are in a NPC corp.
Preventing use of alts.

Standings will matter more since if your target escapes go minmatar and if your members have bad standings, you will have a hard time hunting.

We may actually start seeing hauler convoys with escorts around the market hubs.

People will use the markets all around more often, those at war will not try to haul yo main hubs more often.

Or, hear me out, we just go back to the old system

This is to force gankers to join a corp, not stay in NPC corp.

Gankers don’t care about taxes. They don’t trade, and their trader chars are in corps that never undock.

We may actually start seeing hauler convoys with escorts around the market hubs.

No, you will not because it is an utterly boring, unrewarding and illogical task. You would have to pay a convoy hundreds of millions to billions to make it worth their time. You would lose all your profits and item value just to pay for convoy protection that is ultimately not necessary because you won’t get attacked 9 out of 10 times. And the 10th time you got attacked, the convoy won’t be able to safe you because the attackers overpowered the convoy. You lost billions for 9 pointless convoys and billions in item value to the successful final attack. Convoys will never be a thing in EVE.

People will use the markets all around more often, those at war will not try to haul yo main hubs more often.

Indiscriminate war-decing doesn’t really need to come back. What we need is a war dec system that makes huge groups put more effort into their groups. To achieve that, you need:

i wish i could declare a war individually
me vs rufusandduffus corp
just pay the money done
maybe part of the money goes to the target corp for balance or whatever
imagine i pay 100 million(random number) a week to be a pain in the ass of some corp, they get 50 mil for the trouble
i probably would do it a lot for the fun

A cost reversal. It should be cheaper to declare war against a bigger group than a smaller group.

me vs goons i pay a small amount

goons vs me they pay a lot

Current system protects those in a corp with no structure. They are not paying %11 taxes and they are still safe.

That would be going backwards, long ago CCP changed the system because of the ridiculous amounts of grief deccs, it’s was a problem that has been largely solved.

Convoys will never be a thing in EVE.

People who say “never” have no imagination.

Convoys happen all the time. Just not the way you describe them.

I was even part of such convoy he describes once. It was a corporation fleet activity so the freighter owner paid nothing and the protection fleet also didn’t demand anything.

But that ended when our corp leader skilled JF and since then he just soloed this activity as everyone else.

It is just too easy to haul large quantity of goods from anywhere to Jita… I agree wirh OP the other market hubs wouls become a thing if it wasn’t so easy.

Isn’t this what they tried by geting rid of Niarja so it takes an eternity to get between Amarr and Jita? Amarr didn’t grow as a hub, it mostly died as peple just moved closer to Jita.

Or alternatively there was any kind of variation in anything anywhere.

But when that was tried all the krabs screamed in horror and of course it was reversed.

Do you know what change it was that made the regions different which was then reversed? I’m still trying to catch up on old patch notes but this sounds like something I’d like to know more about.

I think Scott is trying to contact me again.

Hang on let me sort that out… 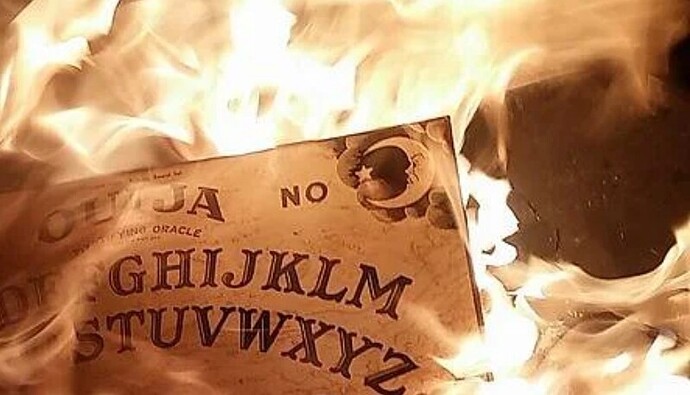 Convoys happen all the time. Just not the way you describe them.

Corp logistics are a different thing than random haulers needing escorts for their trek. Who is going to spend hours and at least half a dozen of characters or players flying side by side with a freighter or DST to protect it and don’t get anything in return?

10 years ago, I have also been part of a “convoy” to move Ihub upgrades from high sec to our new null sec home, complete with freighters and titan bridges from HED-GP into deeper southeast. It was a truly enjoyable experience.

This has nothing to do with “lack of imagination”. It is simply a tedious, unrewarding task. Doing that for free in your corp works because it’s necessary, but no one provides freighter escorts for free in high sec. If you think otherwise, than try it and protect the freighters moving between Jita and Dodi/Hek/Rens/Amarr. Tell me how that goes.
We have this idea in Haulers Channel every other month. The biggest issue most people see is trust. Why would you trust a random group to protect you in Uedama or Balle and not just bump you when you arrive in system? Surely, you can build that trust up slowly, but that makes the convoy activity even more tedious. And one rogue character can ruin your reputation and cause ridiculous hassle (remember Snuff’s shenanigans with EVE Scout Enclave bookmarks in Thera?). By all means, though, prove me wrong. Make convoys a thing. They are already needed with all the ganking.

I agree wirh OP the other market hubs wouls become a thing if it wasn’t so easy.

No, that is not a thing and will not be a thing. If it were, then hubs like Stacmon, Orvolle, Dodi, Hek or Sasta would already be much bigger because they are so remote and far away from Jita, even with a JF. People who live close by to these hubs and don’t have intricate corp logistics should rather go shopping there than in Jita. But they do not, for a variety of reasons: Higher prices compared to Jita, even if you factor in transport cost; lack of coverage, what you need is likely not available, and hard to source materials to build things locally that might be needed.

This has nothing to do with “lack of imagination”.

It clearly does as nothing you described is how current convoys work, or how theyve ever worked in HS that Ive seen.

If it were, then hubs like Stacmon, Orvolle, Dodi, Hek or Sasta would already be much bigger because they are so remote and far away from Jita,

If you think Dodi is remote from Jita, I dont think we need to continue thus nonsense any further.

Enlighten me. How did they work? And how is that going to work now against big angry war deccers like Blackflag?

I wasnt aware you needed a structure to fly an Orca or a freighter, please enlighten me as to why.

As for convoys, I really shouldnt have to explain the basics of three or more ships of the same type flying together to the same destination but there we go.

The OP wants to change the structure requirement to declare wars. She wants that you can declare war against anyone again, and only the declaring party needs a structure.

As for convoys, I really shouldnt have to explain the basics of three or more ships of the same type flying together to the same destination but there we go.

No, you don’t. But what’s the point then? That kind of convoy already exists and they offer no protection. IF you just talk about pure hauler convoys, that’s indeed nothing new. But the OP wants convoys with protection fleets. That’s something different than what you talk about.

how is that going to work now

The OP wants to change the structure requirement to declare wars.

Selective, misleading quoting, while ignoring what the OP said. Very quaint of you. Let’s beat that dead horse a bit longer, shall we?

I give you that, though. If more people hauled in Battle Nereuses, the world would become much funnier.

Youre the one unable to understand the concept of a convoy.

The OP suggestion is stupid, if it wasnt, we’d just have the old Wardec system which krabs were just as unable to cope with, even though it too just required imagination to completely nullify.

I give you that, though. If more people hauled in Battle Nereuses, the world would become much funnier.

How off topic and irrelevent of you.