Wow, when did EVE become pay-to-win?

chill
eve is not pay to win

eve is not pay to win

chill
eve is not pay to win

The whale that spends thousands of real money to “catch up” is gonna be super rare, so why worry about it?

EVE has been subscription based for 17 years. You’ve always had to pay to play it…

yes , pay to play , its a sandbox not a football match
you play, not win
to give an example , you can say the kid who pee less in the poll is the winner , but that would be BS to make the kids keep the pool clean

You can’t throw so much money at the game that you become virtually unbeatable. On the contrary, the rest of us sharpen our harpoons when we see a whale.

You only win when you stop paying 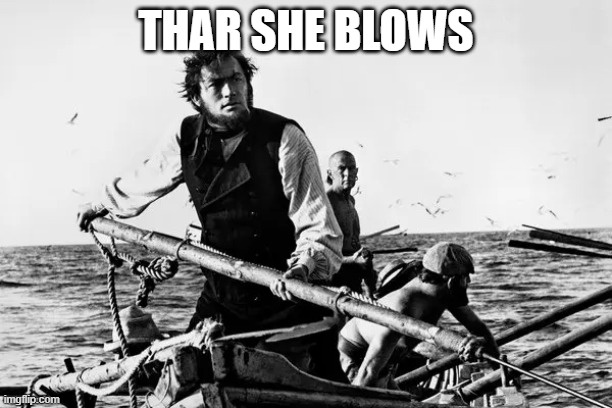 I dont think this game is pay-to-win at all. Maybe if you’re a solo player looking to play alone, but in the end for most people, this will be a socialize-to-win game.

Being a leader of a relatively large nullsec alliance, I see it day in and out where people think bigger and more expensive = better. That could NOT be FURTHER than the truth. When Legacy coalition was fighting Fraternity, we saw a few faction titans (the most expensive ships in the game) get blown up because the guy at the wheel was a creditcard warrior.

A single pilot flying as a simple t2 interceptor, interdictor, or any ship really, can make or break an engagement. Skill and time learning the game trumps spending real money every time. However, yes, there are ways you can speed up your skilling by purchasing injectors. As a company, it’s smart for CCP to think of ways to increase revenue. They run the game you love. Let them make money so that you can keep playing while they keep developing.

It actually happened JUST NOW, THIS VERY INSTANT now that you have noticed it! Thanks for bringing it to everyone’s attention.

Eve doesn’t even have a scoreboard

But it have competing people inside game. Theoretically whats being on the way of winning every challenge is availability of market, logistics and the skills players posses, but when these would be equal for everybody, more money spent on progress in scenarios will help. Throw cash and win scheme.

When CCP will reduce these limiting factors in the game, when they will flatten the unequalities, they will go after whales. They dont have to bring gold ammo even.

they will go after whales

Why would a company go after the biggest spenders? That makes no sense…

There are scenarios when structure is build by game and players. Like in solo PvP or PvE site running competition.

Its profiling in work. They could go into it like their parent company do it already, in BDO. That work would have to be spread on many years…

Many people forget that making online only game is about making more money, its business.

Like in solo PvP or PvE site running competition.

But you don’t “win” the game…it’s just a single little event that happened in a vast game. If you think you’ve won Eve by running a site successfully then you’re standards are pretty low.

Its profiling in work

Of course companies profile their customers…

They dont have to bring gold ammo even.

There is no “gold ammo” in Eve…

Of course companies profile their customers…

From the research paper above, that I posted:

For real money, spending increased for players up to four years, then declined

It is the availability of items that are in the game that make me think its the same with EVE.

Thats also reason why they want new players and are willing to add things like red dot to the game, because they said new players liked it.