"A Federal in Pochven" Holoreel Series

An opening animation of a soaring eagle diving into an triangular filament ends with a stylized logo clearly reminiscent of the Gallente Federation next to another logo, again stylized but reminiscent of the Triglavian Collective. Title script beneath the dual logos reads: “A Federal in Pochven.” 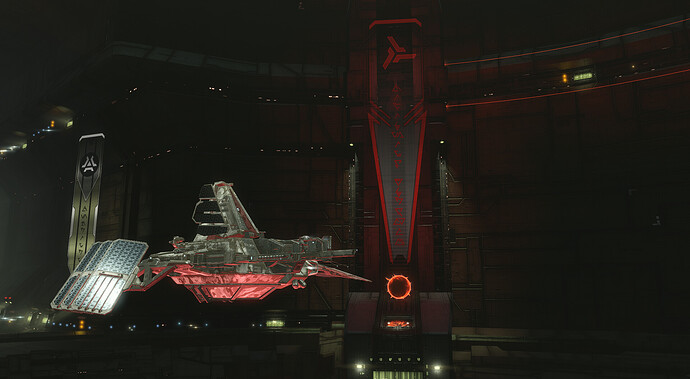 [A montage of food stalls in the Senda market-bazaar section begins rolling to the backdrop of upbeat, colorful music. The music is a fusion that could only be found in the Gallente Federation, but the food and culinary delicacies depicted vary across cooking styles and regional influences. Angles from above the food vendors, angles at street level, and close-ups of food preparation round out the opening montage]

[The camera cuts to a shot of a woman in a Triglavian Survival Suit (Encounter Variant) walking down one of the station boulevards. It is lined with food stalls, vendors, and holo-ads of all shapes and sizes both in Triglavian script and standard New Eden languages]

Viverina gesticulates towards the camera drone, “Salut! I am Viverina Cielvoss for a ‘Federal in Pochven’ and today we are taking a look at Pochven’s unique cuisine scene.” The camera pans over to the food stalls and the transactions between the vendors and hungry patrons.

“If you find yourself in Pochven for an extended amount of time for trade, combat operations, industry, or just for visiting, and you have access to a Triglavian Collective station, like the Senda III - Veles Clade Proving Complex, you will likely find yourself in a place very much like this one.”

She extends her arms out and declares, “A ‘culinary boulevard’ or if you prefer, a ‘Market Bazaar of Delicacies.’ However, I cannot guarantee that any of the meals you see depicted here are unadulterated through bioadaptation or mutaplasmids. Please, unless you understand the risks completely or have embraced bioadaptation, approach food and drink in Pochven with caution.”

As she walks, she gestures towards the vendors, “Pochven is one of those unique places in New Eden where people from all backgrounds congregate. Such diversity may be found elsewhere but there is no clear plurality when it comes to a culinary culture, no overarching themes. Instead, there is Intriguerre, ‘Sobornost’ Kybernauts, Triglavians themselves and an entire population of independents who run establishments like these ones.”

“At the same time, the flow of ingredients into Pochven can be irregular and while this is sometimes supplemented by agriculture and aquaculture from planets within Pochven, the situation of the “Proving” as it is called, can adversely affect delivery schedules. As a result, cooks, chefs, and street vendors such as the ones behind me must make do with what they have on hand.”

[The camera pans from Viverina towards one of the stalls, where a vendor armed with a wok is tossing food into the air, then pans back to Viverina.]

[The scene then cuts to the outside of a seafood restaurant on one of the side streets off from the main boulevard. Bioadapted, saltwater fish swim in tanks outside of the restaurant. The camera shows fish, crab, and various types of shellfish. The workers in the restaurant and the patrons walking into it appear to have no need for survival suits, indicating their status as bioadapted.]

The camera then pans over to Viverina, who is wearing a survival suit, “One step in affordability above the street vendors and one step below kybernauts and capsuleers who can have luxuries imported regularly, are restaurants such as the one behind me. This one specializes in seafood exported from the Pochven system of Krirald.”

The camera shot then cuts to an Amarrian woman blowing on a bowl of what appears to be a fish stew garnished with sprigs of green onion.

Viverina’s off-camera voice can be heard, “How is it, Shila?”

The Amarrian woman chews thoughtfully, smiles, then gives the camera thumbs-up. [Text to the side of the scene reads: “Not a Paid Promotion.”]

Viverina explains from her off-camera position, “Shila has embraced bioadaptation and so she agreed to do a tasting for us.”

“That is all the time we have for today. For a ‘Federal in Pochven,’ this is Viverina Cielvoss.”