All those new "targets in space"

That remains to be seen. What they want is for most of the gankers to just quit the game.

See that is the problem. I wanted to quit long time ago, mainly due to the ■■■■ with botting.

BUT I cannot quit. If I do carebears will mock me for not being able to adapt to the nerfs. In fact, I need to gank more than ever before just to make a point.

The bots will have the last laugh, as all these self-righteous carebear forum preachers will find themselves priced out of the market by 100-ship bot fleets that strip entire constellations and do all the PvE content with unblinking eyes.

Wake up and smell the coffee mate. HS was designed for Industrial Activities.

That’s a non sequitur, as nothing about it being for industrial activities excludes pirates. And where else would pirates be other than right where the activity is.

What’s more, highsec already has NPC pirates, who actually have more noob kills on a daily basis than gankers do. If highsec was ‘meant’ to be totally safe for miners, etc…why do these NPC pirates even exist ? And why have highsec divided into different levels of security, from 0.5 to 1.0, if ALL of highsec is supposed to be safe ?

The very design of the game clearly shows that player piracy is an intended feature…as there is no other reason why there’d be different Concord response times in different levels unless there was something for Concord to respond to. Duh !

Main problem with the abyssminers are the bots doing low level traces 24/7. I report them, I get the email from CCP saying thanks, but they are too many. I doubt that some blingy gilas doing t5/t6s can compete with hordes of bots pulling out stuff all day long.

But for some nullsec players it was unfair, then here we go. Perfect to farm my abyssminers ^^

Yeah I saw 40+ covetors mining ore belt with Orca yesterday already. But for some reason they all logged out soon after I entered system haha.

40 retrievers? Well ok, but 40 covetors? That is not something you can manually manage to multibox. 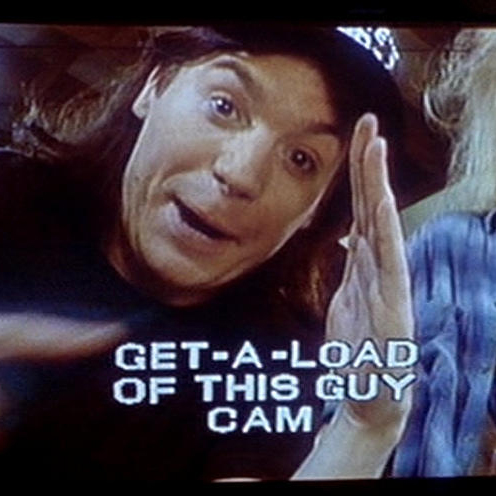 I don’t understand why anyone would be placing the filament in Hek. There’s no end of 0.5 systems with not a soul in them, empty most of the day, where a person could enter and exit and nobody knows. Rewards can then just be stored locally and transported to a hub at a later date.

Exactly what I do

The odd thing is you HS gankers getting so worked up about someone else playing the game and (maybe) making a profit in a way that takes significant effort for you to disrupt. And crying about how hard it is for you to earn a profit safely in HS… sheesh.

? No one cares cept for null babies and crybears.

Ganking abyss runners is good money. Gankers don’t want them out of HS.

Wake up and smell the coffee mate. HS was designed for Industrial Activities

Nice opinion you got there

You guys are hung up on the wrong thing, again. The solution for the issue of abyssal content isn’t to have a convoluted system of safety tiers and suspect flags. What it should be is, if you come across an abyssal trace of any sort, you should just be able to enter it.

Gasp! That would allow abyss runners to enter with multiple ships! The horror!

Let them? The content can be easily tuned to scale up with the amount of ships/mass that enters the pocket.

I never understood the idea behind abyssals. CCP had some notion about game balance there.

I guess I think they were fine as teaser content for Triglavians when they first came out. I think they should be eliminated now that Pochven exists, or they should only be activated from inside of Pochven. It just makes no sense for Eve to have instanced PvE content like that.

I hate all of the transport filaments with way more passion than I hate the abyssal filaments. Nobody else seems bothered at all about the filaments.

The only issue I ever had with the filaments was that you used to be able to use them from inside a WH. That was just a wild get out of jail free card where there was no asset safety. As far as using them to just jump around and see what trouble to stir up they serve a purpose. Large sections of null would be completely untouchable if you couldn’t just randomly pop into the system at any moment. It helps keep everyone on their toes.

You could always get anywhere you needed to go in null using wormholes.

Eventually, with some luck and tripwire and maybe some depots for refits with specific ships. But being able to pop a filament and be right where something interesting is happening is a handy feature. It definitely increases rights, which are clearly in short supply lately.

They could have removed some of the tedium from scanning wormhole chains. Instead, they chose to implement cheesy Reindeer Space Magic.

ANOTHER anti-ganking forum alt? Where do they all come from?

When all your opposition immediately docks up when you enter a system, and your market competition immediately closes shop when you sell a wear, in their station, you have nothing left to do but endlessly spam the forums with sock puppets, synchophantic alts and flag posts that you don’t agree with.

The true EvE player, right there.

Why do you guys call him Scott?

I thought that was another name for Lucas.

It’s all the same person with the same MO pretending that whatever they are doing is both clever, and productive. But as we know, it’s not.

On an interesting note, my corpmates are seeing a lot more action in the forward systems in low. So I’m hopeful that FW is less risk adverse and not as friendly to the LP farmers. But we will see.