I just realized AMD FSR 1.0 made it into the game a few updates ago and was exited to use it when multiboxing because I’m mostly in “potato mode” anyway.

However FSR is supposed to be applied before the HUD but unfortunately the devs forgot about the Tactical Overlay and it just turns it into a mess of unreadable numbers. I have each character in a 1080p window and with FSR in Performance mode would make the graphics render at 540p which would be fine for graphics but here its the reason it has unreadable text. 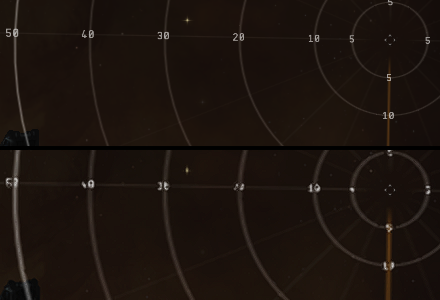 Other HUD object seem to be working correctly like in-space ship icons and overlay window/dscan/chat and alike, unfortunately everything regarding the tactical overlay is affected including numbers, direction line, line projected into horizontal field representing distance to another ship, etc…