[ARC] Project Weathersnap | Observations of the Formation of Metaliminal Storms

With the recent Triglavian threat developing as New Eden fights to repel these invaders, a new threat arrives at our borders. Metaliminal Storms, with properties not dissimilar to the anomalies we have studied in the Abyss, have begun to churn across Null Security regions. It has become essential that we collect data on the formation and the routes of these storms early on as to have as much data available for other teams to identify and analyse the impact these storms will have on the ecosystems of New Eden.

Observations of the Formation of Metaliminal Storms

The first liminal storms were first observed on YC122-08-20, when simultaneously four distinct weather effects not dissimilar to those first observed in capsuleer incursions to the Abyss, suddenly manifested across the bordering regions of Empire space and in Null Security space.

While we have no clear source of causation for the appearance of these storms, this isn’t the first time New Eden has suffered their effects, with similar scope of effects having been detected in the Detorid region for decades, but never with the intensity and scope these Metaliminal Storms currently present. We suspect the cause for these storms are due to the influence introduced by Triglavian Collective as they use Stellar Manipulation to extract resources from the systems they have conquered, and the rampant use of poorly understood Filament Entanglement used by both Triglavians and Capsuleers alike. Certain sympathetic parties towards the Triglavian efforts extrapolate that the storms raging New Eden were not caused by the Triglavians themselves, but that they knew eventually the very same storms that ravage the Abyss would make their way to New Eden, thus explaining why they are so eager to apply “Bioadaptive” modifications to the local populace currently facing Triglavian occupation in Final Liminality systems, however these facts haven’t been backed up by the Collective, who continues their military campaign with minimal attempts at communication to its enemies and allies alike. Whatever the probable cause for the formation of Metaliminal Storms might be, these storms present an immediate threat to all systems and the populace that lives in them.

The size and scope of these storms is variable, as they appear to be determined by the proximity of the heliosphere of neighbouring star systems to the storm’s epicentre. The storm can reach and stretch from the epicentre towards any close by system, sometimes ignoring distances and travelling time limitations that any particle travelling at sub-light speed should have.

We suspect that the gravitational field caused by both stargate travelling and warp field distortion of travelling ships influences the course and influence region of the storms. Furthermore, it has been observed that the epicentre of these storms prefers travelling using stargate routes. Using this observed behaviour for storm movement, we have been drafting scenarios to predict possible patterns of movement to be able to ascertain the path these storms will take, with a more than negligible margin for error.

Naming and Cataloguing of Metaliminal Storms

To facilitate the tracking of the storms as they appear and move, our team decided to tag and name them, so they are easily identifiable. By suggestion of our adviser, Annisir Kaugan, we have decided to name the storms after notable characters in the ancient Amarrian legends of the Addams Clan, dating back to the advent of the closure of the EVE Gate, public domain characters enjoyed by children and adults alike across the cluster. The serial number attached to the name indicates the number of the storm, the date they were first observed and the type of storm they present themselves as. We predict that these storms will eventually subside and be replaced by the coalescing of new storms, thus we have made the naming convention in preparation for such possibility. Below is the template for the naming convention followed by the current description and analysis of the known storms we have observed.

The first storm to be analysed, first appeared on YC122-08-20, “Thing” is a Firestorm composed mostly of highly thermo-reactive helium particles well above 1000K temperature ranges. The presence of this storm appears to be of interest to the Collective as there have been reported sightings of Emerging Conduits in the epicentre of the storm, but without any other forms of incursions by the Triglavians. The high temperature matter present in the interstellar medium of the system has the side-effect of disrupting weapon and drone tracking speed.

The epicentre of this storm was first detected in the Providence region, on the constellation 04-H4M, in the system R3-K7K. Presently the storm is on a course towards Catch, with the possibility of making a stop in HED-GP and thus affecting negatively bordering Khanid Kingdom systems.

The second storm to be analysed, first appeared on YC122-08-20, “Wednesday” is an Electrical storm composed of long wavelength microwave radiation prone to electromagnetic discharges. Most notably, these highly energetic discharges have a proven effect on the delicate kernel induced capabilities of cloaking devices, rending them inoperable. Ships reliable on their cloaking devices to avoid detection by hostile parties should avoid setting routes passing through these systems unless properly prepared.

The epicentre of this storm was first detected on the Providence region, on the constellation XV7L-S, in the system of KBP-7G. During the first week of activity “Wednesday” made a round trip inside a constellation pocket within XV7L-S, where the alliance S3VERANCE was known to operate before the fall of the Providence Bloc. At the time of this writing the storm’s epicentre had returned to KBP7-G after a weeklong tour within the constellation pocket. We predict the storm will now resume its path across Providence, possibly mimicking the same course as “Thing”.

The third storm to be analysed, first appeared on YC122-08-20, “Fester” is a Gamma storm composed predictably of gamma radiation, short wavelength electromagnetic radiation of extremely high energy. It has been noted that the high energy content of these storms attracts roaming hives of rogue drones towards the epicentre, seeking the easily harvestable energy to replenish their power supply. Ships that rely on logistical defensive systems should be wary of operating in these storms, as while gamma radiation interacts favourably with a ship’s shield field, the modulating frequencies of the gamma radiation heavily disrupts all known nanite based remote repair systems commonly found in Logistic Cruisers and Frigates, thus we encourage internal repairing systems for ships operating in these conditions.

The epicentre of this storm was first detected in the Tribute region, on the constellation 1P-VL2, in the system of M-OEE8. So far, the storm has shown a stable and consistent movement pattern, with a predicted course heading towards the Venal region. “Fester” has provided valuable data in making prediction scenarios on storm behaviour and movement.

The fourth storm to be analysed, first appeared on YC122-08-20, “Gomez” is an Exotic storm composed of multiple forms of slow travelling beta radiation composed of highly reactive positrons and neutrons. Such particles are known to react in unpredictable manners when colliding with stellar objects such as asteroids or vessels, not only making them easier to scanning systems but altering the chemical properties of these objects, predictably changing the chemical structure of both the asteroids and any ship’s shielding emissions and armour layering exposed to them. The presence of such particles is also known to facilitate the stability of warp fields, though the process is not entirely understood or observable with the tools we have currently available.

The epicentre of this storm was first detected in the Syndicate region, on the constellation Z-6NQ6, in the system PF-346. This peculiar storm has been proven notable by the sheer size of influence it had when first detected, sprawling well over three different regions in a spectacular stretching of its form. Placid and Essence were both affected by the storm as the cloud of exotic matter seamlessly stretched across space and time to influence systems connected by the strong gravitational field of the stargates that connect them, proving that these storms are well above the influence of known laws and corollaries of physics as we understand them.

The fifth storm to be analysed and the first to be named by our current naming convention, first appeared on YC122-08-24, “Morticia” is an Electrical storm of similar properties to that of “Wednesday”.

The epicentre of this storm was first detected in the Cloud Ring region, on the constellation of Ballene, in the system F7C-H0. The most notable observable behaviour of this storm is how it seemingly is on a collision course towards the Syndicate region. More specifically, rushing to meet the storm “Gomez”, as if the storms were star-crossed lovers longing for each other, as jokingly observed by a member of our team. While the relations between inanimate forces of nature is best left to Galnet discussion forums, should the storms meet it will certainly provide us with invaluable data on how two storms interact with each other when in close proximity.

The sixth and most recent storm to be analysed, first appeared on YC122-08-28, “Pugsley” is an Exotic storm of similar properties to that of “Gomez”.

The epicentre of this storm was first detected in the Geminate region, on the constellation of IPS-QB, in the system of BWF-ZZ. As it is the most recent storm to be observed, we are still gathering data on the possible course and behaviour the storm will display.

So far the variation of storms currently churning in New Eden have proven to be similar to the ones detected within the Abyss and we detect a pattern in the formation of these storms, with next to follow being of the Firestorm and Gamma varieties. However, our team has discussed the possibility of a theoretical fifth type of Metaliminal Storm composed of dark matter particles, but thus far we have not detected their existence in New Eden. We predict that such a storm would have the possibility of disrupting our fluid communication routers in such a way that they could disrupt open communication channels within the affected systems, as well as disrupting targeting and weapon guidance electronic systems and even possibly disabling warp interdiction nullification. Our hope is that such a storm never manifests in New Eden for the sake of the people that would be exposed to those deadly life-extinguishing particles.

Due to neglect we weren’t able to collect data on the first few days the storms were active, thus having to rely on third party observation and extrapolate using that data that was available to us before complementing it with our own observations, thus there is the possibility that the precise order of the earlier storm formation is imprecise. Should more accurate data be presented to our project by third party observers, we will make corrections as needed.

As our observation of these storms continues, Project Weathersnap will soon be able to deliver reports on the possible course for these storms on a weekly basis, as to prepare and prevent rampant disrupting of spacefaring activities within those systems. Such reports, like those produced by our Anemometric scientists present on planet bound weather analysis, our own reports will be prone to severe margins for error and deviation, in the realm of 33% and upwards. Massive criticism will follow when our simulations fail to make valuable predictions, but that is a price our team is willing to pay.

Project Weathersnap currently has a public spreadsheet containing the positional data of the storms as we collect it. Hypernet Link available bellow: 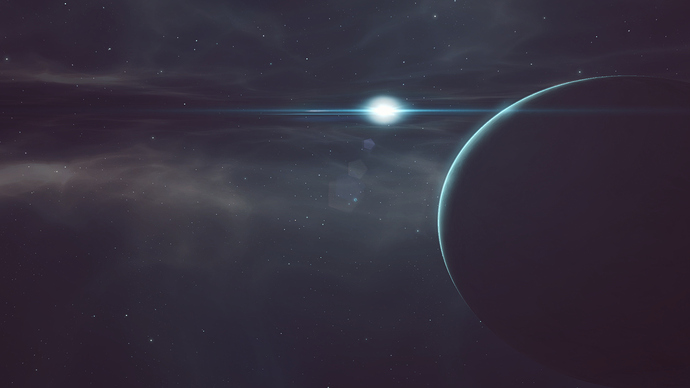 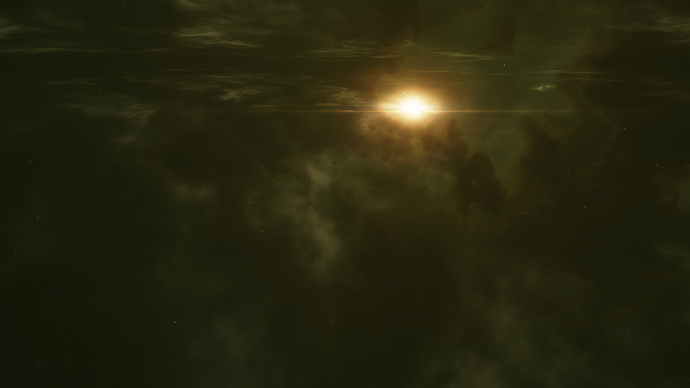 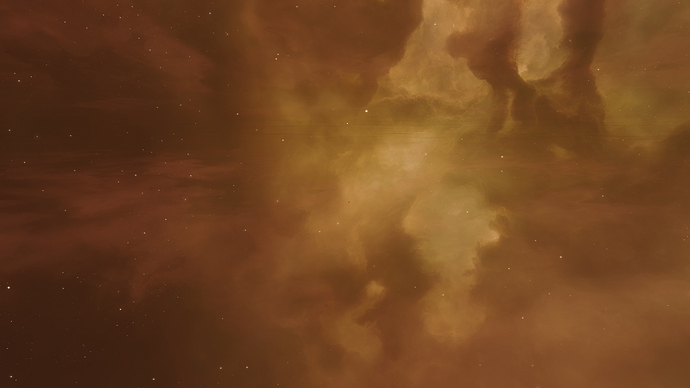 Based on our simulated predictions, we foresee a new storm coalescing shortly after the noon of the first of September, New Eden time.

Prime candidates for the epicenter of this storm are as follow:

These systems show the clear signs for the coalescing of a Metaliminal Storm.