I have no idea about the question.

The orders are obviously BOTS. As a newbie of marketing, it is not fair to spend a lot time to compete with the BOTS. 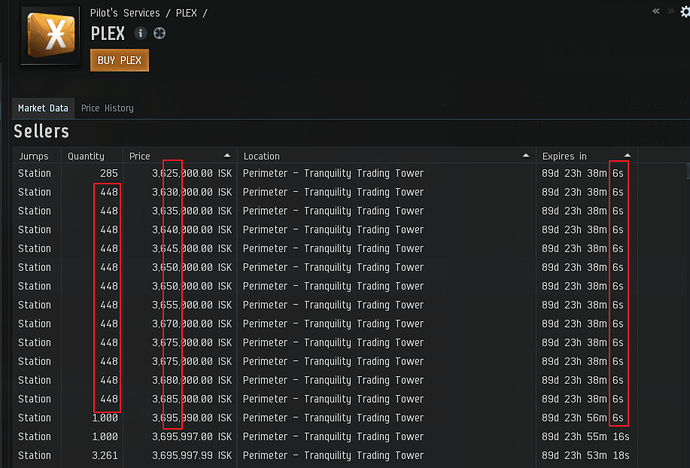 My friend sent tickets to CCP, but they looks don’t care and did nothing. So, I guess maybe we are supposed to be able to use the kind of software to modify orders in marketplace?

You can do that by setting up a split sell order like this. 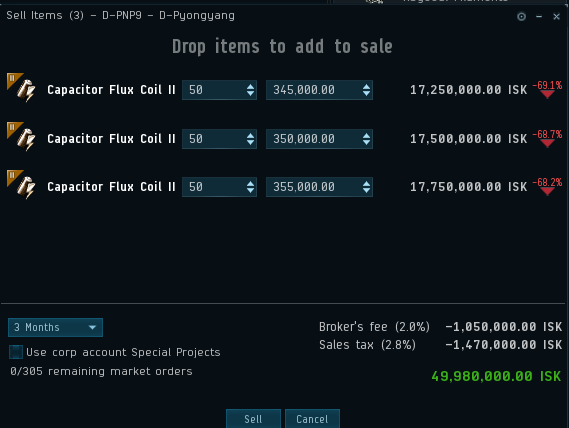 If it’s “obviously” a bot, do you have proof?

So, I guess maybe we are supposed to be able to use the kind of software to modify orders in marketplace?

Bots are against the rules and botters will be banned.

What you wrote isnt necessarily a bot so they may not get banned.

It can be difficult to tell the difference between a bot and a player acting like a bot. You need to watch them for a while to see the patterns emerge. Once banned, they’re generally back within a few days (hours?) with new accounts. These people aren’t playing a game, they[re running a business.

CCP could make their lives more difficult by encrypting the data so the bot actually needs to interpret the information displayed on the screen but, as long as it’s profitable business, they’ll find a way.

CCP could make their lives more difficult by

Asking for full or large portion of broker’s fee every time they change order.