It’s well known that gankers, such as code and others know that there is a major imbalance and to be fair CCP understands this too as they know that when ships are lost and items are lost it’s good for the server, and for the market. AND for their own wallet as it might drive people buy plex to replace what they’ve lost.

I don’t know how many times it has to be asked to CCP, Find a balance not only for miners, but for freighters, and speaking of freighters you need to make it so courier contracts once accepted that person can’t be locked out of a station regardless of where it goes in the entire universe. A contract is not a contract if one party does not fullfill their end, might as well call it a “take a chance to get scammed” paper.

Eve has always been about PvP and that’s great. However PvP servers do not do as well monetarily as PvE servers. I think it’s time to add invulnerability modules to freighters, and exhumers.

complete non issue imo. Don’t haul multibillion loads afk. And if you want to carry something like 30billion make sure you protect it, and don’t cry when you lose it, people are going to come at you carrying that much. There’s a reason business use armored cars to pick up/drop off cash.

What was the fit of this tanked Hulk?

Freighter pilots: use a corp alt in a rapier to escort and insta web your freighter along your trade route. make sure friendly fire is allowed.

Miners: I know you all set up an intel channel and have guys on the gates watching one system out of your harvesting location right? Still code can get thru in a timely fashion provided those not paying attention. So what do you do? cant mine in high sec? MOVE TO LOW SEC…

crazy idea here… lol take it to an area filled with pirates. I live in a very hostile area of low sec atm. Im surrounded by hostiles that will form groups of hundreds if seen or spotted. Why would I reccomend this> you ask? because im my experience, with my play time and style, I see less pirates being surrounded by goons and bastion and darwinism, than i do in high sec…

IF you can find a quite pocket system, or make friends with one of hte local pirate gangs, may help to offer some industrial services, free t1 ships… small things, that you can do easily that will help them some, to just leave you alone.

Since I moved out of the high sec idea. years ago, ive not had many issues mining or exploring. or ratting… I usually move around ht map alot. We have bases of operations ALL OVER the ma. strategically placed to provide us the benefit we desire.

We mine in the quite time of Eve. We have made friends with some nasty local pirates, - BUT THAT DOES NOT MEAN they dont hunt us, or chase when we are seen. It just means get the ■■■■ out of the popular systems where people are lazy and sit afk for hours. getting ganked and complaining about it. this way you get better ore, less people, maybe a chance to befriend a corp or alliance. idk but thats just me. If you hang out where its easy to get ganked, or where so many people are the chances of getting ganked are so high, well, you should move. simple as i can make it. be like water, my son.

You know what this forum desperately needed? Another CODE./ganking thread.

OP, I don’t understand why you think CONCORD should always insta-pop a criminal. Isn’t it more interesting that there are systems that are safer and more dangerous with different response times? They pretty much already insta-respond in 0.8-1.0 but all your suggestion will do is make the game much less interesting and high-alpha gank ships like the Tornado (preferred in these systems) the only rational choice everywhere.

If some ships are too easy to gank, why not just raise their EHP somehow as has been done in the past to make it harder/more costly? I don’t see how the game would be better if CONCORD always responded with the exact same delay everywhere.

As for invulnerability, I think you know that is a non-starter. You demonstrated that you understand we are all part of a shared, player-driven economy and thus there will be no safe travel or invulnerable resource generation.

People mine and haul safely everyday in highsec. Find a strategy that works for you as one does when they play a competitive game and stop asking for the rules to be rewritten in your favour.

How original. Another whine thread about ganking.

Why not just invest 5min to find out how to tank your ship? Or how to not YOLO a freighter into a system full of gankers? Or to find one of the 10 other thread full of tears about gankers if you really have to tell us that you did not bother to learn some basic gameplay.

Miners: I know you all set up an intel channel and have guys on the gates watching one system out of your harvesting location right? Still code can get thru in a timely fashion provided those not paying attention. So what do you do? cant mine in high sec? MOVE TO LOW SEC…

even better go to null, scoop up the ABCs and the new moon goo roids, all while under the umbrella of a standing fleet. Lets just say there’s a reason delve has way more mining than any other region. Last I knew karmafleet had very open recruitment policies.

just freaking look at it: 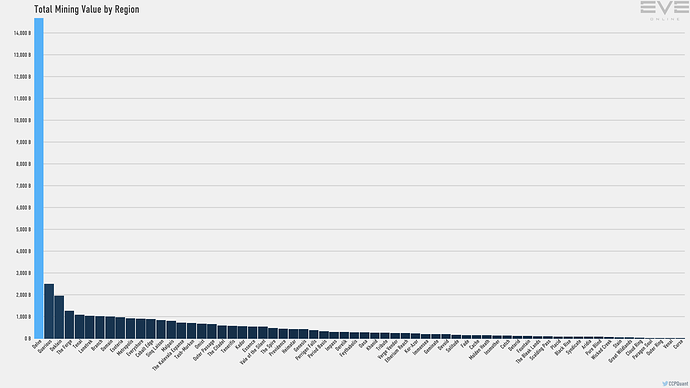 Yeah, as I expected

It is not CCP’s job to tank your ship or manage your risk. That is your job. If you don’t like it, quit, EVE is not for everyone.

If you want to be invulnerable, close the client. Problem solved.

Gibb isboxer back. Ganking miners is easy other stuff is rough as a solo ganker with all nerfs regarding ganking.
33% hull buffs
Bowhead nerf even that CCP specified it was allowed…
The list goes on.

The OP should find his own balance in game. Here are the things that are under the OP’s control in terms of freighters:

Instead of crying to CCP, try using the above.

As for mining ships:

Try the above before crying to CCP.

Well, its not like CCP is making it easier to gank.

I don’t want to turn this into an ISBoxer thread, but there were good reasons to remove that, at least the broadcasting aspects of it.

Yes I agree to some part of that. My point for it tho was that its ridicolously easy to prevent being ganked.
Fit your ship properly.
Dont haul ridicolous amounts of value.
Get a web alt.
Scout.
Keep an eye on local.
Dont AP.
Instadock/instaundock bm.
And well, common sense.

I agree with all of that, but of course @Fabulous_Rod is going to call you an idiot for posting that.

well, you freighters could do what I did… and just get you faction standings all ■■■■ so when you warp around in high sec with your big fat asses, the navy police will webb you just fine… works perfectly as long as you dont afk or go auto pilot…

beats having to use a second account to escort your freighter. but hey, what ever floats your boat.

srsly it works. idk what standing you need, i got like -7 or -8 or something

You can’t balance stupid though, can’t patch it either. Holy crap, that is like 370 million ISK just for the mining upgrades, I’d have ganked it too had I known. Oh and hey he was mining pyroxeres…he should have ganked just on principle alone.