It looks like there was an unannounced change to the Raven Jita 4-4 Skin. It used to have this cool blue effect running down the center over the bridge. Now it’s gone and looks like just another normal skin.
What happened here? Kind of bummed to have spent ISK for the skin only to have the best part of the skin disappear.

They did that to the old gala skins too now called spirit skins I think though not 100% sure. They used to have this cylon raider left-right scanning visual effect on many of them which later was removed sadly. They still look cool but without the effect much less so than before. 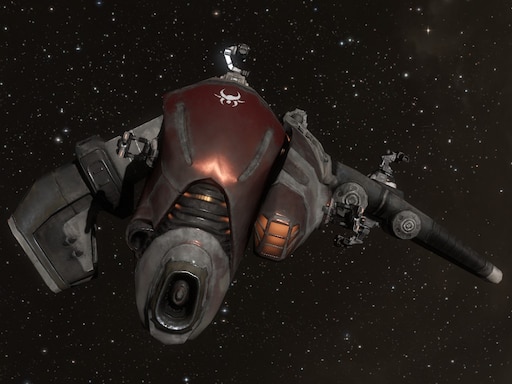 copying battlestar galactica and knight rider with that visual effect

Yes Cylons are from BSG. It was an homage rather than copying I think at least not in a cheap ripoff kind of way, it looked good and well crafted to fit the EVE aesthetics along with the rest of the skin which even without the effect look great still. Not sure why these effects are removed after a while, kinda a jerk move from the devs.

I agree, it was quite disappointing to find they removed it. I think since its a skin for a pretty unique occasion it more than deserves the extra detail