Code. RMT Clear as day, where is CCP?

Where is CCP at with Code known through the entire gaming community as one of the largest RMT organizations in the entire game? You look at Zkill and follow the routine it’s incredibly obvious, blue print originals, jump freighter, jita gate. They are getting lazy and sloppy and we all see it.

Where is CCP at?

I’ll refer you to https://www.eveonline.com/article/pec7fa/security-update-q3-2018. It’s not like CCP is doing nothing.

Blockquote Taking The Fight To RMTers

We’ve also been looking to take the fight to point of sale and support for RMT operations in recent months too.

The biggest problem for RMTers is advertising their services and finding their customers. Doing it in game is risky, and they’re easily caught by vigilant members of the community, so they take their business to the wider internet, specifically to e-store platforms and social media channels.

There, they get access to many customers, easy payment platforms and they can market their ill-gotten gains.

With the help of our legal and sales teams, along with assistance from many capsuleer reports of scumbags selling ISK and assets on the internets, we’ve successfully shut down more than 115 RMT groups that are operating on social media in the last couple of months and are planning on also looking to shut down RMT stores on eBay and other e-commerce platforms as we move forward.

The war on RMT is never going to end, but so long as there’s a fight to be had, we’ll keep hitting them as hard as we can.

I’ll refer you to https://www.eveonline.com/article/pec7fa/security-update-q3-2018 . It’s not like CCP is doing nothing.

Sounds like someone got their stuff pushed in, with an application of antimatter. 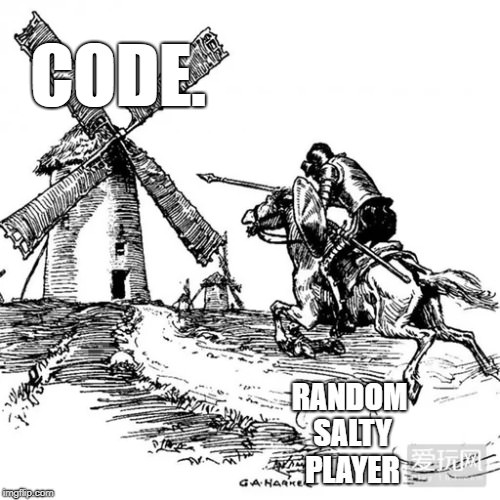 Whine and salty, a strange combination, but tasty nonetheless.

I wish code will stop ganking soon… i really want to be left alone and mine in peace. If no miners exist then the price for everything goes up

I wish code will stop ganking soon… i really want to be left alone and mine in peace.

Simple, be where they are not.

If no miners exist then the price for everything goes up

Do you seriously think that gankers don’t have mining alts, or that if the price of minerals increases people who used to mine won’t start doing it again because it’s become worthwhile?

It is well known that most of CODE. are Red Frog alts ganking the competition. You will notice that there are no freighter losses on zkill for Red Frog.

Hello Capsuleers! Every so often we’ll see topics like: RMT Topic Subject wrote: EVE 1000 Mil ISK=$12.99 or may see pilots posting something similar within the help channels. We call RMT or Real Money Trading. This is a form of buying ISK for real life money. This is a forbidden activity and isn’t allowed. ISK buying and selling is against the Eve Online EULA (Section 6 b). More often or than not, these ISK Sellers are also linked to account hacking rings who pose a serious risk to the…