What the heck is the proper rules when it comes to cursing in a “privately” owned chat channel that someone else has created.

This is the 2nd time i have received a stern warning for a minor curse in a Private chat, yet the rule seems to only apply to me or the GM’s mood ?

Never had a warning for cursing in any chat channels I have been in before in 15 yrs of playing. I would think that as long as it not a CCP channel like the player help channels, and it isn’t a real life threat against anyone you should of been fine but that is just my opinion.
This is the first time I have heard of anyone being warned for cursing

GMs have a lot of freedom. The recent AMA they did shows that they’re generally governed by guidelines (they do have rules ofc), and they’re encouraged to find exceptions where they can to help their customers feel more valued.

In this particular case, it sounds very much like the GM was just in the mood to issue a warning.

It has always been my understanding that private channels you can swear away.

That said, bigotry and personal attacks are never tolerated. So it does depend on what you said, who you said it to, and the context in which it was said.

Ask Me Anything. Popularized on Reddit, but Falcon and Guard just did a surprisingly candid one today about CCP’s new overlords.

In particular, I found this worth the read: 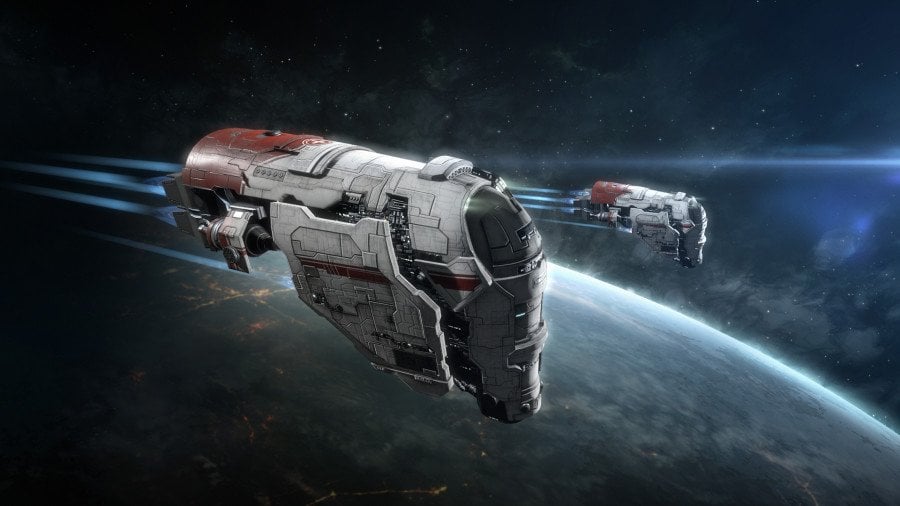 My guess would be cursing, per se, is not disallowed in public or private chat.

But racist, sexist, other -ist slurs and abusive/insulting language is disallowed, especially when directed at another player whether its in public or private chat through the EVE client.

My guess is that the public channel was a moderated channel with additional rules to which you agreed by participating. Alternatively, when you open a private conversation with someone it is not moderated. Therefore, people might curse, swear, and be otherwise as offensive as they like; so long as what is said doesn’t contravene the EULA, such as a real life threat or illegal activity.

You should bear in mind that many people consider in game chat, and EVE-Mail to be an element of PvP gameplay. Sometimes people deliberately engage in offensive behaviour to provoke you. It’s part of the experience. I’ve done it before, and I’ve had the same done to me. Just don’t take it personally - and if you don’t like it, then block them.

Sometimes I can get a response, and at other times, a well timed and provocative EVE Mail can provoke an opponent into an unforced error. It’s all part of the game.

Yes, but this was a about GM warnings.

Insofar as that, TOS/EULA, which all players have signed to have read, understood and agreed to, sets the rules for what is not allowed in any in-game interaction, and in some cases, instances outside of the game but connected to it by ingame actions, such as the “Bonus Room” debacle.

Be very careful what you say in in-game chats/EVEmail.
Both raging, and baiting (to a lesser extent), may end very badly for you.

One major alliance already collapsed by be-heading when its CEO was banned for TOS/EULA violating chat/EVEmail comments.

I dont think GMs will look well on deliberately baiting such a reaction, either.
Can easily be construed as trolling.

PS: These Forums have nominally a different set of additional rules, ontop of TOS/EULA, and issues here are handled by a different staff team, which may or may not result in action also against the in-game account.

Even if it’s allowed, why would you even want to.

Some people angry at loss (as their own fault) lose their minds.

Some people causing that loss like to troll/provoke them, to then submit a report on the responses to get them suspended.

it’s not a link if it starts with hXXX:// and ends with p to the ornhub dot com

@Serenity_Fireslayer it depends on the GM, but more on what you said. The rules apply anywhere, private channel or not makes no difference. The practical difference is that you might be more likely to speak with friends in such a channel who accept your way of talking and won’t report you.

I always assumed that GMs really only act if there is a personal threat, harassment or bigotry involved. A simply and possibly friendly “go f.uck yourself” shouldn’t case much issues.

As this is a Matter between you and CCP, Or the GM’s in this case, you will need to get in touch through the Support tickets to get a solid answer. You can also request an escalation so that it can be looked at by a more Senior GM. Members of the forums are not able to assist in this matter.

As this answers your question I will close this.