Economic stewardship: Do you trust CCP's handling of the virtual economy?

do they understand what is happening with it as well as Dr Eyjo did?

I doubt even Dr.Eyjo understood it that well.

It seems you are still mad that CCP announced changes to the availability of the AT ships that made the virtual price of your speculations drop in value?

This is like your third or fourth thread on the topic.

This is a valid forum tactic. I saw a kid using this same tactic the other day. He was screaming in a store, snot running down his face, red-faced, fists banging against his mom, stomping his feet on the ground. There was something he wanted for Christmas but his mother was saying he couldn’t have it. Apparently he didn’t deserve it.

I’m sure this endless wailing and gnashing that Magni is doing will work just as well as the kid’s tactic did.

(Oh, and for the OP, no I don’t trust CCP to handle the virtual economy well, and haven’t for over 10 years now. Which explains why I’m not dumb enough to invest heavily in the virtually economy before doing my homework and then spend weeks crying and wailing about it after.)

I’ll ignore the drama about OP’s alleged ulterior motives, and try to answer the question.

I think CCP screwed the pooch hard and deep with the creation of citadels. Sales tax used to be a money sink; it was paid and removed from the game. Now it goes to the owner of the citadel when items are sold there.

This did two bad things.

Second, it gave added impetus to an unhealthy concentration of wealth. The biggest corporations in EVE, (as in RL) are now so powerful as to be a force unto themselves, and there is little hope of ever catching up to them.

So, no, I do not trust them to manage the game economy wisely, but my trust doesn’t mean a donkey fart one way or another. It’s their game. We play by their rules, for better or for worse.

Seems to me like they’re doing a bang up job.

Pretty much only because you’re both relatively new and willfully blind. First of all “I hear stories” isn’t a valid comparison to anything. I get that you can’t be bothered dealing with facts or reality or evidence-based argument, but keep the adage in mind “believe none of what you hear and only half of what you see”.

Economy fails tend to happen in the early years of a new game while the programmers are in effect having the players shake out all the bugs in their code. EVE has fewer of these now when it’s almost 2 decades old but it’s had them in the past: Scandal looms once again in Eve

(In fact a fair number of EVE’s scandals involved devs in the game, something you virtually never see in any other game. These are the things that actual bitter vets remember and are bitter about.)

Heck, the entire mining rebalance is to fix the ‘economic exploit’ that CCP created with the Rorq/Orca changes. They knew exactly what they were doing, they were told in advance what the result would be but it didn’t matter - they needed to sell subs and SP and so massive profit changes to those ships were implemented, at the same time as selling the SP to get into them.

CCP deliberately created economic imbalance so they could sell it to players.

And for the OP: CCP has a string of broken promises, outright lies, and failed initiatives going back over a decade. To balance that, they’ve also delivered a game that has satisfied and entertained millions of players and is still running after almost 2 decades. This puts it in something like the top 3% of MMORPGs ever (for longevity if nothing else). Please note that most other game dev companies have equally spotty records.

You can stop crying any time now. You can’t create a groundswell of anger against CCP over this. Literally only you and maybe 3 other players in the entire game were dumb enough to speculate on these things as an investment.

You were foolish, you didn’t do your homework, you invested heavily in a house made of straw and when the wind changed, now you want to scream and cry in the hopes somebody will rescue you from your own mistakes. It ain’t gonna happen.

Maybe there are still people watching the economy and I really hope there are.

But the thing is, do they understand what is happening with it as well as Dr Eyjo did?

Economists don’t understand the real economy. Why do you expect them to understand a fake one modeled on the real one?

Yep, and you most certainly don’t have a bias blindspot, never fall victim to confirmation bias, never confuse your opinion with fact, and are the only one capable of evaluating the credibility of sources, or viewing things with a healthy skepticism.

especially if you consider how they have devastated the emergent market for luxury ships (unique AT ships).

Oh noes, adding 50 ships every decade decimates the market, you do realise that those ships are still rare enough that they are still unobtainable for the majority of EVE players so are still rare right?

Its not like CCP is handing out BPO’s for the things, you guys really really love to act like its the end of the world

“The gaming industry should evolve to allow gamers to make retirement plans by using the money they earn from games.”
INB4 Jita 4-4 retirement plan scams.

“hiring an economist as its chief economist to manage the financial ecosystem within the games.”

here is your answer: 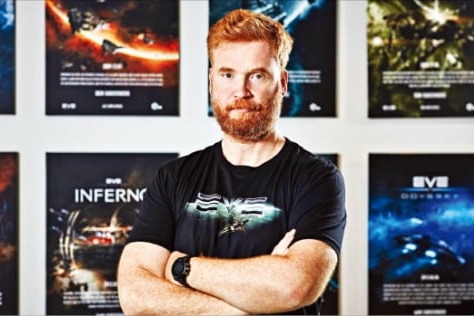 Values from games should be widely used in reality, says CCP Games CEO

Hilmar Veigar Pétursson, CEO of CCP Games The play-to-earn (P2E) model is not a new concept in the gaming industry and will be more important in the lon

Yep, and you most certainly don’t have a bias blindspot, never fall victim to confirmation bias, never confuse your opinion with fact, and are the only one capable of evaluating the credibility of sources, or viewing things with a healthy skepticism

Yea, I get that from reading his posts. They are nuanced and balanced and I feel I learn a lot from reading them, on any subject related to EVE. Kezrai’s posts are a breath of fresh air in this forum… Yours are okay too, when you’re not antagonizing others.

Economists don’t understand the real economy. Why do you expect them to understand a fake one modeled on the real one?

Yep, and you most certainly don’t have a bias blindspot, never fall victim to confirmation bias, never confuse your opinion with fact, and are the only one capable of evaluating the credibility of sources, or viewing things with a healthy skepticism.

Dude, seriously, stop crying about being asked for references. Nobody can evaluate the credibility of your sources because you virtually never use them.

You’ve got, mostly, a ton of opinion pieces that you keep getting wrong. You’ve got a clear “white knighting for CCP and against everyone who complains about EVE” bias. For some reason you keep trying to smear all of these people with the label “bittervets”, even though almost every time you do it the pilot isn’t either old enough to be a vet, nor complaining bitterly about a bittervet issue. (Hot tip for you: an under-2-year-old pilot complaining about a nerf to the Rorqual he just finished training into wouldn’t be a “bittevet” issue or complaint, for example, but I’m sure you would label it as such.)

I have two significant biases: I don’t believe that most high-sec ganking is anything other than a different variety of lame, weaksauce, safe ‘carebear’ play. They’re still farmers, they’re just farming something dfifferently. So I razz them whenever I see them thumping their chests and declaring they’re the “lions of EVE” when really they’re just lazy second-rate PvPers.

My second bias is against people who keep trying to purvey sheer bull and unsupported, biased opinion as fact, or try to classify mass groups of people according to simplistic views.

Guess which one you frequently trigger? For your other, helpful, informative and thorough posts you get likes and support. For the BS, biased white knighting and smear campaigns, you get called on it.

Support your opinions with fact, or else have them challenged. That’s the way it goes. And stop resorting to ad-hominems and strawmen every time you get challenged on your opinion and can’t back it up.

(Edit: I should include, I have a third significant bias: I think CCP is lazy and complacent in their job as developers, I think they generally opt for short-term solutions and don’t fully consider the long-term, and I think they’re far too insular and defensive about their skills as devs and therefore they keep ignoring the input they need to pay attention to in favor of BS “We’re CCP we know best” hand-waving.)

Yes I trust CCP to handle their in-game virtual economy 100%.

AT ships have been mentioned (again) as an example of CCP’s supposed mishandling of their economy. If I were to have actually won one of these ships, it’s value to me would go beyond any ISK value. If you can only see these ships in ISK value then don’t be greedy you’ll get enough ISK for them should you decide to sell one. Just remember everything in this game belongs to CCP and if they want to seed a few more of these ships into the game then hard cheese.

Oof. The amount of pity I have for thee.

Although please also understand that I am an old man and kind of think nfts and block chain money are variations on old scams. My father taught me that ‘if it is not real, not held, it is not worth it’ ((but then he was biased, being a smuggler and all))

Oof. The amount of pity I have for thee

BY THE SUNS OF WORVAN!

I guess that shows even repeated-whinge threads like OP keeps starting can accidentally end up providing a public service.

Why would I lie? The fact that as a grown person, you’re wasting minutes of your life reporting posts in an internet vidya game forum, esp for such a sad reason?

Straight pity bro. I wouldn’t wish your life on anyone

For me, it doesn’t matter whether I trust them. I simply do my research and adapt accordingly.

Straight pity bro. I wouldn’t wish your life on anyone