You mean the same devs who have made so many errors in judgment to the point where lovers of the game got so disgusted that they up and left?
I wouldn’t put a lot of stock in people who have a great game with more then 60k concurrent players and manage to whittle that down to 15k players.
At this point, any fool can realize that what the devs have said during the past 10 years is BS.

So they say.
You can continue to wear your pink-shaded glasses but as far as I’m concerned, these devs are just okay to code, not make policy.

PS: At this point, PA should take away CCP’s abilities to make policy on EVE. They clearly are incompetent to run a game like EVE. They should just sit in cubicles and code. Period.

Will the Lore be written to include a parallel New Eden Universe with detail?

Technically Abyss/Trigalvins introduced abyss sub space which is a parrallel universe, I have a feeling the drifter networks is another.

In fact, many devs consider MMO servers to have a “critical social mass,” or a minimum amount of players that has to be maintained in order to keep a server from dying. Thus, splitting the population of a niche game, at a time when player numbers are in the dumpster, and players are already complaining about New Eden feeling empty probably isn’t the most prudent idea.

This is true but this is also relative to the universe size, even 200 players can be enough if the universe was only 50 systems.

If the Eve universe was 1/4 the size everything would be thriving and players would not feel the emptyness at all.

We still have 14-20k players mostly online during prime times most other mmo’s operate at around 1k-4k players per server and at 4k it feels ridiculously full but that is because their landscape is way smaller.

Eve was at its best at 60k players its now 1/3rd so to get the same feeling even 1/3rd of the universe would feel great.

I like the map, sov, alliance and highsec safety changes. But I would not like all the other changes. ship durability, less star systems,value from idle ships and extended skills beyond the pilot skills. Those changes kind off destroy the current eve gameplay if you ask me.

many devs consider MMO servers to have a “critical social mass,” or a minimum amount of players that has to be maintained in order to keep a server from dying

Spot on, I think. With lower numbers on Serenity, and with similar complaints as we have on TQ the dire question is “how to at least maintain critical social mass or, preferably, surpass it”. From what we’ve seen since 2019, the game’s owners do not know the answer for EvE Online (any server).

While ignoring the facts that have been painfully repeated again and again since the introduction of Black Out, Scarcity and the rest of it, namely that they are driving players away while failing to attract new long-term players (resulting in today’s PCU), someone somewhere has dreamed up a marvelous solution: “Let’s make a new game based on what we (CCP) accept as legitimate complaints”.

If you go through the translation carefully, you will see less and less of the sandbox, and more and more of the themepark (e.g. bonuses from challenges, bonuses from tasks, even bonuses from ships collecting dust in a hangar). And paying a “fee” to get back a lost ship, wasn’t that a EvE Echoes thing that created a row because of the (real cash) cost ?

If one can never be wrong, one is bound to make the next big mistake.

Maybe the lock manufacturer should take over management of EVE then.

If Pearl Abyss becomes Lock Abyss the following months then the corporate takeover happened and they did and as such will also own CCP as well.

How can it be that Eve is not having CAT GIRLS? 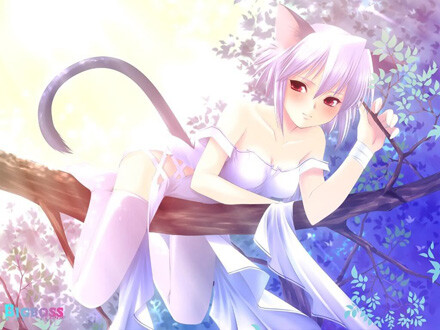 CCP not friendly? Gave all money to grumphy Industrialist?
CAT GIRLS dont like that.
In Star Citizen is a helmet with Cat ears. So they like CAT GIRLS!
You know what I am going to do now?

You know what I am going to do now?

I think adult content are not allowed on the forums.

Na, your actually one of the more reasonable people in here.

Why you are you trying to get along with me? Can’t you see that I just want to be enemies?

I just want to fight with people, and all these guys keep trying to find ways for us to coexist without conflict… it’s a waking nightmare. What has this world come to? And then, if that wasn’t already bad enough, they won’t even return my animosity and hostility when arguing with me.

Can’t you see that I just want to be enemies?

Nobody sees a shipwreck as valid target except for salvager drones.

How can it be that Eve is not having CAT GIRLS?

CCP… No sense of humour.

You know what I am going to do now? I would literally throw money at CCP to buy a cosmetic that makes my character have an IFBB pro super heavy weight physique.

Cats have better hearing overall. A dog’s hearing range is 67hz–45khz. A cat’s range is 45hz–64khz. (More hz means higher pitch. Humans hear 64hz–23khz)
Dogs have 18 muscles in each ear. Cats have 32 (humans have 6). Cats can rotate their ears independently 180 degrees. They can turn in the direction of sound 10 times faster than a dog’s.
Dogs are more prone to ear issues because their ear canal is L-shaped. A cat’s ear canals are self-cleaning.
In short, cats are more awesome than dogs

And they are right.

Cats, Bastet and the Worship of Feline Gods

Cats are among the most iconic animals in ancient Egyptian art and culture. The Egyptians encountered lions, panthers and jungle cats in the wild. Smaller cats lived among humans from early on, hunting vermin in homes and granaries. Through close...

Bastet is probably the best-known feline goddess from Egypt.

You made my dog sad 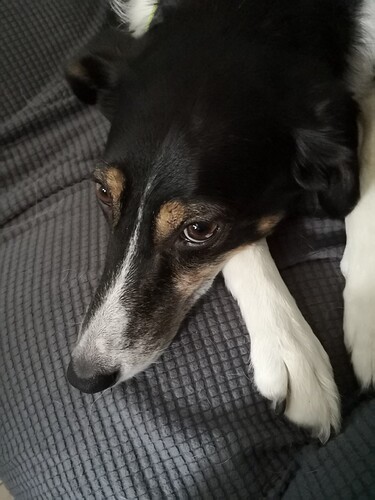 This thread is anti-dog and toxic