While youre focus is 99,9% of improving game features to provide better player game experience and whit that gather more subscriptors and more income, maybe you should think a bit outside the box for change, because to improve game subscriptions and Eve Online income is not limited to inside game improvements.

Eve Online is not only a MMO game. Eve Online is an idea of the future unique that stands on a mutch higher plane than just a computer game. Lets call it Eve Online Universe.

I think you allready saw what i meant.

Lol, where do begin? Let me see:

Well, they are already trying, yes. 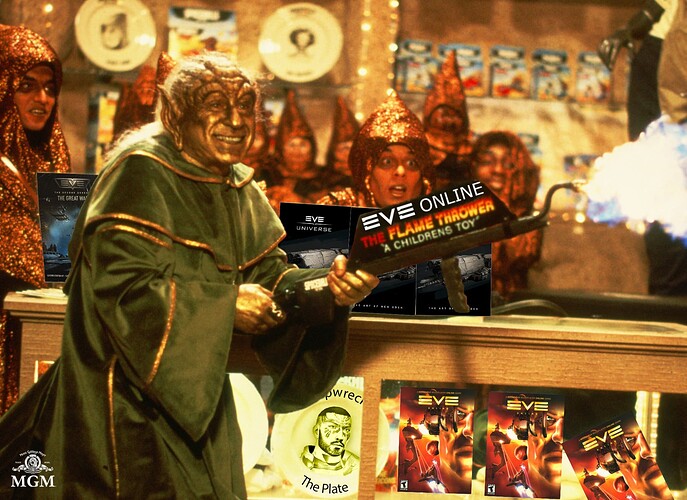 Well smart guy, they not trying hard enough.
The results are showing this.
Or else lets all seat in front of the Keepstar watching this game die.
Maybe thats your choice, not mine.
Fly safe

The best way for them to save EVE is to focus on EVE. If they do that, instead of chasing everything but, I think they can pull us out of this malaise.

Totally agree.
However I would really like to pay for some quality metal models of a couple favorite ships and perhaps a polo cobranded with my alliances logo.

From interviews you have given I imagine you would not disagree (all wrapped up with “cat ears”).

A CCP that put Eve first and was staffed by people actually passionate about the game they developed would be successful.

Totally agree.
However I would really like to pay for some quality metal models of a couple favorite ships and perhaps a polo cobranded with my alliances logo.

I’ve got a bunch of quality models - not metal though - from IRL: Integral Reality Labs

Those look really nice. Thanks for the link.