The 2021 Rogue Drone Event is on since yesterday, with available combat sites under the name of „Rogue Drone Outgrowth Colony”. The point rewards consist of sikins for the Sisters of EVE line of ships, and all-new scanning-oriented boosters applied directly to your character when redeemed.

The sites come in the form of two pockets, with three waves of drones in the first pocket and two waves followed by a cruiser-class bosss in the third room.

The damage dealt is omni and the NPC’s have the same rezist profile across the board. Most NPC’s have 0% rezists, with only the boss being different. Only the boss had drops, which consist of Overseer Effects, the highest I got is 22 Tier and the lowest is 6 Tier, skins, faction drone BPC’s, boosters and Intercepted Drone Communitations Fragments.

Only Tier 1 Frigates, Faction Frigates and T1 Destroyers can enter the site. There is no limit to the number of ships that can enter.
I have already finished the full point tally in the first day. The event was quite entertaining and I enjoyed it. I did it all in an active shield fit Worm. It took me around 25~30 sites to finish the event, at 10~12 minutes per site, plus warping through systems, all-in-all it took around 6 to 7 hours to finish. Do/ did you participate in the event? How did you find it to be?

Here are some of my runs on the road to complete the event: 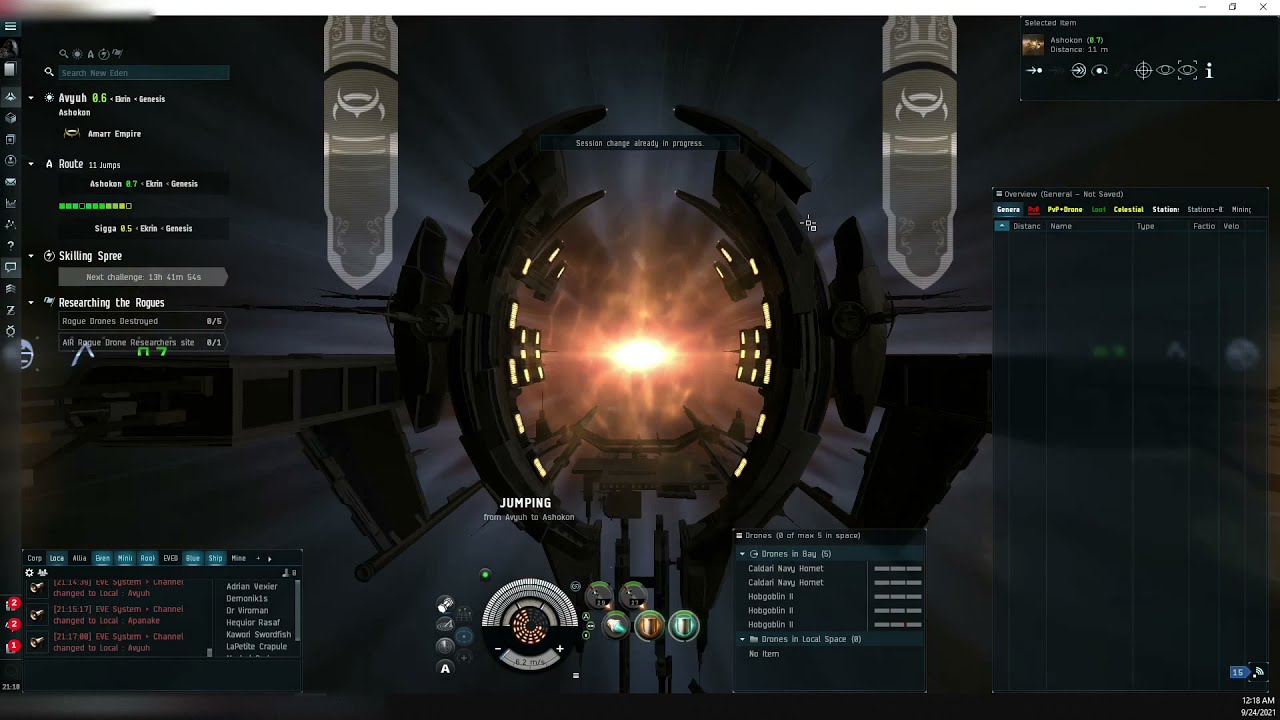 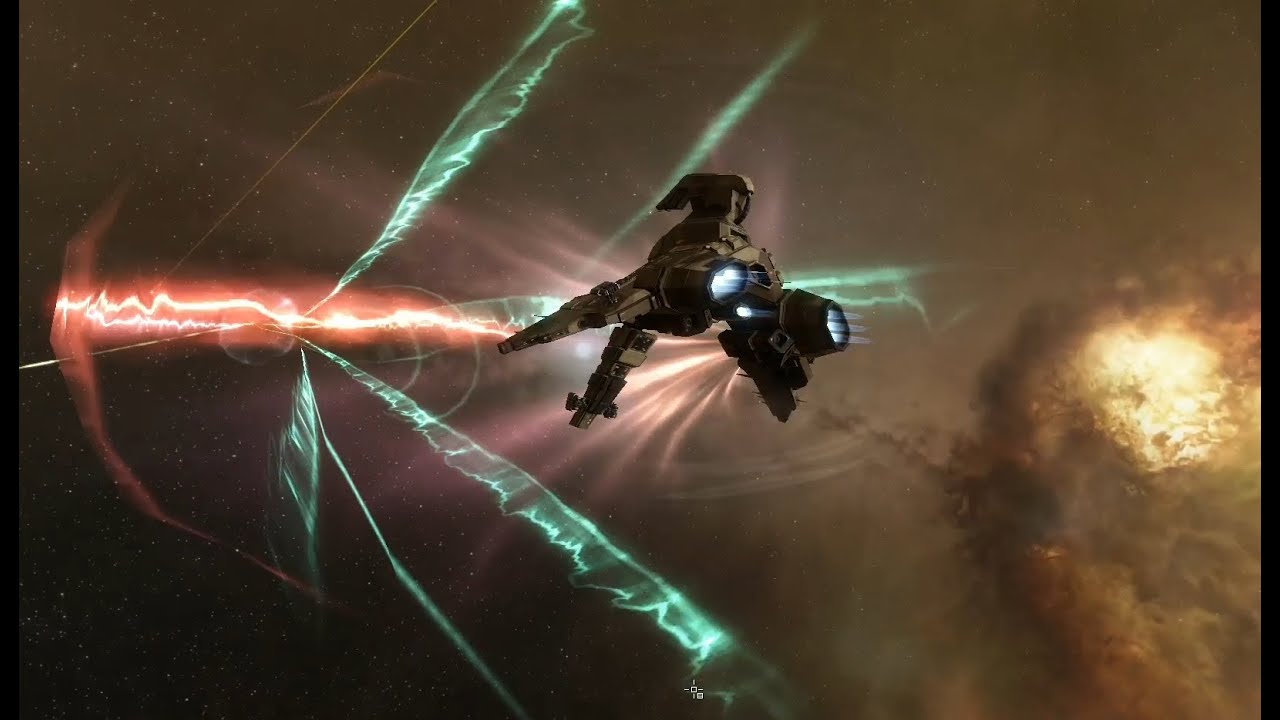 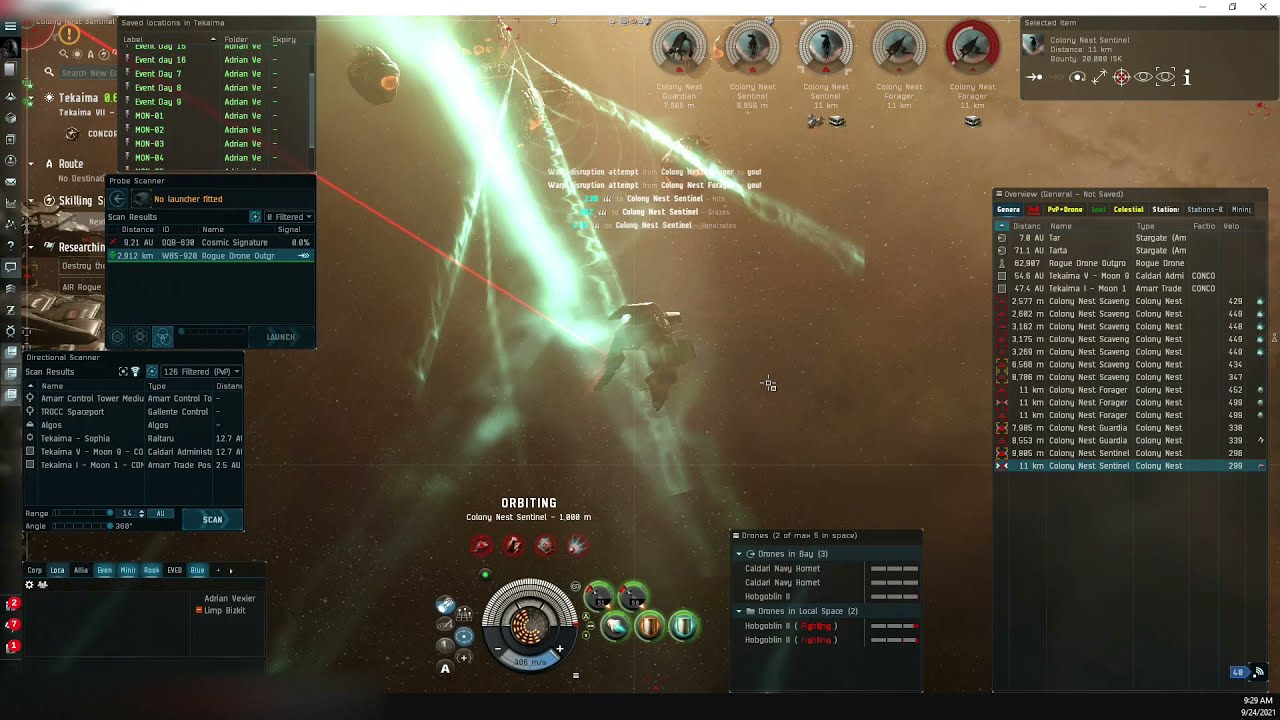 Do/ did you participate in the event?

No. I watched the entire series of From the Earth to the Moon + the extras.

All in all it took around 6 to 7 hours to finish, it was quite entertaining, so many great actors, and I enjoyed it a whole lot.
Next up is Barbarians and then Spartacus.
The game can wait.

The progress bugged and points dont add up anymore…

did you participate in the event?

No, its more of the same thing every time. And every time the tweak it so more folk lose slightly more stuff so they can be spammed with ever more ludicrous “lose your ship? Buy some PLEX!” adverts.

I do have a question for the OP though.

In events like these, how do you know what ship to take in the first time if no one else has done a write up? Do you use an alt in case it gets destroyed?

I’m obviously not the op, but, Worm is a fairly obvious choice for this one. It was suggested several days ago on this site too: Rogue Drone Event Combat Sites: Algos & Worm – the greybill

I think after you have run a few of these events it gets easier to see what will work with only a few quick runs through the site. Also not everyone is so fussed about losing a ship or 2, ships are ammo.

pretty good so far, did a couple of sites, might do more in the Worm.

Yeah but how did anyone know Worm before anyone ran it?

The ship limitations are an indication and from that you pick the most obvious OP option, especially if it syncs well with your ship preferences.

So just like how the answer to many PVE questions is “use Gila”, the same applies here: use Worm. That and the OP prefers Guristas ships anyway.

Here’s my thought process:
It’s PvE against drones. So lots of things that are easy to kill.
Frigate faster than destroyer so faction frigate > t1 destroyer > t1 frigate.
What’s a common faction frigate for PvE
Worm
I first tried an active fit I found on the abyss website, but there was lots of neuts and I saw people are using buffer fits so I shifted to that.

You’ll notice that my line of thinking missed the Kiki, which seems popular, but it’s OK as the worm out dps’s the Kiki on the boss. So I haven’t lost a contest since I changed my fit.

The thing that Id have not picked up on would have been “common”.

Id have assumed it would be weighted against the most common ship used.

the most obvious OP option

Ok but to me thats circular reasoning.

I guess if you do PvE a lot you know which one that is though.

Why would it be something not commonly used? Shooting rats is nothing new in EVE most things about PvE were solved years ago. It is simply a question of which solution works for this situation and as the sites involve ewar, and multiple weak npcs the abyss seemed like a good match.

I would expect something commonly used to be expected by CCP and therefore the scenario weighted against it to cause maximum destruction of player assets.

If you’re trying to become EVE famous, YouTube and Twitch is the place my dude.

Quick question: does killing those event drones grant + standing to Triglavian Collective/EDENCOM, like drones in Pochven?

Edit: Unfortunately, no standing +/- from killing those drones. At least that could be a decent reward, to get some small positive standing tick to EDENCOM/Triglavians from clearing combat event zones, where you have to spend several minutes and survive not that small dmg and variety of e-war from mad drones. But I guess that would be too generous from CCP…

I hated this event! Frigate focused. What a load of cr@p!

so much dedication and skill in the rogue event but why no video of the Dr. Who event?

is the next event a frigate one again like this one?