what are evermarks ? has the downward spiral started ?

there be dragon wings for stratios ? , make your char. look like a jovian zombie for 1 million evermarks ?

while i dont really mind customization , i’d hate to see this become a huge monitzation ploy.

wat…
I’m a bit slow can you draw for me?

I see what your saying, but I counter with:

a) You earn them through in game effort 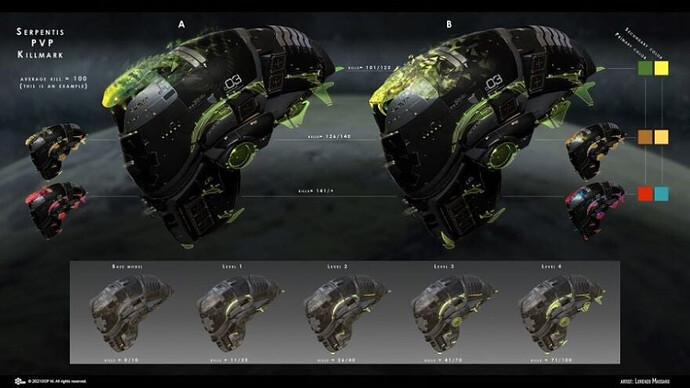 When are we getting this, look good

I really don’t see the benefit of turning over several ships (One being a $60,000,000 ISK Covetor) for a few “Evermarks” just so that I can have some fancy markings on my ships. NO THANKS. I did 3 of the missions. 2 required a Heron each and 1 required an Incursus which I didn’t mind, but when the ships start getting in to the multi-millions, it’s not worth it in my book. I stopped the minute I saw that they wanted a Covetor.

When I first heard about the Evermarks, I thought to myself :
‘It would be cool to get a Corp Logo for my ship’…

So I decided to get one for my Rifter… 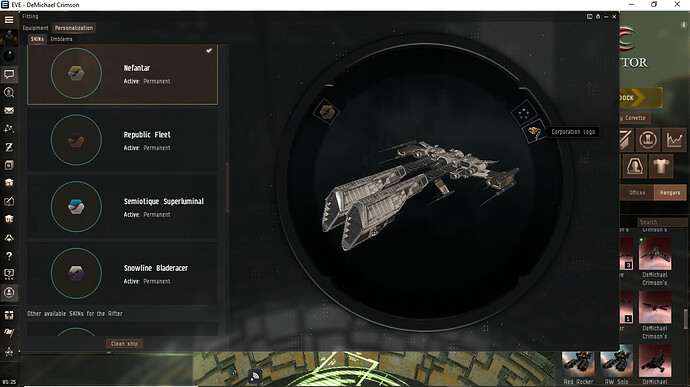 1366×768 191 KB
I figured it would be showing on the side of the front fuselage section next to the ‘Nefantar’ ship skin emblem. No such luck… 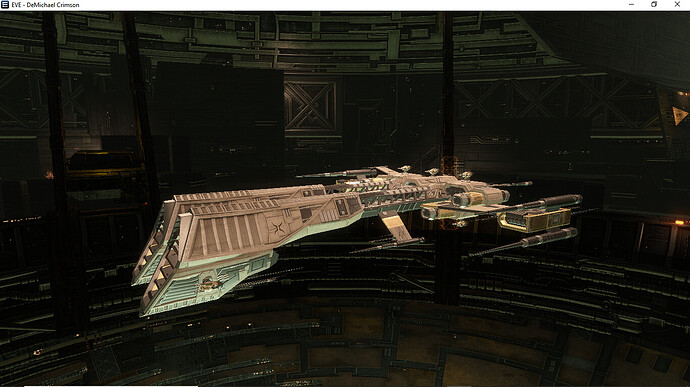 1366×768 287 KB
After searching for a while, I finally found it. Much to my dismay it was located on the top back section of the center fuselage… 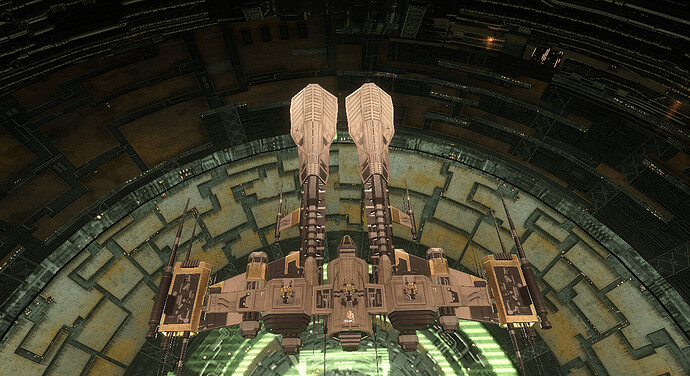 1366×745 420 KB
Not a very good spot at all to proudly display your Corp Logo. I don’t know about the placement on other ships but I rarely ever view my Rifter from the top looking down on it. Plus it definitely won’t be seen while ship spinning in station either…

Disappointing to say the least…

Note:
Also some time ago CCP updated the Station Docking Bay lighting to ‘supposedly’ prominently display ships and skins. Obviously they didn’t get it right… as usual…

The issue with the current Station Docking Bay lighting is that it greatly detracts from the actual look and color of ship skins, incorrectly portraying them in a totally different color scheme compared to their original look.

Ironically the Station Docking Bay is the main place in Eve where you can actually view the ships and skins in detail.

Disappointing to say the least…

I think it’s going to depend on your ship sorry to say, I’ve seen some that look good, we need a way to look before we buy like skins

I just want the Rifter Corp one as I mostly fly around from place to place using that.

while i dont really mind customization , i’d hate to see this become a huge monitzation ploy

They’re already are and always have been.

potato mode no sound as God intended to be …

For the love of God put a shirt on, I don’t like your new pic.

For the love of God put a shirt on, I don’t like your new pic.

Frostpacker is currently going through a crisis right now. Shirt is off for a reason, there is a backstory behind this.

I typed that the exact time [tutucox Khamsi] typed, we are on topic

You don’t see me undressed, I might start a petition think of the children🤭

Don’t you feel encouraged to rip off your shirt while getting dirty searching through all of your old warehouse stock for dusty unused ships to sell for new shinny tokens known as Evermarks?

Had you ever shown up to stocktake in a suit? Or are you like me who does that hands on count?

I think it’s going to depend on your ship sorry to say, I’ve seen some that look good, we need a way to look before we buy

God Forbid that, well, you know - some of us progressed to T2 ships…

I’m not so certain I’d trust a Shiteron V for anything other than a Plex or 500 (Yeah, that was intended sarcasm) BTW

Pretty sure I heard that these EM’s will eventually apply to structures and other stuff too so do we just hang on to them and wait and see cause, like others here, there’s really only a couple of T1 ships I fly regularly…

The way I am viewing this change and mission agent, it rewards the Miner rather than Ganker, / non Ganker

I strongly appose this NPC and I am a Miner and frown upon this sort of gameplay greed. It will not end well.