Its been a while since i played and i was tickling the idea of coming back, what changes has the devs done to high sec mining? I believe the last time i played was 2014ish?

what changes has the devs done to high sec mining?

Hulk is now more like 70k EHP (with boost). Compared to the previous 20k (IIRC).

There was already one total reduction of m3 of high sec mining materals.

m³/s is irrelevant. It’s the part of mats that comes from HS which is relevant. Which was driven down by T1BS/faction/pirat BPC changes - all while tritanium is now mostly HS sourced.

And has kernite and omber been removed from high sec entirely?

Thank you for your time and info. Fly safe

I forgot : you need an orca now in HS for the boost. It gives likes +80% yield and tank.

here is the now basic HS hulk, once boosted 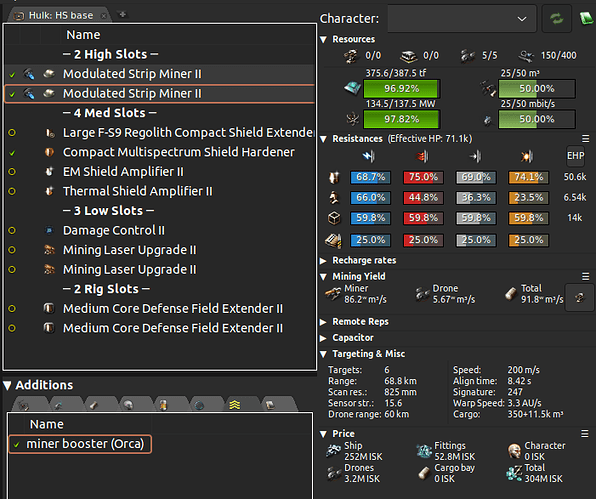 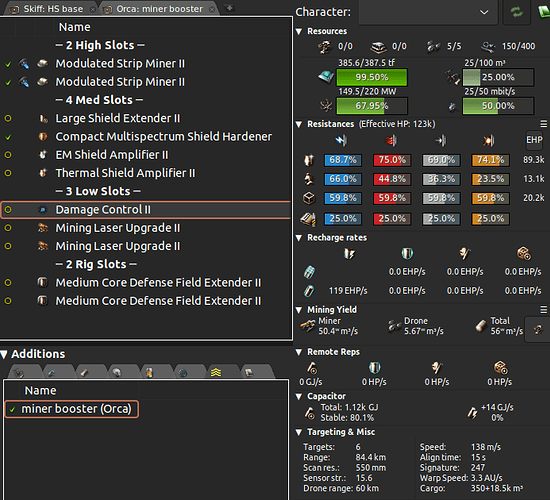 Is that pyfa? If so, how did you get it to be in dark mode?