I started exploring but I am quite confused about some things, please help:

plz help me thanks a lot.

Here are some extra sources that may be useful to you:

the number inside each node, does that mean the distance from a “good” node, or any non-empty node?

It’s the distance to a “good” node, which includes the system core (the thing you want to destroy), utility subsystems (the stuff that you can apply to help your hack succeed), and data caches (which can contain utility subsystems or defensive subsystems)

how come sometimes the number in nodes say 4 or 5 but defensive subsystems immediately show up in the next node?

The number doesn’t refer to the distance to defensive subsystems; those can show up anywhere.

why are some nodes shown as a white bubble when I clicked it for the first time? but when I click again it appears to be random defensive subsystems?

Those would be the data caches, which can contain either utility or defensive subsystems. As Gerald said, you should ignore those and only use them as a last resort.

I spent like 1 hours grinding exploration but didnt find a single good data/relic cache, then I found a level 4 concord data site thats super hard and failed 3/4 of the cans. what systems are best for exploring?

Highsec is good when you’re trying to learn how scanning works - the money is crap, but there’s little risk. Think of it as a training ground. J-space (Wormholes) and nullsec are both good, but you have to make sure to only go into C1-C3 wormholes. Also, be aware that the only undefended hacking sites are the ones with pirate factions in their names (Serpentis, Blood Raiders, Guristas, Sansha, Angels) - there are also exploration sites in wormhole space that are defended by sleepers. Lowsec is good when you’re hunting event sites, but as you found out, those are pretty hard. They’re good money though, so they’re always worth a try.

okay got it, thanks a lot guys! I will try to get more stuff

btw are guristas space good for exploring? I heard venal is guristas space and their faction modules worth a lot. also I heard essence and sinq liason have more sites spawning, not sure if true. what about weird jove empire space? r those good?

Guristas relic sites are pretty good too! Slightly behind Sansha, but they have good value in their cans.

Here’s a nice comparison, few years old but I think it hasn’t changed much: 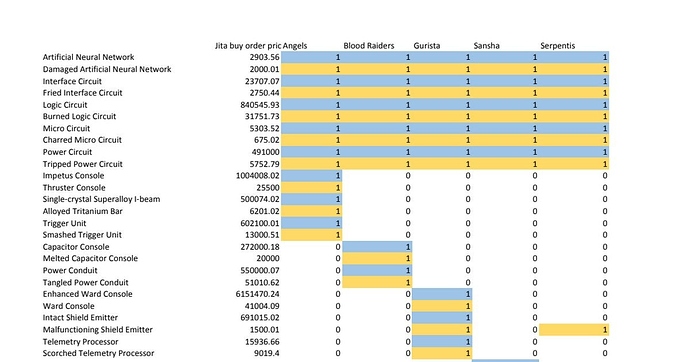