How to explain EVE Online to a 'prospective player'

I hope I am not the only one but I find it hard to explain the vastness of experiences from EVE Online.

I usually said “You’ll have almost exactly the same experience as the crew in the movie ‘Das Boot’.”

But after playing EVE Online for over 10 years (with a few breaks), I came up with a more personalized answer that the experience is more like what the crew of the “Lewis and Clark” (and the event horizon crew for some) from the movie Event Horizon get through:

The answer is out there and differs for every player and it will find you if you want it to. One way or another potential players get interested about “a game in space that is unlike any other, a sandbox about spaceships driven by a small, violent but interesting community”. And when people go assess if it is a good way to enjoy their free time they come back with stories that are absolutely terrifying.

This game has gone from exploring the boundaries of a brave new universe to a universe of unimaginable darkness and chaos and pain. When new players start to play, it slowly unravels their deepest and darkest fears, eventually culminating in pretty brutal wreckings and poddings. At a certain moment -as you can imagine- their sentiment changes from “Let’s investigate this vast universe!” to “Bleepedy Blank Bleep this toxic cesspool of pure evil!”. At that point they feel like it’s just a matter of logging out and never coming back. Good luck with that. Because you can’t leave, she won’t let you.

There is a difference between enjoying this game and appreciating it. There are moments in the game you just feel in your gut, when you try and get to a goal yet somehow you loose things and go on the forums to be salt-harvested by professional trolls. I mean, there is even stuff in the New-player chatroom that doesn’t leave you. I know people that entered the game thinking it was just a sci-fi game and they left mentally scarred for life. They still do an eye roll whenever I bring up the topic of EVE online. Greed is what draws people deeper and deeper into the rotting underbelly of the game. Resist or go down the drain to the bottom. Either way, you can end up in a better position. Plan for the long term. The bottom is a solid foundation to build upon and grow back in strength. Even if you can resist, always try to get as much information as possible, the more you know the better prepared you are for the future. Because it is coming for you and you can’t stop it. When I reflect on being ganked by pirates, that kind of sleeping monster that is out there, but never seems to show up until those devastating brutal encounters, where it dawned on me that’s really the sort of monster we need but not want. Something to stay vigilant of, to counter in any way we can. It puts our frozen corpses on the exact percentage of risk versus reward. It happens on any great endeavor you will be undertaking. It’s ever-changing chaos, testing the fortitude of you and/or your corporation.

Time and effort has iconized EVE Online as a strange form of entertainment. It sucks you right in. Social interaction is everything and nothing. The monsters out there in space will find your weakness and beat you with experience. Whether it’s a bad fitting, clumsy auto-piloting a valuable cargo or anything else you took for granted as a game mechanic ‘working out good for you’. For some it reflects the dark inside them. If you succumb under the weight of frustration you might quit, but know that the only way to continue is to learn and adapt. You might even get help from those who wrecked your dreams. You can confess this frustration in the game chat or on the forums but beware. You know and I know this wall of text doesn’t matter. I know that when I post it on the forums, something is telling my brain that it is juicy and delicious. And after ten years, you know what I realize? [While posting this on the forum] Ignorance is bliss. Do not be blinded by the overwhelming power of a setback. EVE will kiss as it bites. However it almost feels like it’s inviting you to go further into the dark crevices of the abyss.

You fight the npcs, you fight the other players but in the end you’ll really be fighting yourself all the time. What makes up the game is a vast collection of intertwined mechanics setting everything in opposition to another. It all points towards the fundamental chaos inside of all of us. It shows how broken we are as social creatures, one day it will end and the fear that we aren’t going to make it is real. That’s where alts come in. Most of us have been living two lives. One life, you’re “Mining McHaulface”, industrialist for a respectable corporation. You have a rorqual, pay your refining taxes, and you… help your newbro carry their stuff to whatever place they see fit to drop their garbage. The other life is lived in deceit, where you go by the ganker alias “Poddy McWreckface” and are guilty of virtually every crime the Empire spaces have a law for. Both of these lives have a purpose and bring what is called ‘content’ to you and the players around you.

This game scares the hell out of me. I want to unravel why it disturbs me, how it gets under my skin. But I have came to the understanding that the experience is to vast to explain. EVE Online does not have a great interface or impressive interactive features. Yet… it succeeds in being an extremely compelling game. Science versus emotions. Fighting your drive for greed or just letting go. Pirate jump scares. To see a universe built by different and opposite ideas come to life is amazing. The vastness of the unknown staring back into the newbro. I can be anywhere in this hellhole, it can be my fight or I can try and hide. Vague nebulous stories about things that are definately ‘out there’ on every social media you might find like Youtube, Twitter, Facebook, Reddit and also the eve online forums no one really uses. And I didn’t even talk about the tricksters in Jita which get noobs every time, although some scams are about billions no newbro can ever have.

Someone asked me “So what are you trying to tell me? That I can avoid CODE pirates?” on which I replied “No, I’m trying to tell you that when you’re ready, you won’t have to.”. Don’t be afraid to experiment, ignore those bittervets that have mined in their battleships and want to prevent you sufferings, learn it the hard way it will test your strength and perseverance. Another friend asked me about a fitting, then looked on the Internet for a comparison and came back with “Nobody has ever done this before.” so I replied “And that’s exactly why it’s going to work. Or not.”. This is not a cookie cutter game, it’s sandbox, but yes, make use of the vast amount of information available on the Internet bu do not fear to learn why it’s that way. Recently someone asked me “How did the npc beltrats beat me? I had a good PVE build.” I asked him if they had a diamond symbol in their name, he replied “Well, yes…” I told him they are possibly stronger but I’ll come over and see. So I went there and started to pop them one at a time. He asked me “How did you do that so fast? I have 20 million more SP than you!” I replied “Do you believe that my being stronger or faster has anything to do with my total amount of skill points? Do you think that is an adequate ship with the correct fittings related to your skills? Well, I don’t know, find out, try, survive.”. This game is slow and you build up and learn step by step. Not every ship, fitting or skill set is right for whatever situation you are thrown into, but you can learn, adapt and overcome.

EVE is a perfectly fine game, just ignore the other players and do your own thing to find your fun.

A picture is worth a thousand words… 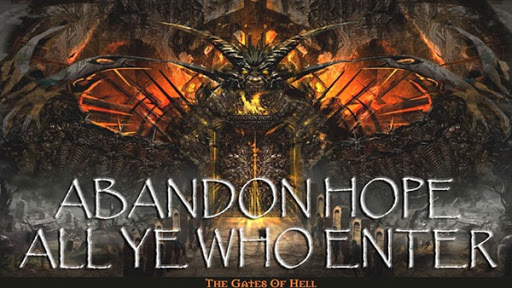 That pretty much sums it up

Eve… is hell itself indeed

If I remember correctly did most of the characters in “Das Boot” die after they had docked.

Prospective player should also read this:

Hi new player (or prospective new player) Are you tyring EVE? Considering to give it a try? Well, let me introduce myself. My main character (the oldest and more developed one) is Ishtanchuk Fazmarai. She was active between 2008 and 2016, along with a series of “alts” or seperate accounts. By all accounts, I am a bittervet, and I am here to tell you some things you should consider to not play EVE Online. They’re in no particular order. Stalled development. EVE is a massive game and will keep…