How to identify "them"

Recently I saw the movie “They live” and immediately bought sunglasses. I tested them and found out that we aren’t manipulated like the movie said. However, when I told my experience to a friend, he told me it’s the yellow glass ones. So I went out and bought some yellow tinted glasses… and when I came back… lo and behold! Our enemies are all around us, they took control of our fellow capsuleers! 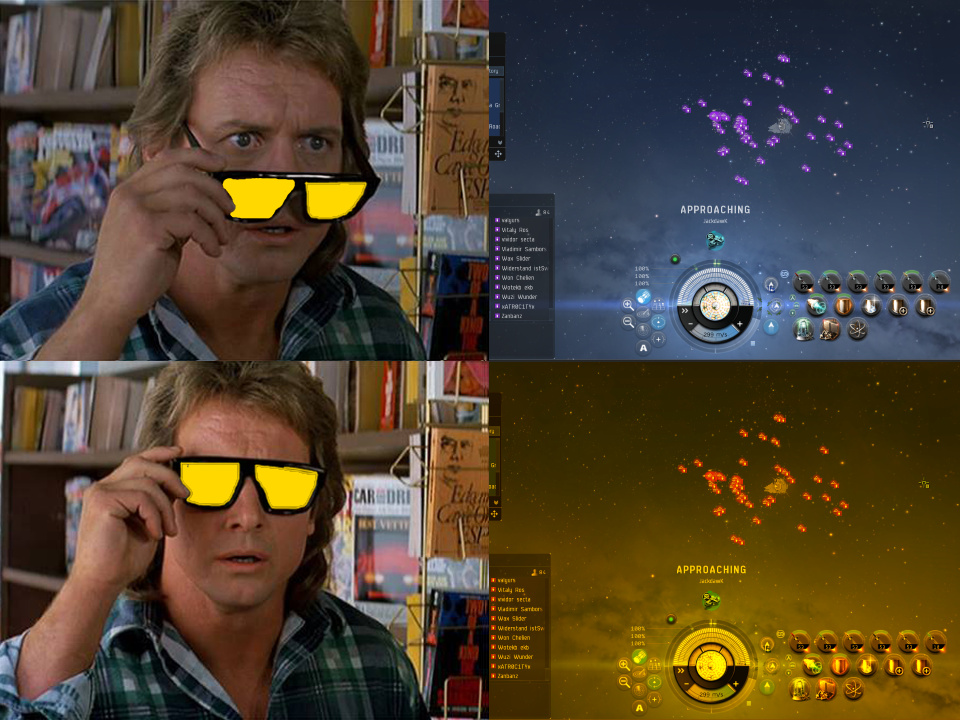 And you will probably say “Hey, don’t worry, it’s just a meme!”. Well, then here is real proof : 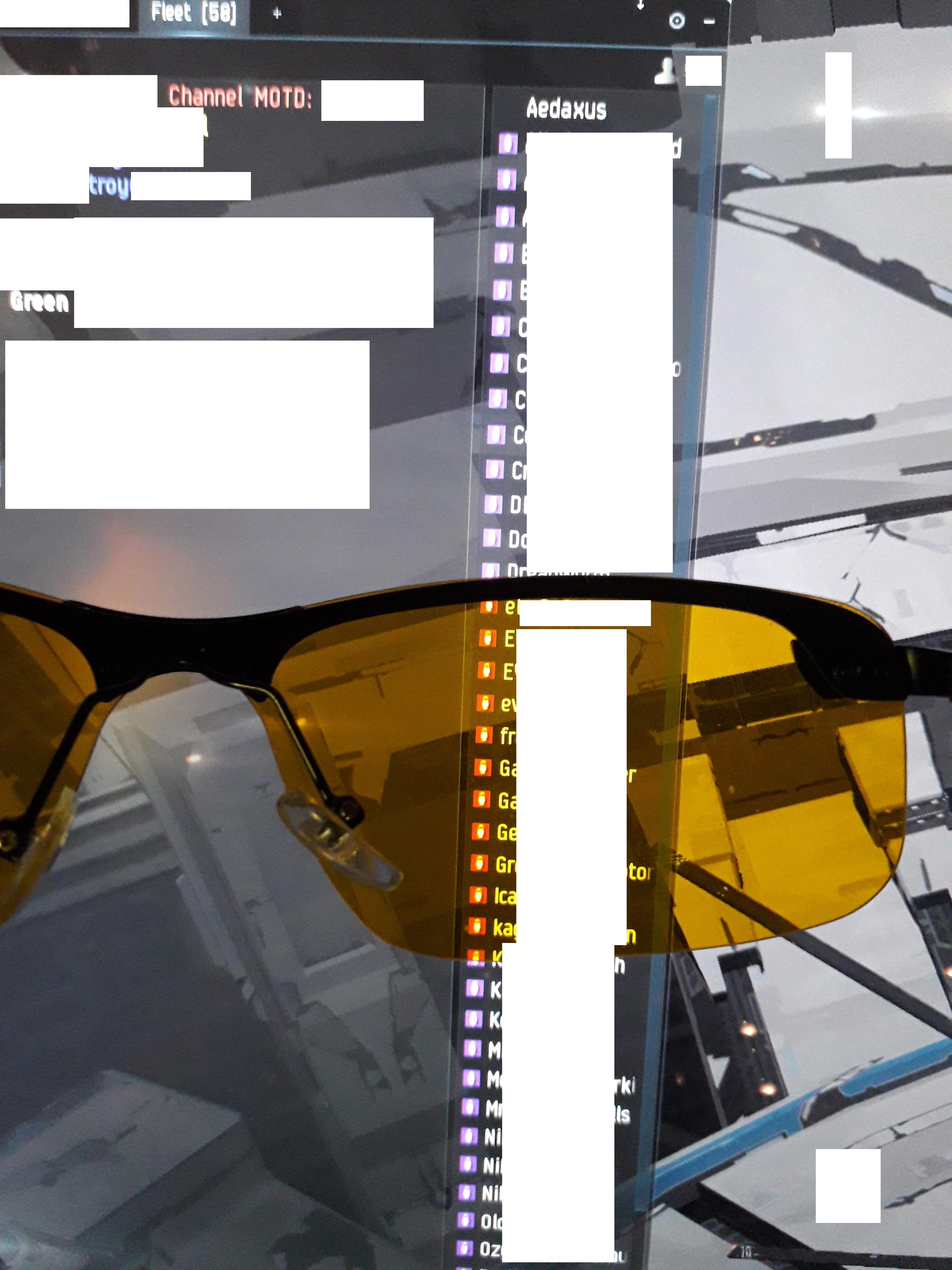 Don’t let them find out you can identify them!

OP… I think it is time for you to log off from EVE, put on some Enya, and go to your “happy place.”

Trust me… everything will be better (ish) in the morning.

Ok, reading this through my yellow tinted glasses, I understood that I should get one more yearly subscription? Done!

best pop culture reference i have seen in some time !!

DO NOT QUESTION AUTHORITY

Enya is good with EVE also,

(But its actually Enigma)

(It’s a good scene regardless)

Amber glasses tells pilots to shoot the fleet members first =) I like that picture.

Tied with the gunfight from Hard Boiled, IMO.

Enya is great while you’re waiting for the plane to take off.
For Eve I prefer Two Steps from Hell.

Initially the whole fighting scene was meant to last less than a minute, but the actors had so much fun with it that they just kept the camera rolling. A glimpse of the sillyness of what was going on behind the scenes can be seen when that one guy breaks the bottle (which are usually made out of sugar) and Piper can’t suppress his laughter.

Video is marked to start at 4m22s.

This is also why I fly EVE, wonderful what more to say…!