I love the new graphics in Upwell structures

No idea where to put this, but I just want to say how impressed I am with the new player owned station graphics. It is far more immersive and all around prettier than before.

I saw a preview of it, graphics are definitely impressive…

They are pretty impressive, but still wish they were a little less time consuming… When I undock, I want to get out and on my way quickly!

love them too, time to undock stayed the same so you probably mean to say you prefer insta undocking

Insta-undocking is nice too, I was referring specifically to what the hangar looks like from the inside.

I guess I’ll hop on this instead of creating a new thread, because firstly, I absolutely agree - the hangars look amazing and are a lot more immersive than the old station hangars, and seeing all your various ships next to each other in their berths makes them feel more “real” than just seeing the icons in the hangar list. And most of all, CCP deserves huge props for pouring significant resources into something that is just “pretty” and has zero interactions with any actual game mechanics (unless viewing all your expensive ships and the expensive skins on them in this way makes people go out and buy more, I guess).

Obviously there will be players who don’t care about “useless” pretty things at all and would rather see the time invested elsewhere, which is certainly an equally valid standpoint - and it’s not like EVE doesn’t have gameplay systems that could do with some work. (*cough*PI*cough*)

However, there are a lot of “Why would you do it like that?” design decisions that needlessly keep them from serving their purpose even better.

I don’t mean this as complaining or “CCPlease”, and if there’s not another hour that goes into this, these are still so much greater than the old hangars, but obviously once you have something, even just something “pretty”, you’ll start finding things that don’t match your expectations or your idea of how it should be, so I thought I’d come here and make a wallpaper out of those things.

(My corpmates have also expressed disappointment about spinning being replaced by a narrow-range wobble for capital-sized ships, without even a spin counter so they can at least spin in spirit.)

Very well said and I agree 100% on all points… especially this one:

Compounding this is the weirdly random and spaced-out assignment of ships to berths - I have characters with no more than three ships, but they’re sitting on three different platforms with lots of free berths and huge empty spaces between them. You look at the hauler, and you can just about notice the frigates as tiny specks in the distance. If I only have three ships, they’re probably close to me and should be close together.

I mean I would prefer not to have to wait 2-3 minutes for the graphics to load, then kill the process and relog in order to be able to see what might be waiting outside the station to kill me, which HAS happened several times since the update. But my experience with CCP’s customer “tech support” is they will just blame my equipment setup and do nothing about it.

They do look good though. 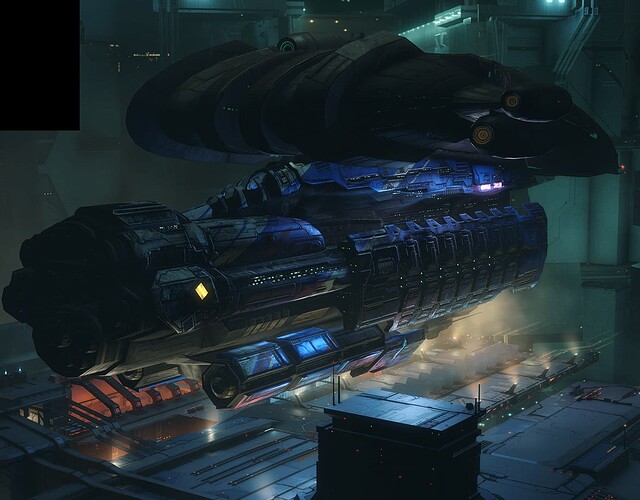 Is that two ships spawning on top of each other? LOL!

havent seen the bug beside my long playing hours myself, graphics are great and a reason for anyone to invest to a good gpu now they fallen a bit

I especially like the new docking and undocking animations of the ship backing into and pulling out of the parking spot.