I Was Definitely Amazed

Was in-game and noticed I had a Daily SP Task to kill 10 NPC’s for 25k SP’s… if I remember correctly.

Anyway, I decided to dust off my Minmatar Rupture Cruiser to complete the task. While cleaning my ship, I noticed I had a Volatile ‘Tronhadar Ink’ ship skin with 5 1/2 day timer on it (presumably gained from Log-in reward). The ship skin preview actually looked cool so I figured I might as well use it.

I must say that even after cleaning my ship, it still looked like it had a ton of dirt on it due to the Docking Bay light color in Minmatar stations… 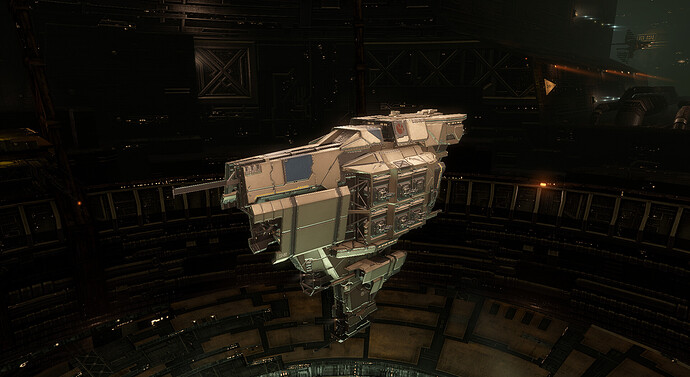 Sad and disappointed that I couldn’t view the ship skin as it was originally intended, I then checked the Agency, found an Angel Refuge Anomaly combat site located nearby, loaded up 5x Salvage Drone II in my cargohold (so I could get everything available) and proceeded to the site.

After completing the task, I still needed to dock up and exchange the T2 Combat Drones in my Drone Bay with the T2 Salvage Drones. Unfortunately there were no NPC stations in the system. Luckily however there was one lone Azbel Player Structure available to use so I docked there to change out my drones.

Now if I had the option to change the color of Docking Bay lights in NPC stations, I would most certainly set them to the same color hue that’s inside player structures. That ship skin looked just like the skin preview I viewed.

Just like the thread title, I was definitely amazed at how good that ‘Tronhadar Ink’ ship skin actually looked. 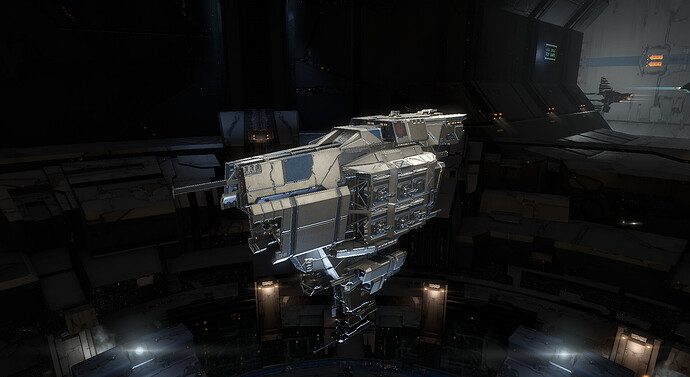 I must say that even after cleaning my ship, it still looked like it had a ton of dirt on it due to the Docking Bay light color in Minmatar stations… 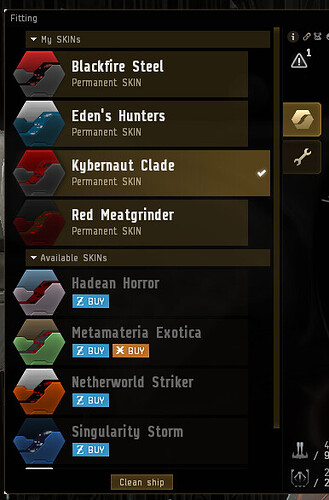 Open up the Ship Fitting window, on the left side of it is a skin icon, click that to open the window like the picture that @God_Emperor_Kane just posted.

Seems to make it a bit more polished. Thanks!

I love how each of the faction’s NPC stations is looking completely different with the different lighting and sounds. It gets a bit boring to always see my ships in the same hangar in the same lighting.

Yeah, it definitely makes a big difference on ships that have been sitting a long time.

Check out this thread for some examples…

[Screenshot (4)] [Screenshot (1)] Ok, all you filthy miners, explorers, PvErs and PvPers, upload your before and after shots of your dirtiest ship and let us see how long you’ve forgotten where the “clean ship” button is. Above is an example of my Buzzard after a few months of exploring.

Interloper… No true Minmatar would EVER clean their ship. You must be Ammarian or Caldari.

btw if you press clean ship and don’t see diference
press , chance skin , press , change skin again
sometimes i have to do this to work

purity of the throne (my favorite set) gets really dirty

Just like the thread title, I was definitely amazed at how good that ‘Tronhadar Ink’ ship skin actually looked.

In rust we trust.

Heh, you obviously overlooked this statement in the OP:

No please, I meant I like seeing more variety in colors in different stations defined by CCP.

Not a rainbow of settings so the station owner can make it deep purple to annoy all the people using it.

Obviously you’re reading more into this than what I’m actually writing.

I said option to change the color of Docking Bay lights in NPC stations, and it would be on the client side which wouldn’t affect anybody else, just like the current brightness slider control in Esc menu.

In fact CCP could add another slider control to allow players option to adjust the Hue in the stations from it’s current color to white. That would allow those who spend money for ship skins to actually view those skins as they were originally intended.

Give it up, bro. CODE is history. It died with James.

That Corp didn’t really have anything to do with that comment about cleaning ships and the length of time those ships last.

/One could add that the same comment could also refer to a low sec faction pvp player also.