Ironically the old thread got closed YESTERDAY, I was a day too late getting back from the ■■■■ lol.

But I enjoyed this so much, if anything brings me back to EVE, it’ll be this Astronomy Club

INTRODUCTION:
I hope this thread sparks a new type of player generated content and exploration for those so interested in something such as this.

Different from a group of players buying telescopes and talking about actual astronomy, ever since I saw THIS (Fig 1.1) 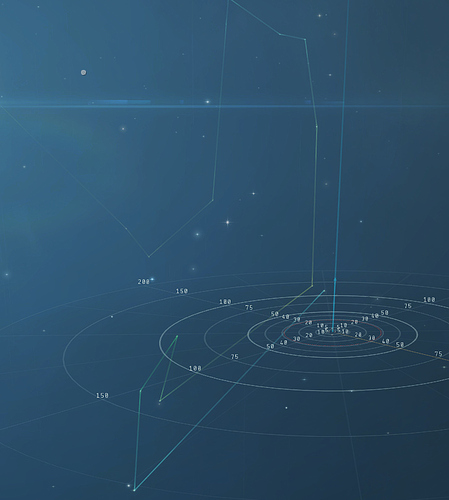 I’ve always wondered how accurate the star-fields are between the map and the actual skies of New Eden.

So I invite anyone interested in this aspect of “Astronomy” to participate.

ANALYSIS
The method I have chosen, and seems to be consistent with observations, is to fly to 0km to the star, and I test a north and south view (up 90deg and down 90deg).

I align the star so that the line to the star is pointing up for North, or pointing straight down for South. 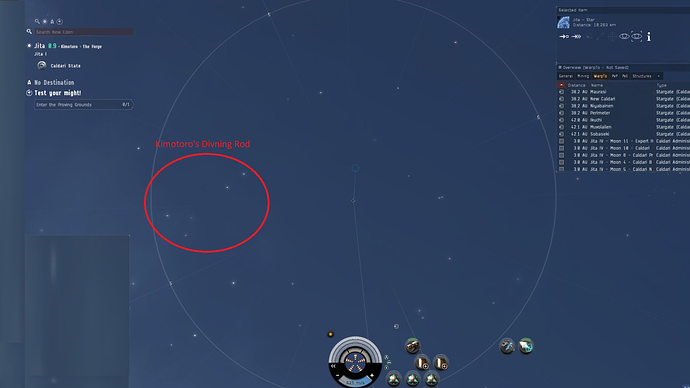 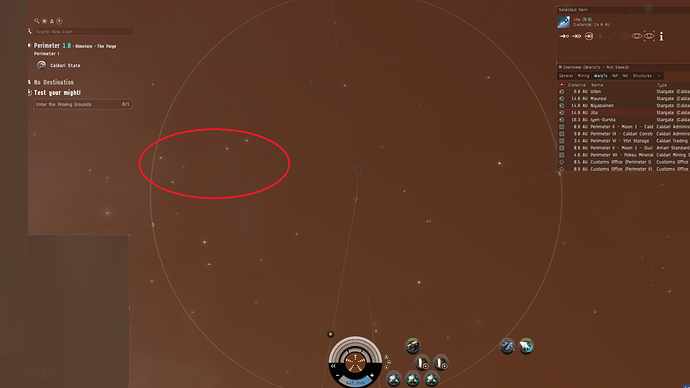 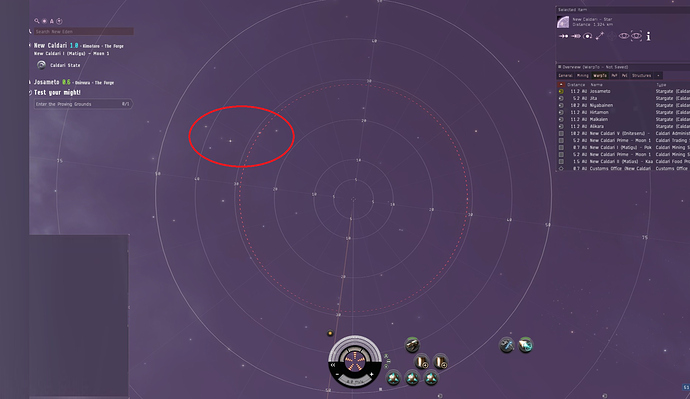 This is possibly the first actually to-be-named constellation in EVE! Sure star systems are grouped “into” constellations such as Kimotoro, but IS THAT Constellation or any map-named-constellations visible in the night-sky? Yet to be proven.

However, I named this northern constellation seen from Jita “Divining Rod” because it looks a little bit like such an object.

A mystery occurs though. Originally I assumed the entire sky would be similar from ALL locations, but it is certainly NOT true from another constellation, see Figure 1.5. 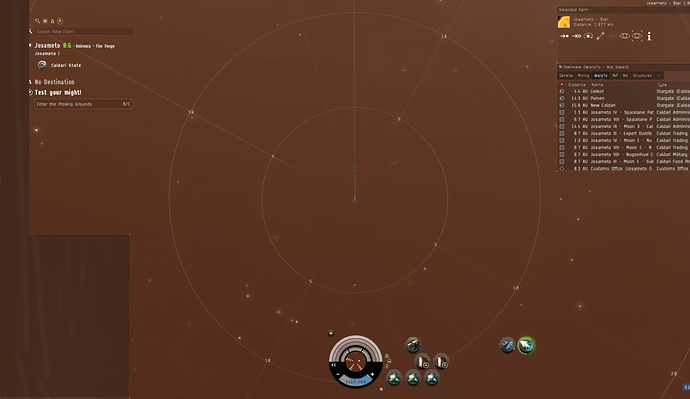 This observation proved that at least from star systems in different constellations the sky would be different. But the plot thickened. Figure 1.6 is a star system in the Kimotoro constellation. 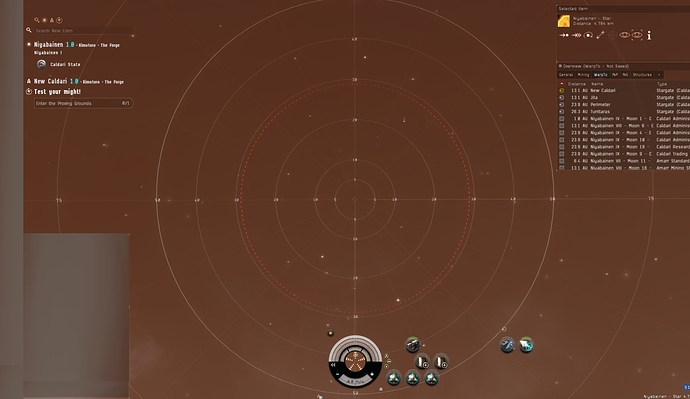 Unexpectedly, Niyabainen’s Northern Sky is different than New Caldari’s, Perimeter’s and Jita’s, even though Niyabainen is also part of the Kimotoro constellation group of star systems.

But, the intrigue doesn’t end with simply a different Northern Sky between Niyabainen and the others of Kimotoro. 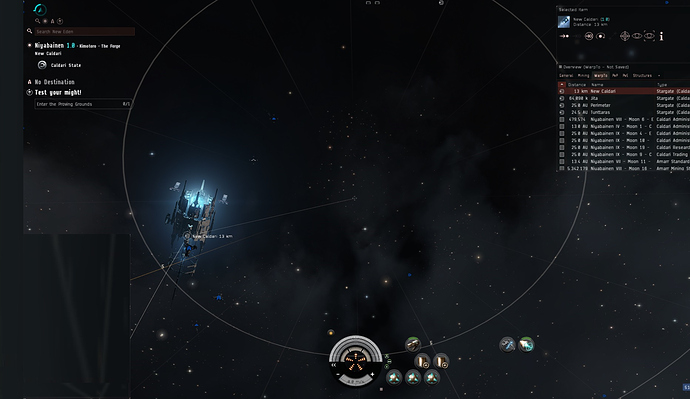 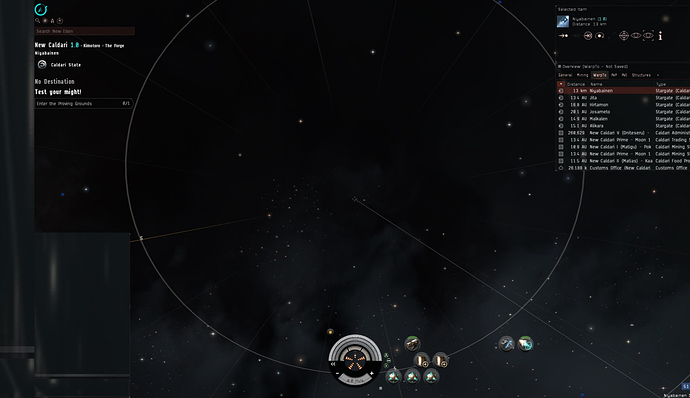 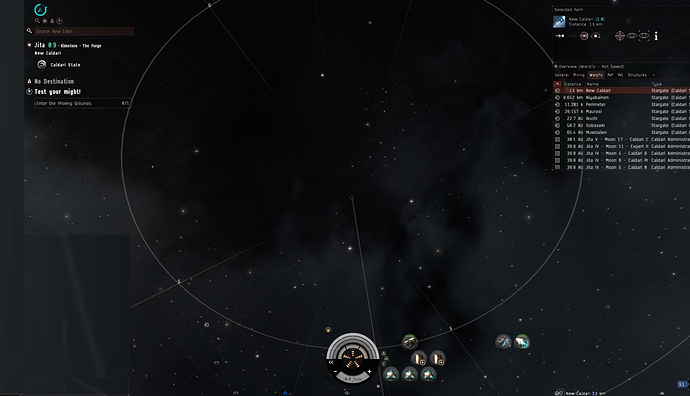 The inaugural questions for the Jita Astronomical Observatory then are these:

Some of the stars in the skybox are stars of nearby systems. And I expect those stars to change position based on your current system.

What I do not know is whether those stars change position based on your position within a system.

Not all stars can be visited, some are just part of the skybox (and could be assumed to be far outside New Eden). Similarly, nebulae are also part of the skyboxes and while their position may change between regions, their location is -I guess- likely not entirely accurate and merely an artistic impression.

You can see the changing position of stars when you set a route to those stars, when you jump gates to those stars or use a jump drive to jump directly in the direction of those stars.

The ‘route-constellation’ form and direction accurately matches the one you can see in the ingame map. Just make sure you don’t use the flattened map or you get skewed results!

It amazed me as newbie when I figured out that those strange constellations I saw are actually projections of our autopilot route on the skybox.

I wonder how this works.

When I open the New Eden map while in my jump-capable ship with a fixed jump range I can see a perfect spherical shape projected around my current position in that map. Any system within that sphere is within jump range and any system outside that sphere is outside jump range.

If distances are not accurately displayed on the map, this would not be possible.

I would say that the distances are accurately displayed on the map and that whatever method you used to come to that conclusion may be wrong.

What I do not know is whether those stars change position based on your position within a system.

This doesn’t appear to be the case, but Dantumi if I remember right is a rather large system (almost a binary system in the game?). Near Mara anyway there’s a system that seems close to another star…their orbits seem to overlap.

Regardless, Mara to Piekura is supposed to only by 0.8ly which is huge enough but as small as it is, theoretically a similar pairing with a large AU system could give you a good test of this.

If distances are not accurately displayed on the map, this would not be possible.

I would say that the distances are accurately displayed on the map and that whatever method you used to come to that conclusion may be wrong.

The concept here is that what we observe is correct and the map is therefore wrong. One has to be wrong and there’s no reason to believe the map has any fidelity to the world of “EVE” when what we observe doesn’t match it.

Most notably, how you view the Forge nebula as you travel around the Forge. The Forge Nebula, and the Badminton Nebula are both rather big or distant objects respectively.

If the distances on the map were true, then the changes of these objects in the skybox would make zero sense.

It’s not exactly meant to make sense, as you leave certain constellations or especially regions and sometimes straddling the same region, the skybox theme changes dramatically, as with the Jita-to-Galente space corridor.

So obviously this is more academic/fun than expected to be accurate/consistent.

The concept here is that what we observe is correct and the map is therefore wrong.

As the map has well defined distances that have practical uses and implications, and the skybox has much more artistic freedom, I’m inclined to sooner believe the map. Maybe there are black holes within new Eden distorting the percieved visible location of those nebulae?

I too have flown around looking at certain nebulae to see if the direction and angle I see them at make any sense. In a general sense they seem to do, which pleasantly seemed to surprise me, such as that when I see the Cloud Ring nebula from nearby regions, it actually is in the general direction of the Cloud Ring region.

‘General direction’, because the location of the nebulae themselves is not accurate. You’ve noticed it yourself: your view angle at the nebulae often changes dramatically upon taking a regional gate. And while you can see the cloud ring from outside and from the inside, I don’t think any of the stars at the border really show that you are at the border of the ring, do they?

What I’m more interested in is if the locations of stars of existing star systems are accurate in the sky across regions.

Maybe there are black holes within new Eden distorting the percieved visible location of those nebulae?

There’s at least one blackhole in New Eden near the dead-center of the map.

It is described as the center of all the stars that have jump gates so arguably that phenomenon is itself indication of the warped-space-time around the Black hole.

Incidentally, I think you can view the blackhole from CERTAIN wormhole spaces. 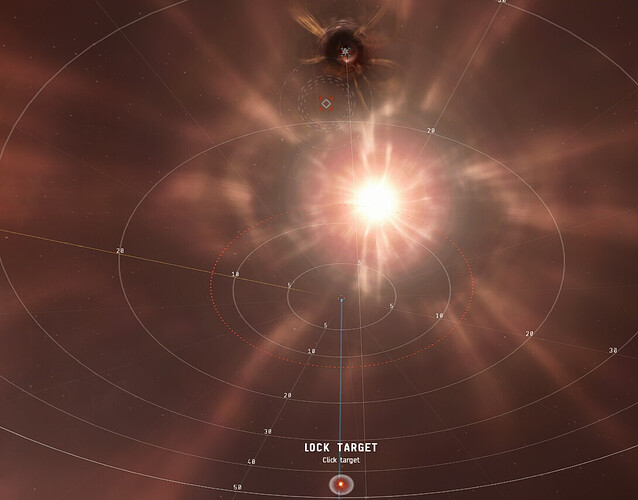 Given what we know about Black holes, there actually is an orientation that would allow for an apparent “star” to be visible, as there is an orientation where all sides of the light orbiting the event horizon do converge…

So while I highly doubt someone put that much thought into this skybox, it’s a probability given what we know about the Wormhole space. 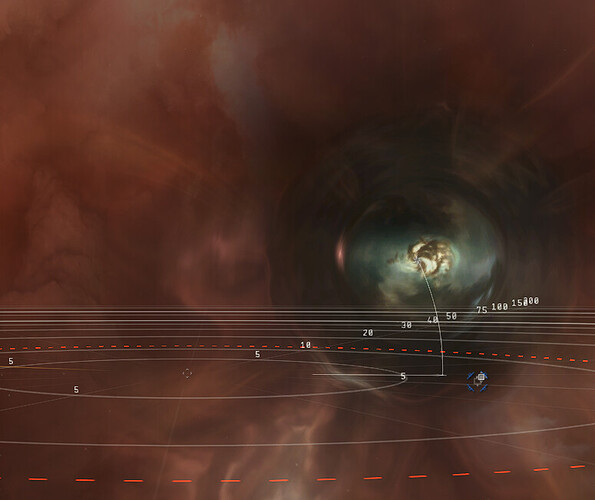