Is it CCP getting ready to attack Jita or is it left over from CCP trying to attack?

The Jump Portal Array is in the sun.

why should ccp be wanting to attack?

Because it is the major trade hub of all of New Eden. It would also be a HUGE isk sink. Every item in the station and on the market would have to be asset safetied. Also because CCP likes to screw with the players they have left.

That was installed to help Pilots who had already been given the ultimatum by the Queen Regent of Highsec to ie;"Pay rent, on time each month, or get out of Highsec."

It’s only clear that anchoring such device would be used to sneak in and out of Highsec without notice. 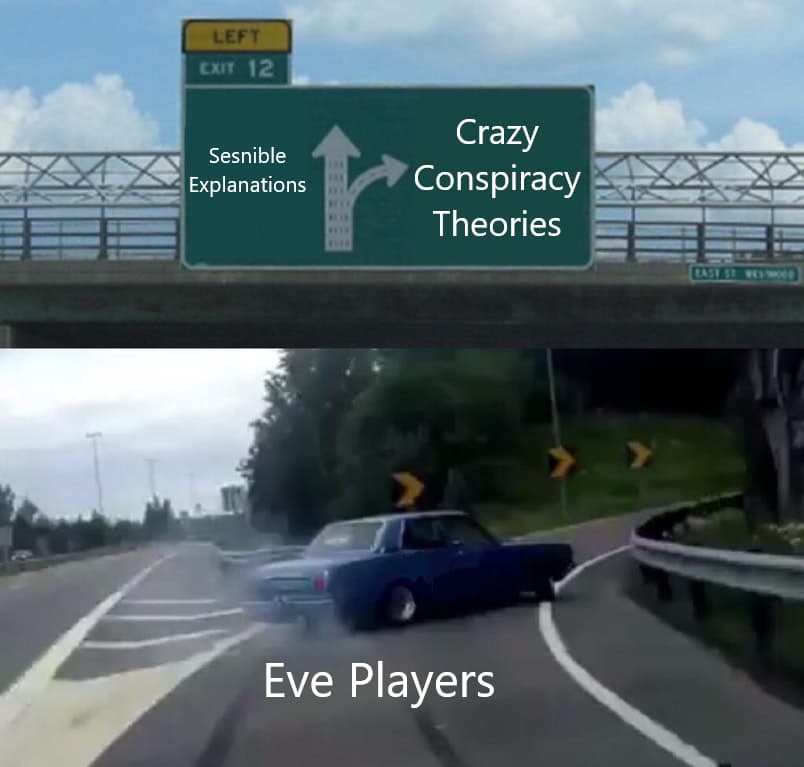 Either a little easter egg for the old days of sun bouncing, or something to do with the old code for transporting players to Jita upon request to ccp after extended hiatus.

Possibly there as a quick fix to get the aforementioned transported players out of the system center (the sun) now that you don’t just get *yeeted at 50 au/s in a random direction.

*as a 30 yr old boomer, I reserve the right to use whatever words later generations have made in as cringe a way as possible. As my father before, so now I.

When was the last time you warped to zero to a star?

If CCP attacks you will see polaris frigates blowing up everything in 1 shot.
There’s no need to start in Jita or use an existing mechanic. They might. But no need.
“Lorewise” they should jump out of Jovespace. The story would probably state which gates will be connected, along with an excuse.
1 way through probably tho

This array in Jita is a remnant from a bygone era, when it was possible to fly into the centre of the sun, create bookmarks there, deploy mobile depots / MTUs there, or simply… leave the ship there without a pilot. Because the suns did not have the invisible barrier that today deflects the stacks of players trying to get inside the star.

I remember two years ago there were some remnants of POS structures present in the middle of the sun in the Jita system, all unanchored. And the array in question. I know this because I was able to reach them at least 3 times by using combat probes and determining the position of a dozen mobile depots that were present in the middle of the sun. By whom? Probably by players who offered a tourist trip to the centre of the star, who were able to reach the very centre of the star by some mysterious methods, launch a depo and not be immediately shot out of the star at absurd speeds in the process.

I could be wrong, but many, many years ago these structures were used by players to transport and manufacure ships, equipment, etc. - we’re talking about a time when POS were bases of operations for corporations and alliances. And yet to have your own base in the middle of the sun in the Jita system was something not to be despised.