All my ships in the new Jita 4 4 hanger look caldari owing to the excessive blue highlights.

My minmatar ships want their rust back!

I want CQ back.

Think they will ever make a special Hek hangar?

Not if it isn’t lucrative .

Would be cool to have Amarr, Hek/Rens and Dodoxie follow with unique station interiors and exteriors, maybe tied to a player event.

Personally I think the progress and end-result regarding Jita 4-4 amazing.

I want CQ back.

I just realized that ganking ships catalyst, talos, thrasher, tornado belongs to minmantar and gallente that wreck havoc on thier enemy nation caldari. Jita is just trolling you.

I do hope so, and it should reflect being on the edge of civilised space.

All my ships in the new Jita 4 4 hanger look caldari owing to the excessive blue highlights.

Yeah, the color Hue issue is in all stations. Quite a while ago I posted the issue that the lights in all station Docking Bays changes the ship color and makes ship skins look completely different from what they actually are.

CCP should add an option for players to pre-set the color hue of the Docking Bay lights.

Sadly this. Hek/rens when I am on don’t push out out numbers even close to jita’s. Maybe other times do better, I’d not know.

Which can lead to off pricing that kills business.

While I get some are going for jita is so far away price hike some of those prices have me go nope, not paying it.

When I see the value in a high speed run of jita to say eystur saving 50 mil if not more…I can dual box the hauler in a BR lol. I just pay more attention on the .5’s like uedama and such is all.

To me it all depends on what’s convenient at the time. I don’t so much go for the cheapest if it’s going to take me 20 jumps, or even 10. Add to that the likelihood of getting ganked and the choice gets even clearer. With the time allotted to playing vs real-life obligations I don’t mind paying an extra 5 to 10mil. Even if I do have a clone there, the stuff still needs to be transported.
I’ve also noticed that Jita isn’t necessarily cheaper but simply has more choices.
If I can find it in Amarr or Matari space then I forget Jita. It’s not my first choice. I grumble when I have to purchase from Jita.

some people like to call me out for flying blood raider an sansha ships
the same people that say the customs now changed and fly degenerate galente and trash minmatar ships
i consider myself a man who follow amarr tradition but i fly lazor ships
if i can find a nice one at the emperor family station i don’t mind if it was taken away from a bloody pirate
plus the spiky ones are fast , vruuumm , vrummmm, guilty pleasure

From a business standpoint, it makes a lot of sense to have an amazing Jita 4-4. For years, there are thousands of players there every day and this amazing station/interior update directly effects all of those customers.

With this in mind, I think the next upgrade for station interiors would have to be Keepstars.

Amarr (or any other tradehub) they would have to upgrade the station and interior.

And Keepstars also have a lot of players docked in them all the time all over the game. They are the main hubs for all major groups. It would be nice to feel compelled to use the “View Inside” button once a while.

Also many who use Jita 4-4 also use TTT so updating the Keepstar interiors also makes sense in that regard. 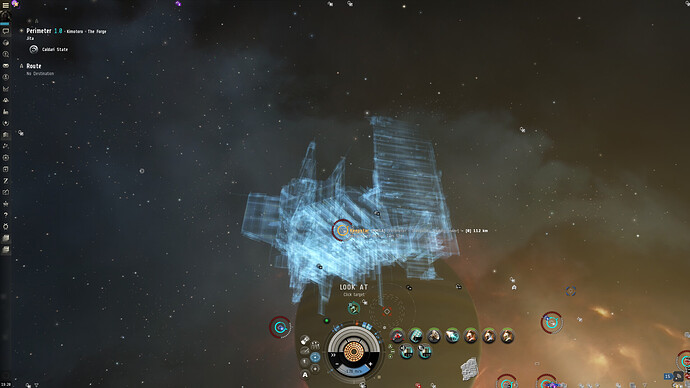