Lauched updates everytime I open it - but never really updates

Everytime I open the launcher it runs an update to a newer version. However the update never “sticks”. See screenshots - any idea why this happens? I am on Mac. The game works fine. 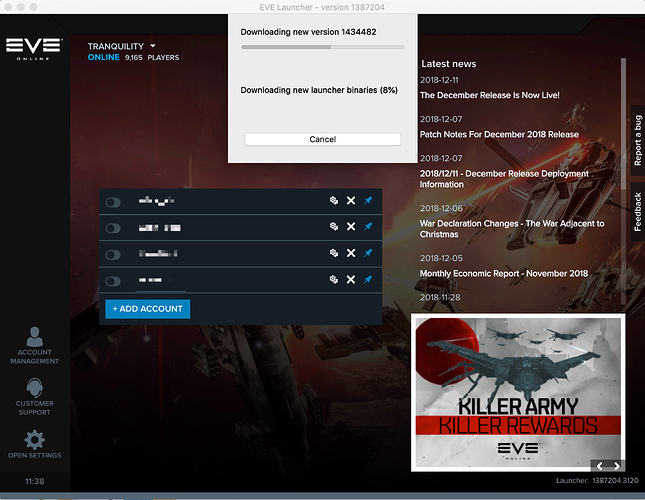 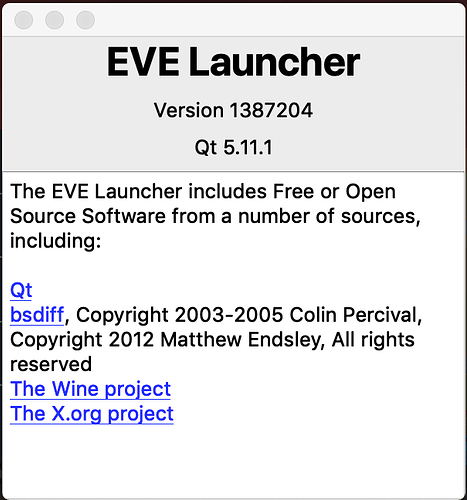 What happens for you AFTER the download reaches 100%?
For me on Windows it asks to press OK / Cancel whether to install the new binary. And after OK it installs and does a hidden recheck of the resource file cache. But bottom right corner shows the new
“Launcher: 1434482:3104” which makes me assume the update was successful

For me the dialog closes and I am still on the same version as I was before. Hence I believe the update was downloaded but not applied - if that makes sense. I can launch the game and play but I presume the updates to the launcher have a purpose.

I’m having the same issue with my launcher on the mac as well.

Had the same issue, for me the following approach worked -> https://forums.eveonline.com/t/launcher-issue-keeps-updating-the-same-version-over-and-over/122692/19?u=pituner