We are planning a mass test on Singularity, on Thursday, October 27th, at 17:00 UTC (= EVE time) to test the new corporation and alliance emblems.

What exactly is being tested?
The new Heraldry system, especially the impact of the new corp and alliance emblems on the client and server performance.

Beside this we are looking into the client performance and stability related to other changes (like ambient occlusion and AMD FSR).

How to connect to Singularity for this test:

After 17:00 - following the instructions by CCP in the MassTesting channel:

What else should I know?

Too bad it is only 1 day notice.
Have fun all

There are no new navy battlecruisers, those are destoyers.

Prophecy navy issue?
That wasnt there before… i meant that bruh

The emblems are now available for 0 LP in the LP store in Jita VI - Paragon Fulfilment Center. Feel free to get them now to prepare for the mass test.

Note: In certain situations, on the Singularity test server, corporation emblems will occasionally display a different logo instead of the actual corporation logo, e.g. when editing pre-existing logos or creating a new corporation.

This window is so bad. It shows way too few skin/emblem entries. Who comes up with such a horrendous waste of space and thinks this is a good idea?
The rotation of the logo makes no sense and goes against the fitting window style that shows the icons properly aligned horizontally to the upper/lower window edges and not the circle position. No, that the square icon clips over the borders of the slots can’t be an acceptable reason for this rotation because you have no issues with clipping square logos in the sov circle HUD either. 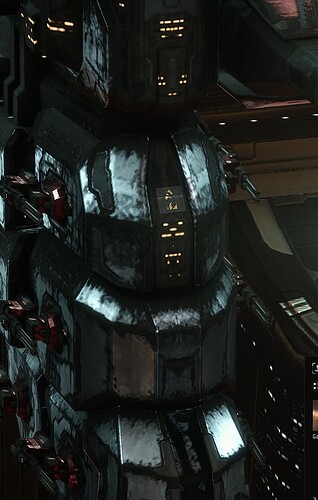 Also, can we please not use the old Cathode Ray Tube holo effect on the emblems? 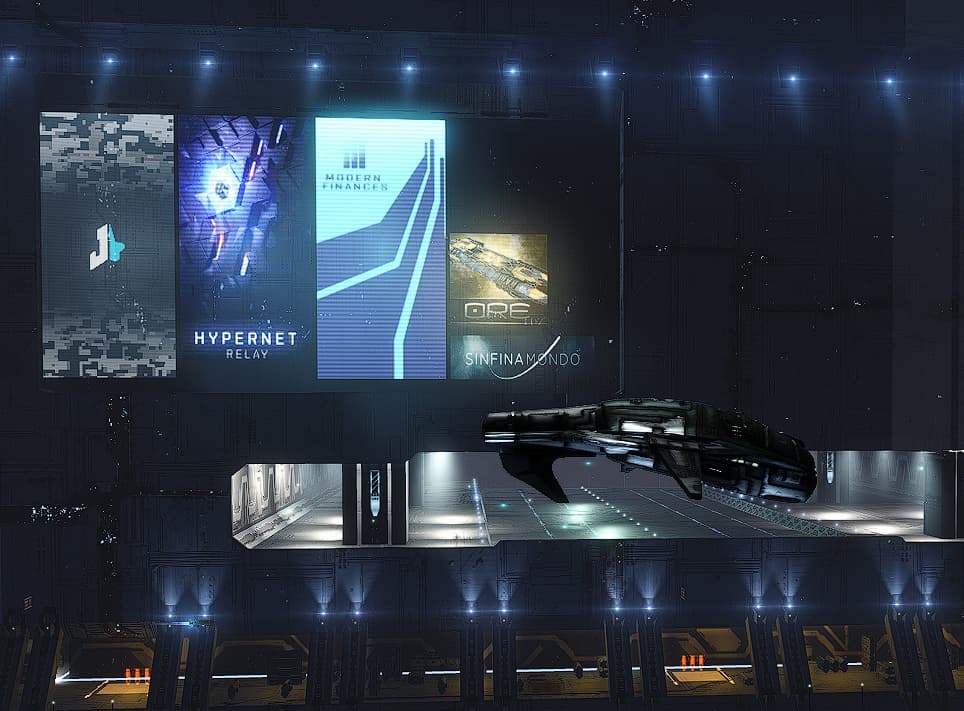 These Jita banners have no visible CRT refresh bar at all. Please use that or something else but please not this utterly ridiculous and ancient CRT effect.

I really hope that there will eventually (read on release) be different spots where we can let them show up. On the Oracle, I’d rather see the logos on the sides than the front. On the gallente shuttle I’d rather see it in the big wing holes and bigger rather than just over the hull.

Truly Appreciate the Test on this. Personally, Loved the look of the Emblems. Hoping to see this accessible as a means to create Corp/Alliance Specific “missions” by CEOs/Directors to earn the necessary LP.

Testing went well, noticed little FPS drops outside of everyone landing on gate together (kind of expected), Perhaps the corp emblems can be a bit bigger on all ships or better placed? Could barely see it on my Drake. Perhaps coding a “hardpoint” or 2 for each so you can customize location/size could be a nice feature might be harder to implement initially. Just making them a bit bigger would be lovely. Thank you for the Test today! looks good

I did not get 2m sp on singularity yet. I was part of the test though

How come the emblems are no longer free from the LP store? I couldnt make the mass test would have like to test them myself but there is no way of obtaining the LP from Paragon to get them.

Thank you for participating and all your feedback and bug reports! I added 2M skill point to 169 characters on Singularity.

The test was pretty much a success and we gathered very useful data. We identified for example one performance bottleneck for activating emblems, but this is luckily a very harmless one. For the fleet watchlist we also found a client side problem with large lists, which is being worked on.
We are still busy going through further data and a lot of bug reports, which will hopefully lead to further improvements.

@Tialano_Utrigas Yeah, the LP cost has been reset for the offers, as this 0 LP deal was only meant for the mass test itself. I’m asking around internally on what the future plans are