Yay, another whiner about “residue loss”. They multiplied ore amounts by 2, and divided it by less than 2…that is an increase, not a loss.

Yay, another whiner about “residue loss”.

I made a diagram showing just how awful it is: Waist? Seriously? - #11 by Io_Koval

I agree with you OP, halve the ore in all belts and reduce the mining yield of all modules by about 37.262%. And then remove waste. Sounds like your idea is guaranteed to be a winner with other miners.

Mining ships now mine more than they did pre-mining changes. I definitely mine more and faster than I did before. The residue is annoying but it is miniscule and really affects only those who demand they have the maximum out of everything, even though it is a relatively insignificant amount in the grand scheme of things.

As for OPs complaints about Niarja falling, that change was a good change. It broke up the original trade routes and has cause some interesting changes, along with the new gates that were added after.

The residue mechanic complies very well with ccp’s policy that effort is rewarded. Players only have to deal with residue when using T2 modules and faction modules (not all faction modules). T1 modules mine less ore per cycle with no residue, t2 modules mine larger amounts per cycle with residue. So t1 = more effort because the player is in space longer, t2 is less effort so you deal with redisue.

I dont use t2 modules when mining gas because the clouds are already low volume i do the same with moon ore because those are not found everywhere. I dont really care about the normal ores because those are everywhere so just go for the maximum mined per cycle for those. In the meantime everything that can be mined was increased to 200%.

I think the mechanic is great. 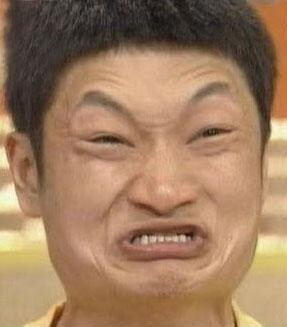 Dang it. Ya’ll are gonna make me train into T2 mining and then go around hoovering people’s rocks.

only 6 people post on these forums now , they all represent in this thread. Their ingenuity powers these forums. Their knowledge of what you need and want is unsurpassed.

You really need to listen to the genius types that express their thoughts in this thread. They are so brilliant.

… yes, everybody’s an alt but you, right?
Don’t bother with the story, Mr. Epeen has already briefed me on it.

To be clear, don’t listen to me either.

I have literally never created even 1 unit of waste since the dumb mechanic launched. It’s only an issue if you choose to engage with it.

My general rule is barges = t1 strip/harvesters, exhumers = faction. Some exceptions exist, like the Skiff being pretty trash and not worth using at all outside of highsec, and the Covetor being an ok platform to stick faction strips on if you’re still training for exhumers; purely due to their extremely low align time with nozzle joint rigs (~6 secs) and high-attention requiring click drag gameplay both making it highly unlikely to get caught and lose them compared to retrievers which have semi-afk gameplay ore hold+slowish align and procurers which have abysmal align.

Mining becomes more profitable, when it becomes more difficult. Only lazy incompetent miners are crying about the changes.

There are modules that do not create waste: EP Gaussian ( or whatever it’s called ) and Particle Bore. That’s what I mine with, in a venture like a regular miner. I don’t have to pay any mind to Waste… until CCP reads this post and decide to make a few more changes, lol.

I hope Concord starts imposing fines for miners for polluting space with residue and the forums.

Polluting space, eh?
First of all there is no “pollution” of space because:
pollution
/pəˈluːʃ(ə)n/
noun
The presence in or introduction into the environment of a substance that has harmful or poisonous effects.
Harmful or poisoning effects on what? On moons? On planets? On dark matter? NO, on living organisms.
How many living organisms can you find in space? None.

And second, EVE is a game and the forum is about the game, and bringing real-life issues in the forum is frowned upon and any argument that uses real-life examples is false in this forum.

So miners do not cause “pollution” and that line of thinking isn’t only flawed, it’s a copout and an excuse to bash on miners and nothing more elegant than that.