Mining with a Venture in lowsec - a complete desaster?

I tried some mining with a Venture in lowsec since the ship is cheap an easy to replace. I mined a shipload full of Gneis before the fist rats appeared and then warped out. I just wonder if it make sense to stay an let my two drones out (Acolyte II) . I managed to take out three rats in 0.5 space but I fear they are not strong enough for 0.4 sec when rats appear in cruisers. What are your experiences ?

If you turn on your afterburner and keep speed up by orbiting the rock, you can mitigate a lot of damage that way. If you also try to kill the NPCs in order from small to large (preferably the frigates that stop you from warping away first) you can try and see how long you can survive.

Most likely, you slowly see your health go down and may need to warp away to safety. You could then try another belt.

The +2 warp core stability bonus of the Venture means that you can often warp away in cases that other ships cannot, as it can ignore two warp disruptors or one warp scrambler.

Worst case, your Venture gets blown up by the NPCs or a player. But it’s cheap and easy to replace and you would have learned more about the limits of Ventire mining!

[quote=“Gerard_Amatin, post:2, topic:354723”]
Worst case, your Venture gets blown up by the NPCs or a player.
[/quote] Yes I counted that in, but I’d rather leave my drones and warp out instead of engaging in a fight with another player …

Are you a miner?

You could join a corp that has mining ops regularly or join a null alliance, they have better ores and people frequently mine there.

No, I’m not a miner. I just mine occasionally to get minerals for production. I made some mining-ops with a corp but I found that boring ans I love to be online when I have time and feel like and not when I’m obligated.

@Gerard_Amatin >>Thank your for your advice. I was mining in a hidden belt in 04. space today but encountered some rats after a few minutes. Since there were only two of them I tried to fight and sent my drones out. I managed to kill one rat and after my shieldbooster had drained my cap I had to warp out. I will try that again. Maybe with a better fitting and two Hornets II I will have a chance to take out two of them. What do you thing. Any advice for fitting will be welcome.

Here’s a Venture fit you could use:

Keep the rigs T1 though. T2 rigs are usually not worth the higher price unless you’re flying more expensive T2 ships.

@Gerard_Amatin >Thank you. I will get the rigs. The rest is already installed. I have to wait some more time to use the Hornets II. I’m afraid I dont have enough ISK right now to buy the skillbook. I wonder if I should use a drone-damage amplifier for the Hornet I until I can use the T2. I think I have one in my hangar. 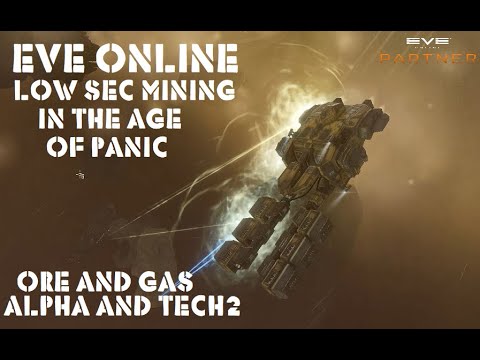 Oh if you cannot use T2 drones yet, don’t worry.

Any of the T1 drones will do fine. Hornets, Acolytes, Warriors or Hobgoblins are all good.

Drone damage amplifier can help you kill the rats easier, but it means you need to stay around longer to fill your ore hold. It’s a choice you can make.

@Small_Kitty_Paws > Quite an interesting tutorial but I fail to understand why the Rat-cruiser (Battleship) is no real danger to the venture.

Haven’t seen the video, but the bigger the enemy ship, the more trouble they will have tracking your tiny frigate while your afterburner is on and you have high transversal velocity by orbiting the rocks.

I used to mine ice a lot in a solo Endurance. Only the small enemy ships could hurt me, so I ignored the battleships and killed the small ships wth my drones.

Venture mining will be similar, if only a little less powerful.

It’s due to turret mechanics. Simplest way to explain it is that your venture is to small and to nimble for big guns on cruisers and battleship to effectively track you. Imagine that turrets have set, max traverse speed but you are moving faster and in result avoiding most if not all incoming damage.

Common example is X-wing attack on Death Start in Star Wars movies. Where also, big batteries on Death Star, even when very powerful. To slow to track small fighters at close range.

Whole range and tracking mechanics is real can of worms. Read linked article if you want (and really should at some point) dive deeper or watch some tutorials. Depending what is easier to understand. I just hope I at lest provided some outline.

If are mining in the same systems frequently, when you low sec mine.

Then you can place another ship in a station, that you can board, and then go out and kill the rats when they spawn.

Probably not a popular opinion, but could go a bit more damage-oriented instead? For example, some or all of…