The Monthly Economic Report for May 2018 is now ready! 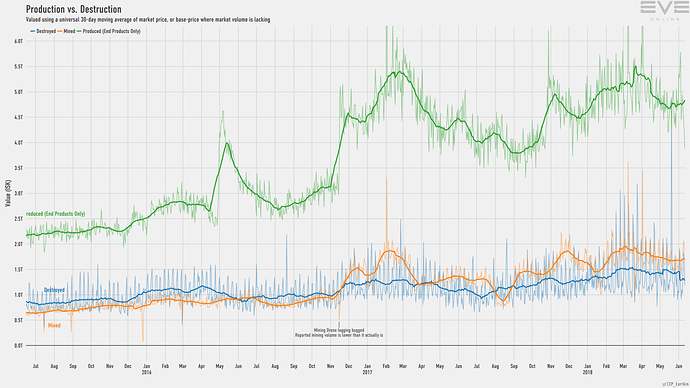 The raw data, including the killmail dump, can be found here (27.9 MB).

Any reason why there are no bar chars for destroyed and mining volume in this MER? Or has the display of that in easy to read bars become too disgusting even for you?

The first part of your bar chart question is totally legit - but did you have to take it in such a salty direction?

@CCP_Falcon / @CCP_Larrikin Any explanation what’s causing CPI to be lower whereas PPPI, SPPI, and MPI are all rising? Shouldn’t there be a correlation? One would assume that increased costs to producers would translate to higher prices in New Eden; therefore causing overall inflation.

Unless you guys pumping out free ships or “seeding the markets” is what we’re seeing a result of producers having vertically integrated* means of production and therefore not purchasing the raw materials on the open market? (ie. selling their wares under materials cost)

* Vertically integrated: meaning they mine their own rocks, reprocess, build, and then sell the final product without needing to buy from an outside supplier

I am vertically integrated…

cpi is rising. It’s just not risen as much as it dropped historically.
Also look at the delve figures. Specially their trade figures in and out vs their production figures. a lot of them have to be vertically integrated or near enough to with in house friends.

@Nevyn_Auscent Fair point, I was looking at the full history for CPI. The three year shows the expected trend. It would be great if they could provide a graph with the number of active players, returning players, and total accounts so we can compute a labor force participation rate.

@CCP_Larrikin can we get this?

You removed the mining amount by region to stop showing how UNBALANCED the game is regarding the income, since delve has 50% of all game mining… ?

There’s no in game reason other regions cannot mine as much as Delve. This is not an issue of mechanics favouring us, it’s an issue of other people not wanting to mine/organise/invest in their little slice of space the way we do. As such no amount of whining on forums or gameplay changes is really going to achieve anything.

There is ingame reason : the game allow perma-pop of source of income (mining and combat anomaly), so all players on the server can live in the same system and keep getting fat.

you speak about organisation / investment blablabla in delve, but it’s absolutly wrong, the only reason this region is such safe and crazily over others as a source of income is the stupid amount of people living there. If people were forced to SHARE a limitd amount of ressource in system/constellation, the game would be better for everyone.

Honestly it seems the source of your complaint is that you as an individual don’t like the fact that we have consolidated and organized ourselves to such a degree, and that by suggesting such things as mineral limiting or wide distribution you are hoping to curb our power and standing. Honestly it would seem that your suggestion about limiting resources come from being upset at our prosperity and yes, reinvestiture in our pilots, that have allowed us to continue to expand, reenforce and prosper despite outside threats.

Honestly the root of that prosperity comes from the fact that our leadership isn’t running around with their heads chopped off every month. Any group or organization could achieve the same provided they didn’t ■■■■ over their pilots and managed their territory well, add onto that taking your corporate taxes and doing things that actually help your pilots rather then pocketing it. And on and on and on about the various ways groups inefficiently and ineffectually organize themselves, before even getting onto the point of culture and group identity.

TLDR: Mining is fine. Bounties are Fine. Stop bitching about not being on top and organize yourselves better.

Apologies for the omissions, they weren’t noticed when we published!

Paraphrasing CCP: there are many many factors that come together, and some of these issues have to do with wealth concentration, with certain players that are difficult to touch inside the game.

That statistics make me though that at this point goons and goon alts are majority of actual activity in game. Can it be that CCP “doesnt want to stirr the bee hive” because of that? 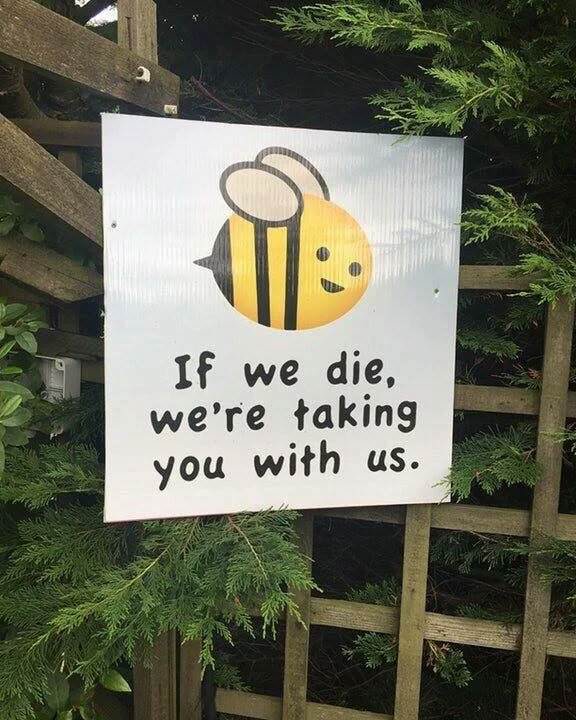 When are you reducing bounty payouts and spawn rates in null so people can’t print ISK out there?

Is it possible to get the Tech III subsystems category added to the EconomyIndiciesDetails.csv file for the past few months? The last month it is present for the CPI is July 2017. 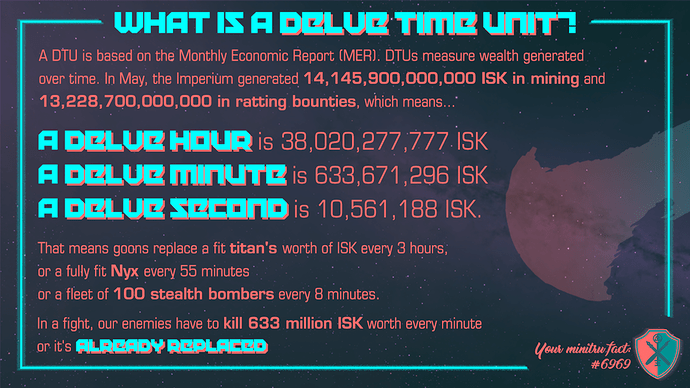 @CCP_Larrikin Again the question what happened with the import/export values between the Febuary and March 2018 MER? Were the old ones wrong or are the current ones?